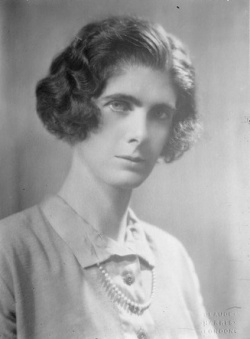 There is absolutely no cast-iron proof that all the Margery Bryces whose eponymous photographs we find on the internet are the daughter Margaret aka Margery (sometimes spelt Marjorie) of Mr and Mrs John Annan Bryce of Ilnacullin. But for want of any alternative one must trust to personal judgement.

As witnessed by this picture, she was strikingly handsome, albeit in a distinctly masculine way. One might have felt slightly uneasy when snuggling up to her at a party. But the androgynous look was becoming fashionable in the smart set of that late Edwardian milieu, and onwards into the 1920's, as it has also been in our own era. In times of uncertainty it's wise to keep all ones options open! 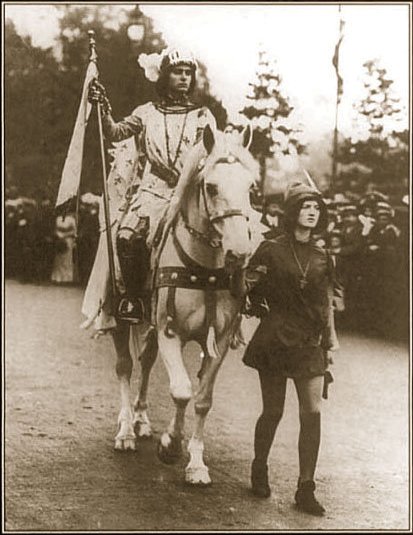 But this is indisputably Marjorie Annan Bryce on horseback, dressed as Joan of Arc at the Women's Coronation Procession, London, on 17 Jun 1911. The WSPU leadership (Emmeline and Christabel Pankhurst, Emmeline Pethick-Lawrence and Mabel Tuke) followed behind, together with "some forty [four?] thousand women from almost thirty suffrage organisations whose members celebrated Joan as a perfect symbol to lead women in their appeal for formal admission into the councils of the nation".

This was of course the Suffragette movement for the enfranchisement of women – which despite the impetus given by the First World War was not to be fully achieved in Britain until 1929.

Almost 30 years later, perhaps it is the same Margery Bryce that one sees in the theatrical directory shown below. The emphatic eyebrows have been plucked almost to the point of extinction, her eyelids are drooping and she's looking tired and rather dispirited. Her mother Violet died in November that year, there's no indication that she herself ever married, and perhaps she has lost the fiery political enthusiasms that inspired her decades earlier. 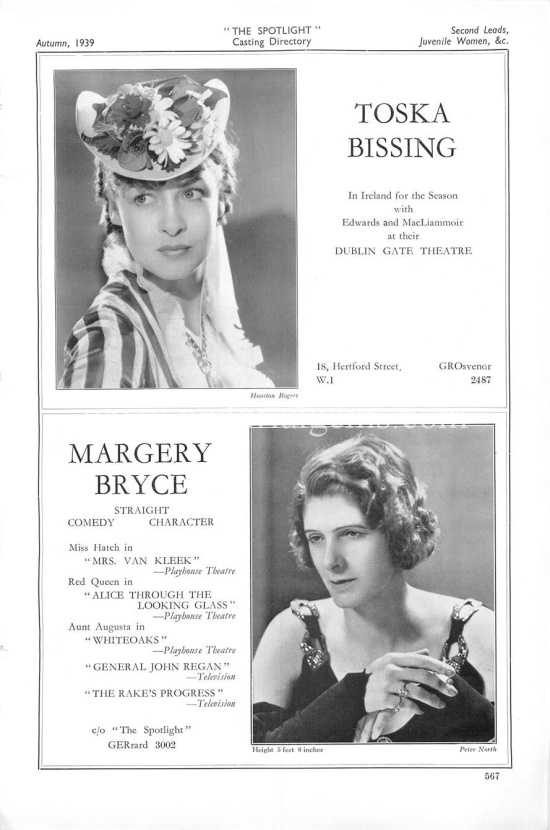