42 years on, Stirling should still shout
"F ck the Queen!"

After his motion to change the name of Queen's Court was scuppered yesterday, Alasdair Ibbotson has written a guest post for The Tab on why it's necessary:

On 12th October 1972, the Queen visited Stirling University and was met by a crowd of 400 people (the university only had 2,000 students then) opposing her presence on campus. In addition, there was a crowd out in support of the royal visit.

Today it seems that such enthusiasm on campus is long dead – just consider that the GM last night had to be abandoned because there were too few people to decide anything. 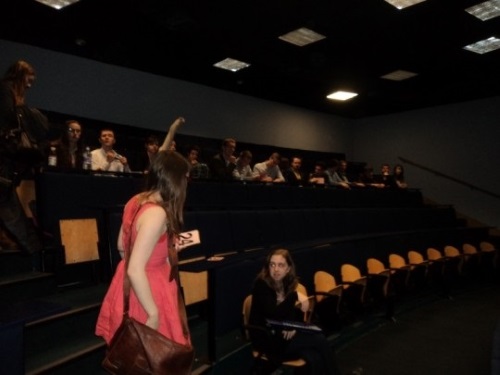 A thin crowd for the GM meant nothing could be passed

The Tab described the 1972 demonstration as one of 'Stirling's Best Bits' – and rightly so in my view. After all, what does our university and union stand for? Equality is one of our key values, and one we have a proud history of defending, be that equality for women, sexual and ethnic minorities, apartheid in South Africa or by promoting gender-neutral toilets, something else that had to be abandoned last night due to apathy. Above all, university is about equality of opportunity – the belief that anyone should be able to achieve based on their work, on the effort they put in.

The other side of the coin to this is the hereditary principle. Prince George already has more than most lecturers at Stirling. However cute you think he is, he needs a nanny and designer baby gear less than our lecturers need a pay rise. He's done less to deserve it as well, don't forget. After all, claiming that some people are entitled to greater privilege (ruling the country the greatest one) based on who they're born to is a slippery slope- do some children deserve more rights because they're born to white parents? 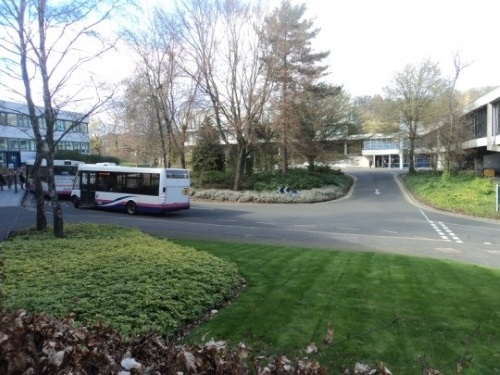 Queen's Court: a rose by any other name would still have as many buses

So why should we change the name of Queen's Court? Is it worth the hassle? Well, yes – saying we believe in equality of opportunity whilst the central bit of our campus (it's that roundabout outside the MacRobert where the buses stop if you didn't know) is named in honour of the highest hereditary office in the country does stink of hypocrisy.

It would be like trying to fight against apartheid whilst having a P.W. Botha Building on campus. Or, to push it a bit further, trying to fight sexism whilst naming somewhere Busgate Lane. In other words, it makes us seem daft, hypocritical, not arsed, or all three.

I'll be putting the motion to the next GM – hopefully enough people will turn up then. I personally favour renaming it Johannes-Butscher-Platz after our fabulous Union President, but the motion states that the new name should be decided by referendum; there's nothing like democracy to stick it to the monarchy! Of course, this does leave it open to us to honour Gerry McCormac – after all, a 6% pay rise isn't really appreciation enough, is it? 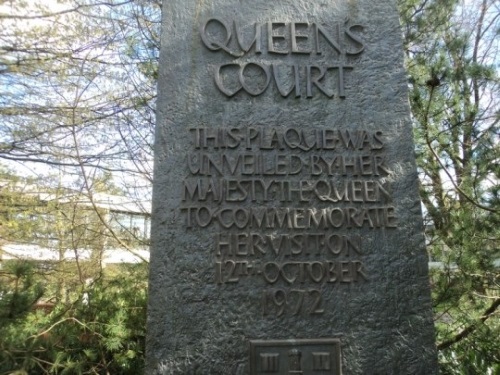 The protesting students got no such plaque

For the record, I've nothing against Mrs. Windsor, just everything she stands for. If you read the policies and values of the union and the university, then it would seem they agree with me on that. What we've got to do now is hold them to those values. Even if that means life imprisonment under S3 of the Treason Act 1848 (which you're now guilty of breaking as well, having read this article. Fortunately, the European Convention on Human Rights should protect you).

Stirling may have been founded by Royal Charter. But that doesn't mean we have to cosy up to archaic, discriminatory structures now. F ck the Queen!