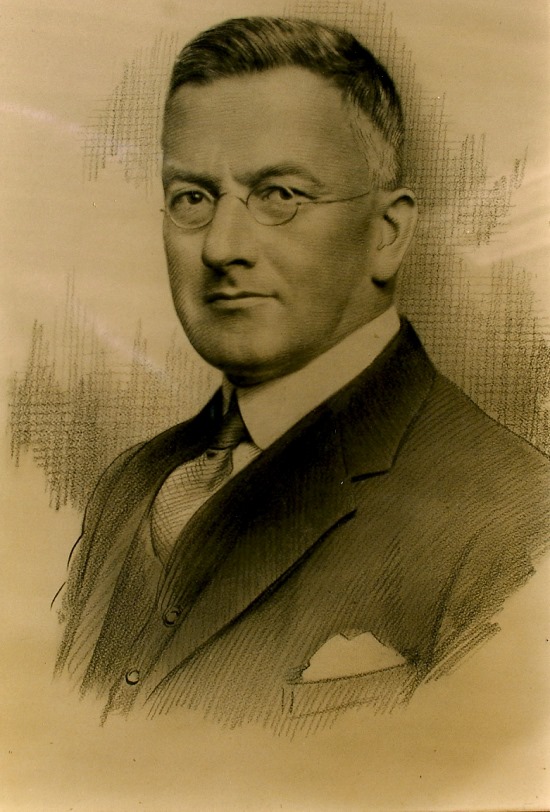 I am extremely grateful to William Wood of the Whitgift School Archives for a number of most interesting and helpful discussions as to John Donaldson's educational and military background, and the detailed information that he has most kindly provided.

John was the next younger sibling of May Donaldson, and though an interesting and admirable figure in his own right, he does in this context principally serve to cross-reference those rather few things that we would otherwise know about her family background. Though his sister May was born in Lambeth (or at least that was the registration district), John was born in "Kenmure", Park Road, Kenley (the registration district being Croydon) – he clearly retained happy memories of his childhood, as in adult life the address of his house in Hertfordshire was "Kenmure", Sandpit Lane, St Albans.

He was admitted to Whitgift School1,  2 at the age of 13½ on 19 Jan 1891 (at which time it was known as Whitgift Grammar School), with school registry number S1840, the prefix S possibly indicating the name of the School House to which he was assigned. His (late) father's occupation was recorded as "Merchant", and the family address as 80 Wellesley Road, Central Croydon. Prior to this, he had attended West Croydon School for four years (ie from the age of about 9); whether he had previously been educated at home, or at a dame school (as I was myself), for example, is still to be investigated.

He attended (St?) Stephen's College(?) for extra tuition (possibly in physics), during 1893/94, and left Whitgift at the age of 16½ during Aug 1894. He then studied at Finsbury Technical College and the City & Guilds College, prior to embarking on a most successful career§ in heavy electrical engineering.

As his obituary notes, John had a strong social conscience and was very involved with the maintenance of good industrial relations throughout his career, and the governance of Christ's Hospital, a charity school, giving children from poorer backgrounds the chance to have a better education (one of whom I might well have been myself in due course, had it not been for my father's rooted antipathy to boarding school education).

A thoroughly good man, in all probability strongly influenced by the Presbyterian upbringing which his sister May had repudiated. 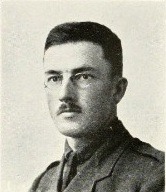 He served in the army¶ as a Captain (Service #mislaid) in the 16th (Battalion) King's Royal Rifle Corps1,  2,  3 of the British Army during the First World War. He was wounded at High Wood on 15 Jul 1916 during the Battle of the Somme, and awarded the MC for heroism.

It also seems that he was subsequently seconded to the Royal Flying Corps – unsurprising, of course, as his injuries may well have made him unfitted for ground warfare, and his technical knowledge and abilities would have been welcomed as war in the air became increasingly important.

There is, however, an unresolved contradiction between his obituary and another source that strongly implies that he didn't actually survive the Great War! It doesn't give any DOD, however, and as explained below$ was the result of a documentary misinterpretation.

Very little is known about John's younger brother Alexander Herbert Donaldson – even the day and month of his birth are uncertain. However, there is no record of his having attended Whitgift School.

He may have gone to Whitgift Middle School (in 1954 its name changed to Trinity School of John Whitgift) which at the time was in Old Town, Croydon, along Old Palace Road/Pump Pail quite close to the then Parish Church (now Croydon Minster).

He did however serve in the army as a Private (Service #510921) in the London Regiment of the British Army during the First World War.

Even less is known about their half-brother Frederick Donaldson, although he may be the one who (possibly) served first as a Private (Service #411362) in the King's Royal Rifle Corps (in which John had served as a Captain), and later in the Labour Corps, during that war.

(§) WNCC, Obituary of John Muir Donaldson, Journal of the Institution of Electrical Engineers, Issue 101, May 1963.

(¶) Croydon and the Great War: The Official History of the War Work of the Borough and its Citizens from 1914 to 1919: Croydon Roll of Honour. Edited by Ald. H Keatley Moore and W C Berwick Sayers (Chief Librarian). Published at the Central Public Library, Croydon 1920. 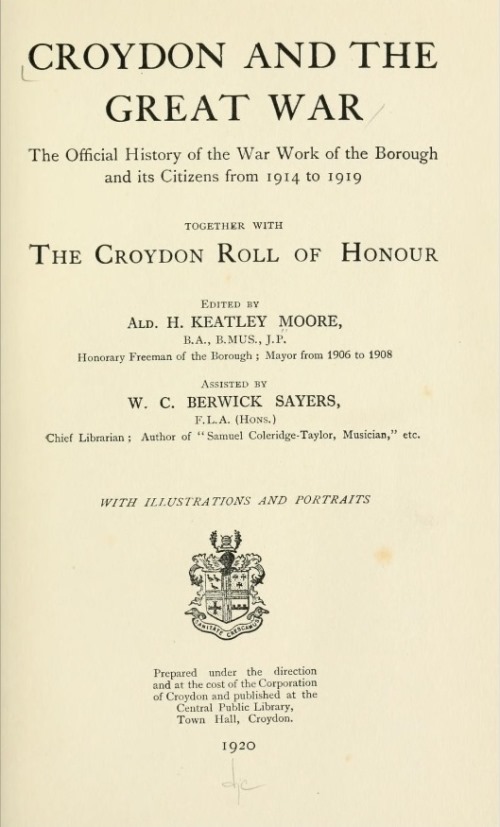 ($) Having looked at this excellent electronic version, the mistaken idea that John perished in WW1 becomes quite understandable - Plate VIII (containing his photograph) is located opposite p293 in the Glorious Dead section, whereas his MC entry is located on p426 in the Naval and Military Honours section. There's absolutely no implication that he had been killed.

Abroad on the Broads

Not mentioned in John's obituary is his love of sailing – he was for many years an avid inland navigator on the Norfolk Broads in his 28' gaff-rigged river cruiser Kenmure. 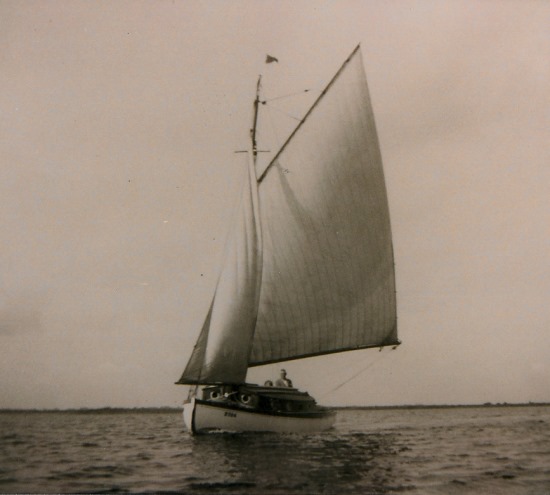 Click here for some fascinating online postings about Kenmure and John himself.
© ornaverum.org All rights reserved