Historians of logic tell us that Aristotle decided there to be four distinct types of causation of a process or an event or an outcome. And browsing randomly in a volume of the celebrated 1911 edition of the Encyclopædia Britannica a good while ago, I encountered indications that this had now been increased to eleven or thereabouts.

I don't think Donaldson would have had much time for such desiccated analysis of her decision to write this "animated biography" of Elizabeth Stuart, second daughter of King Charles I. For her I think there were three intertwined motivations – Charles was for her the supreme example of a Christian monarch, he had died nobly for his ideals when his daughter was but 14 years old, and the only account of that daughter's life (and early death) had long been out of print. 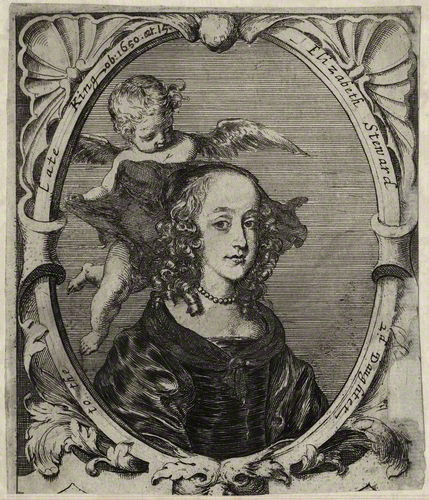 My personal opinion is that the Stuart monarchs were without exception a blot on our national copybook, but one has to respect Donaldson's viewpoint. Her own father died when she was but 6 years old, just as Charles had been executed when Elizabeth was still a girl, and it wouldn't be surprising if this were a factor in her autricial impulse.

But her stated reason for the biography was that the brilliant historian Mrs M A E Greene's account of Elizabeth Stuart in the sixth volume of her Lives of the Princesses of England, published in 1855, a century previously, had long been unobtainable. Well, Great Uncle Tonal, little could you have anticipated that all 6 volumes of this huge enterprise can now (Jul 2017) be downloaded from the internet! 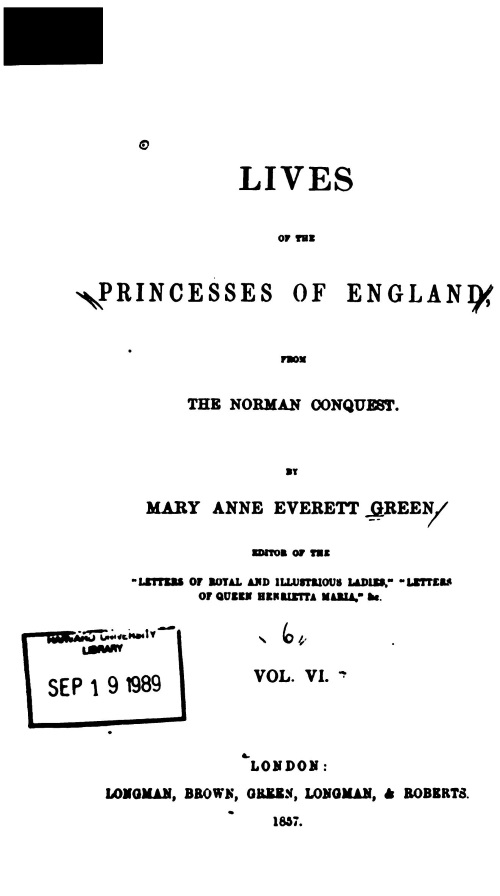 A very succinct recent account, less cluttered with detail, and more poignant, is strongly recommended as an overview.

I imagine it had been tactfully rejected as over-emotional and excessively (or at least, unfashionably) religious in its style. Or maybe she was overtaken by illness, or quite possibly the publishers themselves were taken over.