The name of Mary Stuart (7/8 Dec 1542 – 8 Feb 1587), Queen of Scots, is known to virtually everybody, though very few of us know anything much about her save for her execution – like Anne Boleyn, Catherine Howard and the particularly admirable Lady Jane Grey, a tragic victim of the exceptionally nasty power politics of the Tudor era. Daughter of King James V of Scotland, mother of King James VI of Scotland and I of England, she reigned as Queen of Scotland from 1542 until 1567. She had, however, a complicated series of marriages and love affairs, and inevitably attracted the attention of John Knox, (~1514 – 24 Nov 1572), the religious reformer who was busily importing Calvinism to Scotland.

He was twice married, and was possibly a lovable person in private, but with his enormous bushy beard and intemperate attachment to the crudest forms of male chauvinism (does that ring any bells, anyone?), allegedly sanctioned by the Old Testament, he was inevitably on a collision course with Mary QoS. Indeed he was author of the famous Trumpet Blast against the Monstr(u)ous Regiment of Women, who in my early adolescence I identified with an army of huge bare-breasted Amazons, having read about this in 1066 and All That.

She herself was Catholic, though had to tread a very wary path in public. 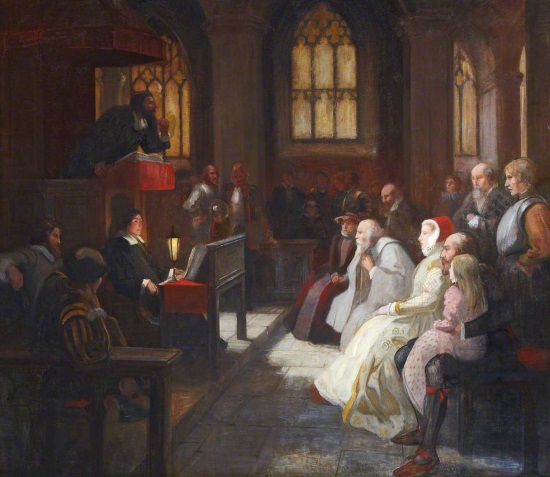 John Knox Preaching in St Giles Cathedral to a Congregation Comprising
Mary, Queen of Scots and Other Noble Personages

Indeed, as the picture above suggests, she probably had to attend his sermons in St Giles Cathedral from time to time (he was Minister there from 1560 until a fortnight before his death in 1572), in order to make some accommodation with the spirit of the age.

But she summoned him on several occasions to appear before her at Holyrood to explain his latest outbursts of criticism. The occasion described on pp 91-94 of The Lairds of Dun is undated, but Violet Jacob says it was in connection with Knox's opposition to her proposed marriage to Darnley, a Catholic. The Wikipedia article, clearly describing the same encounter, on 24 Jun 1563, mentions Don Carlos, the son of Philip II of Spain, rather than Darnley. Be that as it may, the episode is enthralling (and I particularly like the bit where he preached "forcefully and dismally" to her Ladies In Waiting in the antechamber afterwards). Notice also the mediating influence of our hero: "John Areskine of Dun, a man of meeke and myllde spirit, to mitigate her anger, praised her beautie and excellent parts" – that would sound a bit creepy these days, and indeed it only inflamed her further! 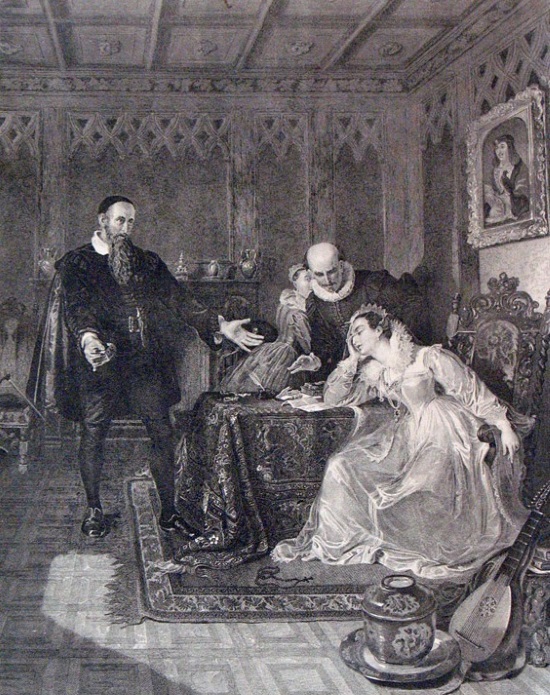 In general, though, she greatly admired the character and style of John Erskine, as we see at the top of p 91: " ... of all others I would gladly hear the Superintendent of Angus, for he is a mild and sweet-natured man, with true honesty and uprightness". And I think the artist Sir William Allan has conveyed this ideally in his portrayal above. 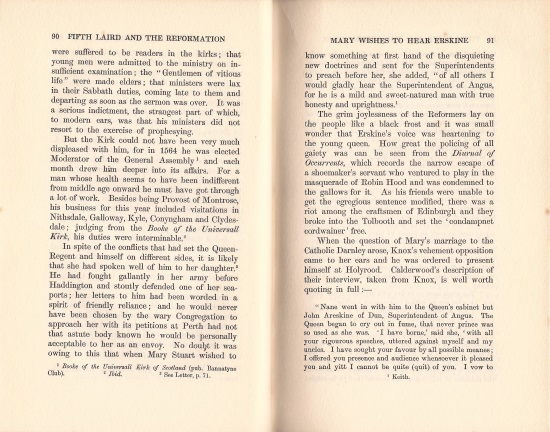 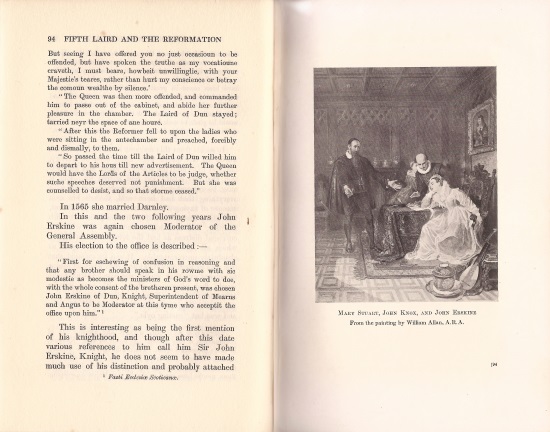 Not surprisingly, the high drama of this confrontation has inspired a good number of other artistic interpretations down the years, just a few of which are reproduced below. 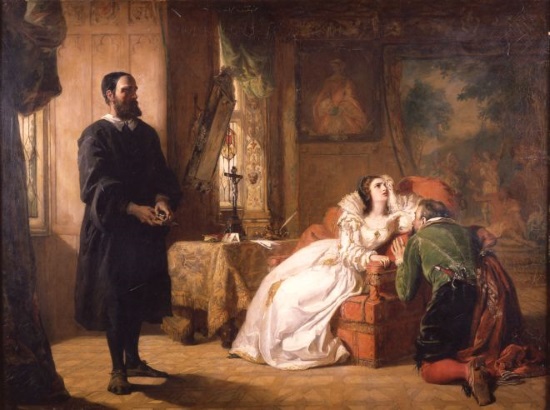 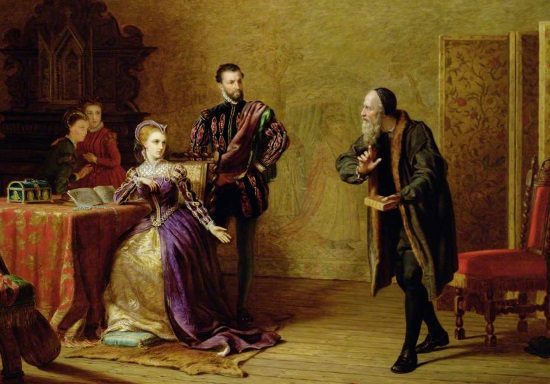 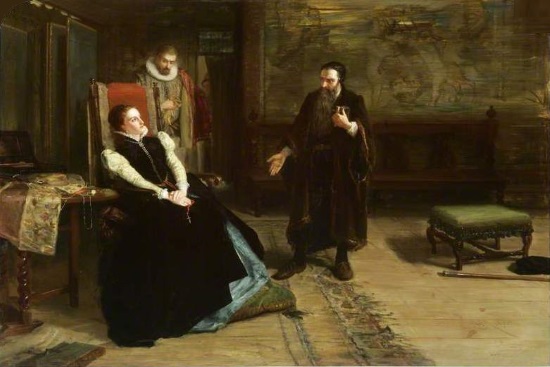