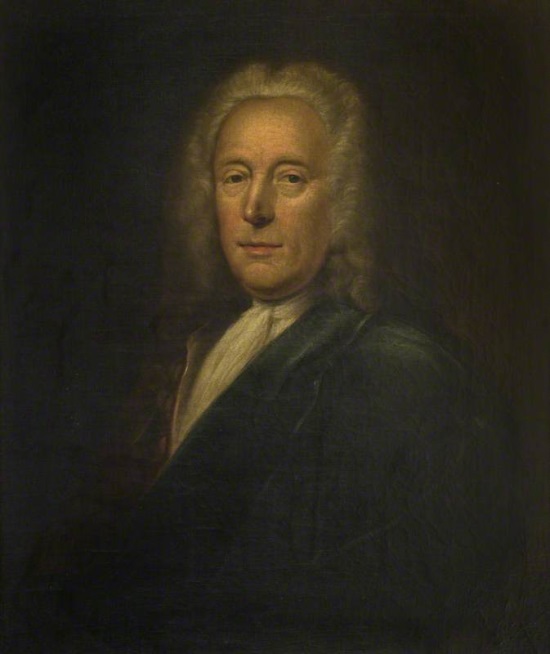 The HON. JAMES ERSKINE OF GRANGE, younger brother of the Earl of Mar, was a very remarkable character. His memory has been preserved mainly in consequence of his extraordinary abduction of his wife. He was admitted to the Bar in July, 1705, was appointed to a seat on the Bench in October, 1706 – no doubt through the influence of his brother the Earl, who was at that time Secretary of State for Scotland. In 1707 he was made a Lord of Justiciary, and in 1710 was appointed Lord Justice-Clerk. He had contracted a violent dislike to Sir Robert Walpole, and for the purpose of assisting the enemies of that minister in hunting him down, he offered himself a candidate for the Stirling Burghs. In order to exclude his vindictive enemy from the House of Commons, Walpole got an Act passed disqualifying judges of the Court of Session from holding a seat in Parliament., Grange was determined, however, not to be balked in his design, and he resigned his office, and was elected member for the Stirling district of burghs. Great expectations were entertained of the influence which he would exercise in the House. 'But his first appearance,' says Dr. Carlyle, 'undeceived his sanguine friends, and silenced him for ever. He chose to make his maiden speech on the Witches' Bill, as it was called; and being learned in daemonologia, with books on which subject his library was filled, he made a long canting speech that set the House in a titter of laughter, and convinced Sir Robert that he had no need of any extraordinary armour against this champion of the house of Mar.'

Carlyle speaks contemptuously of Erskine's learning and ability, and says he had been raised on the shoulders of his brother, the Earl of Mar, but had never distinguished himself. The minister of Inveresk, however, was too young to know him intimately, and he makes several erroneous statements respecting Grange's career. He was usually a member of the General Assembly, and voted with what Carlyle calls 'the High-flying party.' 'He had my father very frequently with him in the evenings,' Carlyle continues, 'and kept him to very late hours. They were understood to pass much of their time in prayer, and in settling the high points of Calvinism, for their creed was that of Geneva. Lord Grange was not unentertaining in conversation, for he had a great many anecdotes, which he related agreeably, and was fair-complexioned, good-looking, and insinuating. After these meetings for private prayer, however, in which they passed several hours before supper, praying alternately, they did not part without wine, for my mother used to complain of their late hours, and suspected that the claret had flowed liberally. Notwithstanding this intimacy, there were periods of half a year at a time when there was no intercourse between them at all. My father's conjecture was that at those times he was engaged in a course of debauchery at Edinburgh, and interrupted his religious exercises. For in those intervals he not only neglected my father's company, but absented himself from church, and did not attend the Sacrament, which at other times he would not have neglected for the world.''

Mr. Erskine's wife, Lady Grange as she was called, was Rachel Chiesley, the daughter of Chiesley of Dalry, who shot President Lockhart, 31st March, 1689, in the Old Bank Close, Lawnmarket, Edinburgh, in consequence of a decision given by him in an arbitration, that Chiesley was bound to make his wife and family an allowance. There can be no doubt that there was madness in her family, and the lady was a confirmed drunkard. She had been very beautiful, but had a most violent temper, and, becoming jealous of her husband, she employed spies to watch him when he visited London, and is said to have often boasted of the family to which she belonged, hinting that she might one day follow her father's example. Her husband declared that his life was hourly in danger from her outrageous conduct, and that she slept with deadly weapons under her pillow. According to Wodrow, 'she intercepted her husband's letters in the post-office, and would have palmed treason upon them, and took them to the Justice Clerk, as is said, and alleged that some phrases in some of her lord's letters to Lord Dun, related to the Pretender, without the least shadow for the inference.' Carlyle says her husband 'had taken every method to soothe her. As she loved command, he had made her factor upon his estate, and given her the whole management of his affairs. When absent he wrote her the most flattering letters, and did what was still more flattering: he was said, when present, to have imparted secrets to her which, if disclosed, might have reached his life. Still she was unquiet, and led him a miserable life.' Though she had agreed, in 1730, to accept a separate maintenance, with which she would be satisfied, she still continued to persecute and annoy her husband in the most violent manner.'

The outrageous conduct and alarming threats of this wretched woman at length caused Grange to take measures for her confinement in a remote and solitary spot in the Highlands. On the evening of 22nd January, 1732, Lady Grange, who was living in lodgings next door to her husband's house, was seized and gagged by a number of Highlandmen who had been secretly admitted into her residence. She was carried off by night journeys to Loch Hourn, on the west coast Highlands, and was thence transported to the small and lonely island of Hesker, where she remained five years. She was then conveyed to St. Kilda, where she was detained for seven years more, and ultimately to Harris, where she died in 1745. It was not till 1740 that some rumours got abroad respecting her abduction, and the wretched condition in which she was kept, but no effective measures were taken for her release. She affirmed that the men who carried her off wore Lovat's livery – probably meaning his tartan – and that Lovat himself had an interview at Stirling with the person in charge of her captors to make arrangements for her journey. Though that consummate villain denied the charge in the most vehement terms, there can be little or no doubt that it was true. 'As to that story about Lord Grange,' he said, 'it is a much less surprise to me, because they said ten times worse of me when that damned woman went from Edinburgh than they say now; for they said it was all my contrivance, and that it was my servants that took her away; but I defied them then, as I do now, and do declare to you upon honour that I do not know what has become of that woman, where she is, or who takes care of her; but if I had contrived, and assisted, and saved my Lord Grange from that devil who threatened every day to murder him and his children, I would not think shame of it before God or man.''

The Laird of M'Leod, to whom the island of St. Kilda belonged, was believed to have been Lovat's accomplice in this lawless deed. 'What was most extraordinary,' says Carlyle, 'was that, except in conversation for a few weeks only, this enormous act, committed in the midst of the metropolis of Scotland, by a person who had been Lord Justice-Clerk, was not taken the least notice of by any of her own family, or by the King's Advocate, or Solicitor, or any of the guardians of the laws. Two of her sons were grown up to manhood; her eldest daughter was the wife of the Earl of Kintore; they acquiesced, in what they considered as a necessary act of justice, for the preservation of their father's life. Nay, the second son was supposed to be one of the persons who came masked to the house, and carried her off in a chair to the place where she was set on horseback.''

A curious paper, written partly by Lady Grange, partly by the minister of St. Kilda, found its way to Edinburgh, and fell into the hands of Mr. William Blackwood, the well-known publisher. It was purchased by John Francis, Earl of Mar, and, along with some letters from that lady, was presented to the Marquis of Bute. This interesting document, which is dated January 21st, 1746, gives a long and minute account of Lady Grange's abduction, and of the treatment which she received from her captors and successive custodians, which bears the stamp of truth. It was published in the Scots Magazine for November, 1817, by a gentleman who had obtained a copy of the paper.'

Grange left a diary, a portion of which was printed in 1834, under the title, 'Extracts from the Diary of a Member of the College of Justice.''

The forfeited estates of the Jacobite Earl of Mar were purchased from the Government by Erskine of Grange. His two eldest sons died young. James, the third son, an Advocate, was appointed Knight-Marischal of Scotland in 1758. He married his cousin, Lady Frances Erskine, only daughter of the Jacobite Earl of Mar, and died in 1785, leaving two sons. The Mar titles were restored by Act of Parliament to the elder son, John Francis Erskine, in 1824. They are now possessed, along with the estates, by a descendant of his younger son, WALTER HENRY ERSKINE, Earl of Mar and Kellie.