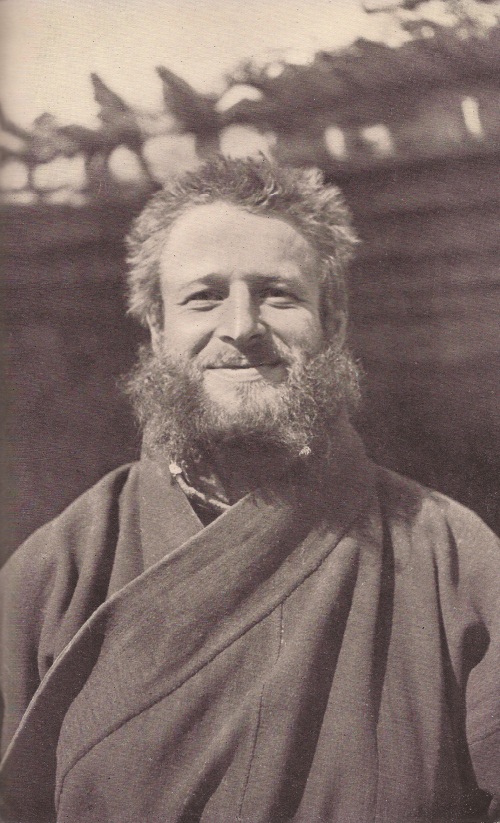 The British explorer and natural history collector Ninian John Frederick Hanbury-Tracy was born in Midlothian, Scotland, on 7 December 1910 and died at Chippenham, Wiltshire, England on 25 June 1971. He was the grandson of Charles Douglas Richard Hanbury-Tracy, 4th Baron Sudeley (1840-1922), a Fellow of The Royal Society, Liberal politician and Member of Parliament from 1863 to 1877.

In 1935 he married Blanche Mary Arundell (1908-1993), whom he divorced in 1954 to marry Daphne Farquhar née Henry (1928-1983) in the same year. Hanbury-Tracy served as an official in the Sudan, mountaineered in the Alps, navigated by canoe over the Danube to the Black Sea, and walked across part of Lapland.

In 1935-1936 he joined Ronald Kaulback on an expedition to Tibet with the goal of mapping a part of south-eastern Tibet and discovering the sources of the Salween. In order to cover more ground, they went their separate ways on this expedition part of the time. On this expedition they also did some collecting, in particular insects and spiders. Kaulback and Hanbury-Tracy each wrote a book about the expedition, respectively entitled Salween and Black River of Tibet.

In 1938-1939 Hanbury-Tracy and his first wife went on a plant-collecting expedition for The Royal Botanic Gardens at Kew in the Venezuelan and Columbian Andes.

Hanbury-Tracy served during WWE II, first (1940-1942) with the Scots Guards, and later (1944-1946) with Force 136 (as a Special Operations Executive) in India, Burma and French Indo-China. In 1946-1947 he was appointed to the Far Eastern Information Department, Foreign Office, at Singapore.

To quote verbatim from Admiral Sir William Goodenough's introduction to Black River of Tibet cited below, "Hanbury-Tracy was no newcomer to travel when he set out with Kaulback ... [He] knew his surveying work well, and that part of the work, especially when for some weeks he was separated from Kaulback and working on his own, is of great value to the geographer. The Sudan had seen him as a junior offiicial, he had climbed in the Alps, navigated the Danube by canoeB to the Black Sea, worked his [sea] passage from Constanza to Liverpool, and walked across part of Lappland."

And of course Hanbury-Tracy was more of an age with Kaulback than Kingdon-Ward had been, and one might well expect that it was a more comfortable relationship. JHT and his second wife Daphne were always most welcome visitors to Ardnagashel, the hotel established on the shores of Bantry Bay by Kaulback after WWII, and he was very popular with the young Kaulback daughters, whom he christened The Nugglies. 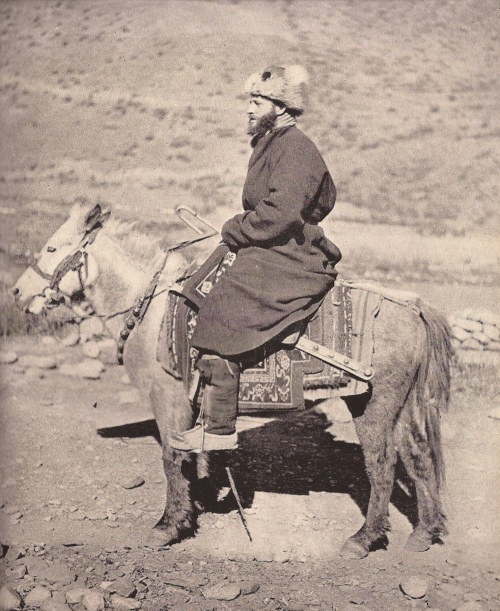 "Riding in Tibet is a doubtful pleasure" (JHT) 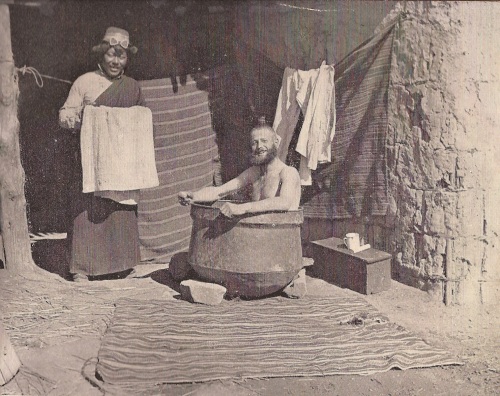 "My bath in a Monastery tea-kettle" (JHT)

JHT's own fascinating narrative of the expedition was published as

devoted to the expeditions of Kingdon-Ward, Kaulback and Hanbury-Tracy, as outlined in its Introduction

But this was by no means the end of JHT's explorations ... as recounted in the following botanical bulletin:

He and his (first) wife Blanche camped out in the Venezuelan and Colombian Andes for four months and very successfully collected a large number of outstanding botanical specimens for the Royal Botanic Gardens at Kew, as recounted in the following botanical bulletin:

the first page of which is reproduced below .... 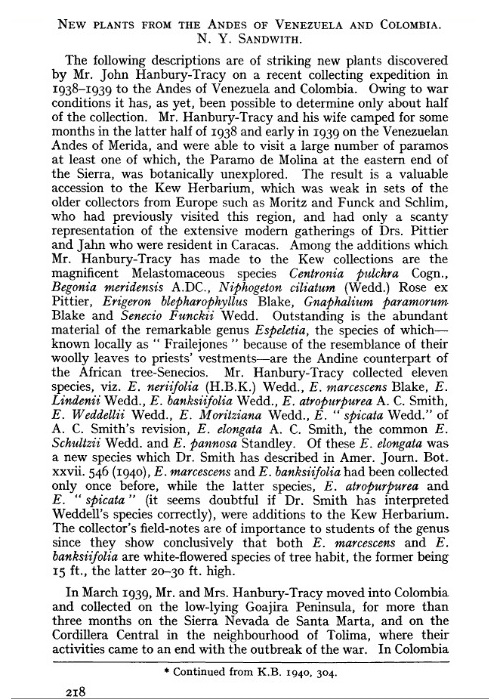 But then came WWII. However, his detailed and profusely-illustrated account of the expedition was published just a few years later.