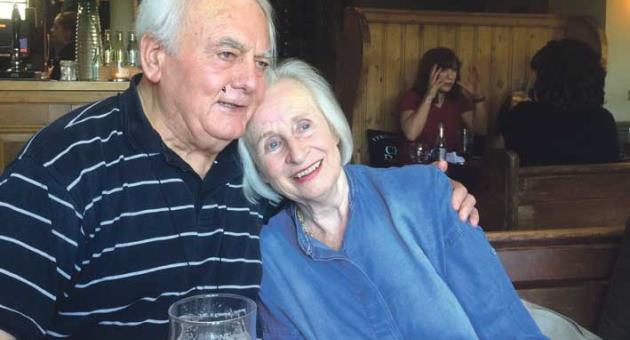 Off for a couple of weeks to Cheltenham and the Cotswolds and peace, tranquillity, an abundance of greenery, beautiful architecture, peaceful living and faithful friends. And what bliss it is to sleep under a light quilt knowing that in the meantime, in Malta, one cannot survive without an airconditioner.

One highlight of this trip was lunch at the Polo Pub in Cranham, a get-together with Jo Xuereb-Brennan, his wife Annette, Edgar Huber and his wife Marlene and last but not least in the group my generous landlord David Elyan, who had come up from the Isle of Man, where he lives, when he isn't travelling, to meet the publishers of his autobiography, a draft of which I have read. A fascinating read.

I knew Jo's family had had an interesting history but I wanted to know more. Jo and Annette obliged as we sat down to our meal.

Jo was born in Italian Libya in 1938 to George Xuereb and May née Brennan. His father was the junior partner in a business established by his father, Antonio, in 1911, when Libya was an Ottoman possession. In fact, Antonio Xuereb was instrumental in the success of the Italian takeover of Libya, for which he was rewarded with a grant of land in Beida. "This was planted with vineyards that became lucrative only after his death in 1936," Jo related.

In 1940 Italy entered the war and the Xuerebs were interned. "Our escape is another story, but suffice it to say that it was organised from outside by my father's brother and senior partner, Joseph," Jo continued. 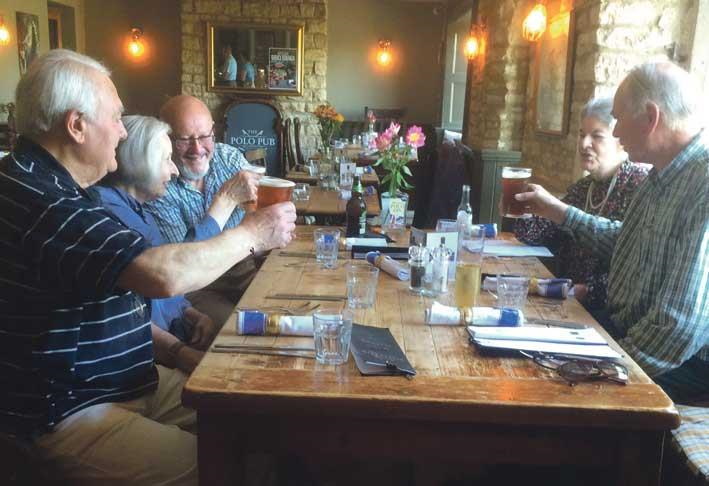 Joseph was on the run, hunted by the Italians, but hidden by his Arab employees. After recapture in Sicily, in an exchange of captives, the family made it to Malta, where they sustained the worst of the aerial bombing. "My father immediately joined the army and was posted to Egypt and then India where, as a captain in Intelligence, he became commandant of the Axis prisons in Bhopal."

After the war, Jo's uncle, Joseph, who had been liberated by the British, was transferred to Ethiopia and Eritrea, where he very quickly started another business in a number of enterprises. And that, Jo said, is yet another story.

(I shall remind him to tell me about it when we next meet.)

"My father, after a lengthy demob process, together with my mother, my sister Vicki (born in Malta in 1940) and myself, joined his brother in Asmara. It is here that Vicki and myself learned Italian in a Catholic school, English in an Army school, a smattering of Tigray in the kitchen, and equestrianism in Campo Cicero."

But the time had come for a better organised approach to their education. Consequently they were sent to Malta, Jo to St Edwards, Vicki to the Sacred Heart Convent, my old school. Jo told me that Vicki didn't get on there and was sent instead to the Sacred Heart in Hove, Sussex, where she thrived. "I sustained the rest of my schooldays in St Edwards but with the holidays in Benghazi, Libya."

The names of Neville Gatt, Mario Said and Norman Spiteri were mentioned in passing as they were at school with Jo, and later a photo was found but it is too small to reproduce here.

The business in Libya had by this time been taken over by Jo's father on the death of his brother.

"I went to Edinburgh to read Science. But the sudden freedom went to my head and making whoopee took priority over studies. I was not thrown out, but it was a close run thing,"Jo recalls. He was then welcomed at Trinity College Dublin where he got on very well and graduated in Arts, MA.

His sister Vicki entered an Architect's office. She married an Irish Civil Engineer and had six very successful children, one of them a professor of Geology and a Fellow of Trinity College Dublin.

At teatime afterwards, chez Annette and Jo, I was shown a copy of the book Beyond the Ghibli. Vicky had written it mainly to put on record for the family her life with Donal Crowley and their children. "The resulting work so impressed the Irish president that he publicly endorsed it, so that it got wider acclaim than expected. As an account of the family and its fluctuating fortunes and tribulations it falls short of the full history. But then it was not intended as such," Jo explained.

Jo's other sister Alex, lives in Malta and is married to Maurice O'Scanaill, the vet, author and crossword compiler. I had met both of them a number of times.

How did Jo finish up teaching English to the English? "Now educated but not trained for any profession or trade, I did a number of mostly menial jobs in London until my friends persuaded me that I was wasting my time. Unbeknownst to me they had applied in my name for a job teaching at Wembley Grammar School. I found that teaching came naturally to me and that year I had a total success," he recalled.

Jo was brought up in a Babel of different languages and says he always did better with them than with other subjects.

On a visit to his parents in Libya he was offered a post as lecturer at the university in Benghazi. He did not renew the further two year contract he was offered because he got married to Annette and Libya was not the best place for women.

How had Jo and Annette met? "In London two years before we were married."

When they returned to England, Jo worked in various schools until he became English Master at Marling in Stroud. There he worked for twenty years until he took a government opportunity for early retirement. In 1968 Jo and Annette's union was blessed with a daughter, Cathleen.

I turned to Annette who, until recently, had worked for the author Jilly Cooper, who lives in the vicinity. Annette's father, Frank Ormrod, was an artist. I had, in fact, already admired his paintings at their cottage the last time I was there. "He trained and taught at the Slade and then the School of Fine Art at Reading University. He had designed fabrics for Liberty's and Bakers and his work is stored in the V & A. He exhibited his paintings in various places including the Royal Academy," Annette explained.

Her mother was the daughter of a Colonel in the Indian Army who was shot by an insurgent.

Annette was born in England at the height of the Blitz in 1940 and although they lived in Berkshire, where it was safe, she has many memories of the war and vividly recalls the droning of aircraft and the 'blackout.'

After boarding school she trained as a nurse in Oxford but did not continue with this career and after becoming a tutor to the children of the First Secretary in the French Embassy in Moscow at a very interesting time (1961) and the Cuban crisis, she returned to England, subsequently moving to London to share a flat with a school friend, who, as it happens Jo had known of in Dublin.

"We girls decided to have a party and Jo was amongst the guests. I remember being quite struck by him immediately and he did ask me to have supper with him but I had already accepted to have supper with another chap so I regretfully refused and thought I would never see Jo again, but the very next day we fortuitously met again. And that was 'it' - as far as I was concerned anyway."

In brief, Jo was due to return to Benghazi so they corresponded for a year. He returned to England in July 1964 for a holiday and they got engaged but Jo had to return to Benghazi to fulfil his contract. In the meantime Annette got a secretarial job in Benghazi with, as it turned out, a friend of Jo's.

After all this coming and going, Jo and Annette were married in the cathedral in Benghazi and she was warmly welcomed by Jo's parents. "I was sad not to have my family around me, but being with Jo was more than compensation. In 1965 we returned to England and moved quite a bit as Jo obtained different jobs. After living in various places we settled in Gloucestershire where we have lived happily since."

Will either of them be writing their autobiography like David and Jo's sister Vicky? No, this doesn't interest them. However, their niece, Lucy Tritton, is writing one of Frank Ormrod, Annette's father. She has raided their photograph albums and letters. "I hadn't realised how much material could emerge, a lot of it set in the First World War," Annette tells me.

Frank began a diary of his experiences in that conflict, encompassing Malta and Thessaloniki. Surely that's a good basis on which to build a biography.

People's lives continue to fascinate me. We all have a tale to tell, some of us several tales. All you have to do is ask.