Echoing the more complete family tabulation already given, here is a glimpse of his early childhood. 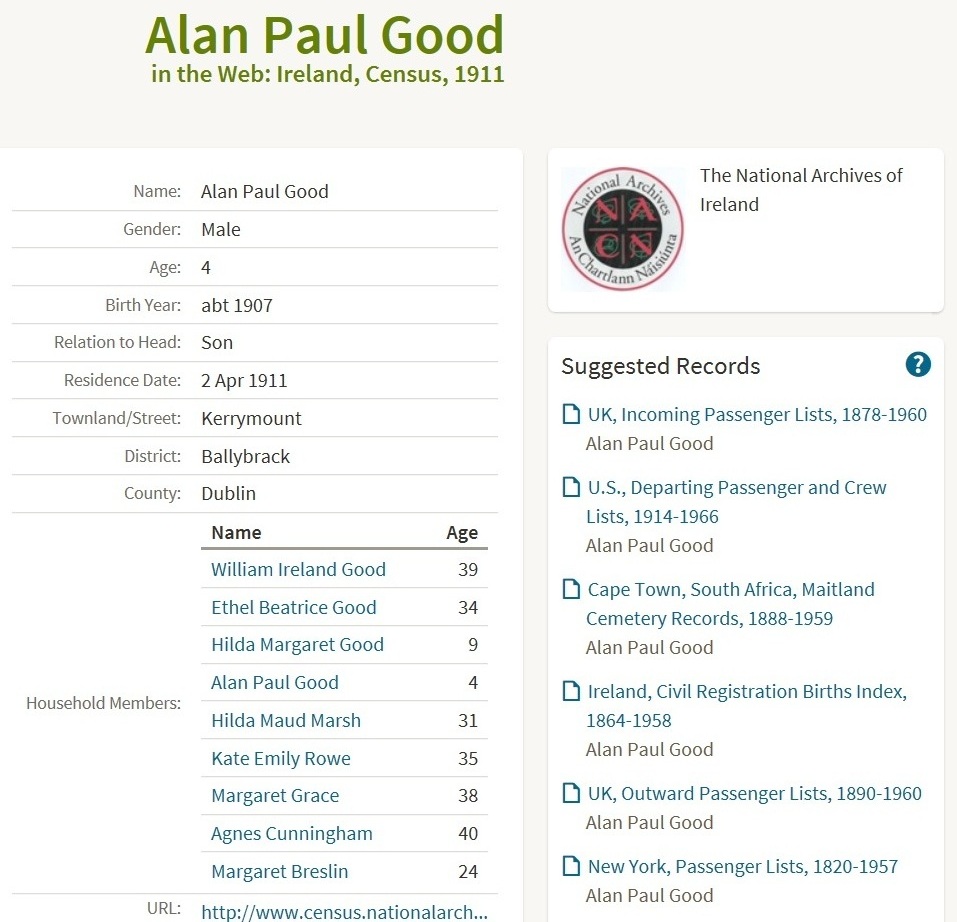 and here an obituary of his stratospheric career in the British engineering industry (click here for a detailed timeline).

WE record with regret the death of Mr Alan Paul Good, of Glympton Park, Woodstock, which occurred in South Africa on Tuesday last, February l0th, after a long illness. Mr Good, who was forty-six, had, for some years, occupied a prominent position on the commercial side of the British oil engine industry.

Alan Good was born at Foxrock, near Dublin, in April, 1906, and was educated at Marlborough and Oxford, where he took his law degrees. Subsequently, he became a partner in a London firm of solicitors, but he soon left the law for commerce, and by 1935 was confining his activities almost wholly to the engineering industry.

Mr Good was largely responsible for the formation of the Brush-ABOE group of companies, which now includes the Brush Electrical Engineering Company Ltd, and Associated British Oil Engines Ltd.

He became deputy chairman of the Brush Electrical Engineering Company Ltd, in 1939, and two years later was appointed chairman of the executive committee and managing director. The formation of Associated British Oil Engines Ltd, followed, the constituent companies being Petters Ltd, Mirrlees, Bickerton and Day Ltd, J and H McLaren Ltd, The National Gas and Oil Engine Company Ltd, and Henry Meadows Ltd. In addition to his responsibilities in the direction of these interests, Mr Good was chairman of Associated British Engineering Ltd, and Heenan and Froude Ltd.

Unfortunately, failing health compelled Mr Good to relinquish his position as managing director of the Brush-ABOE group last October. He remained deputy chairman and, despite his deteriorating health, continued to the end his keen interest in the affairs of the group.

This however makes no mention of his passion for fast cars (shared with his brother Bill) and motor racing. 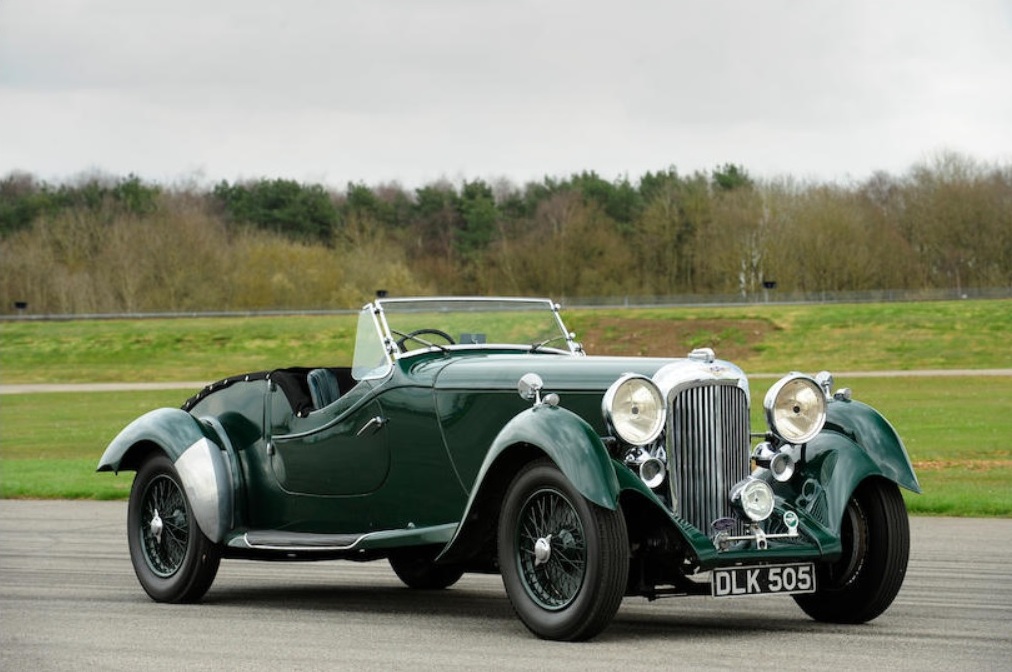 One of only 25 LG45 Rapides manufactured, chassis number '12171/R' is the 8th made and was, we understand from recent correspondence on file, first owned by Alan P Good, Chairman of Lagonda Motors. The (copy) order card states that the car was ordered on 28.10.36 and delivered on 20.2.37 complete with body number '7238' and engine '12171 LG45/348R/S3'. The original finish is recorded as grey with red leather interior and polished walnut wood trim. Good kept the Rapide until 1938, its next known owner being Jesse Heitner, editor of Sphere and Britannia & Eve magazines. Heitner was followed by Dr Charles Faulkner II of New Hampshire, USA, who owned the Lagonda from 1954 to 1997; a total of 43 years or more than half its life. 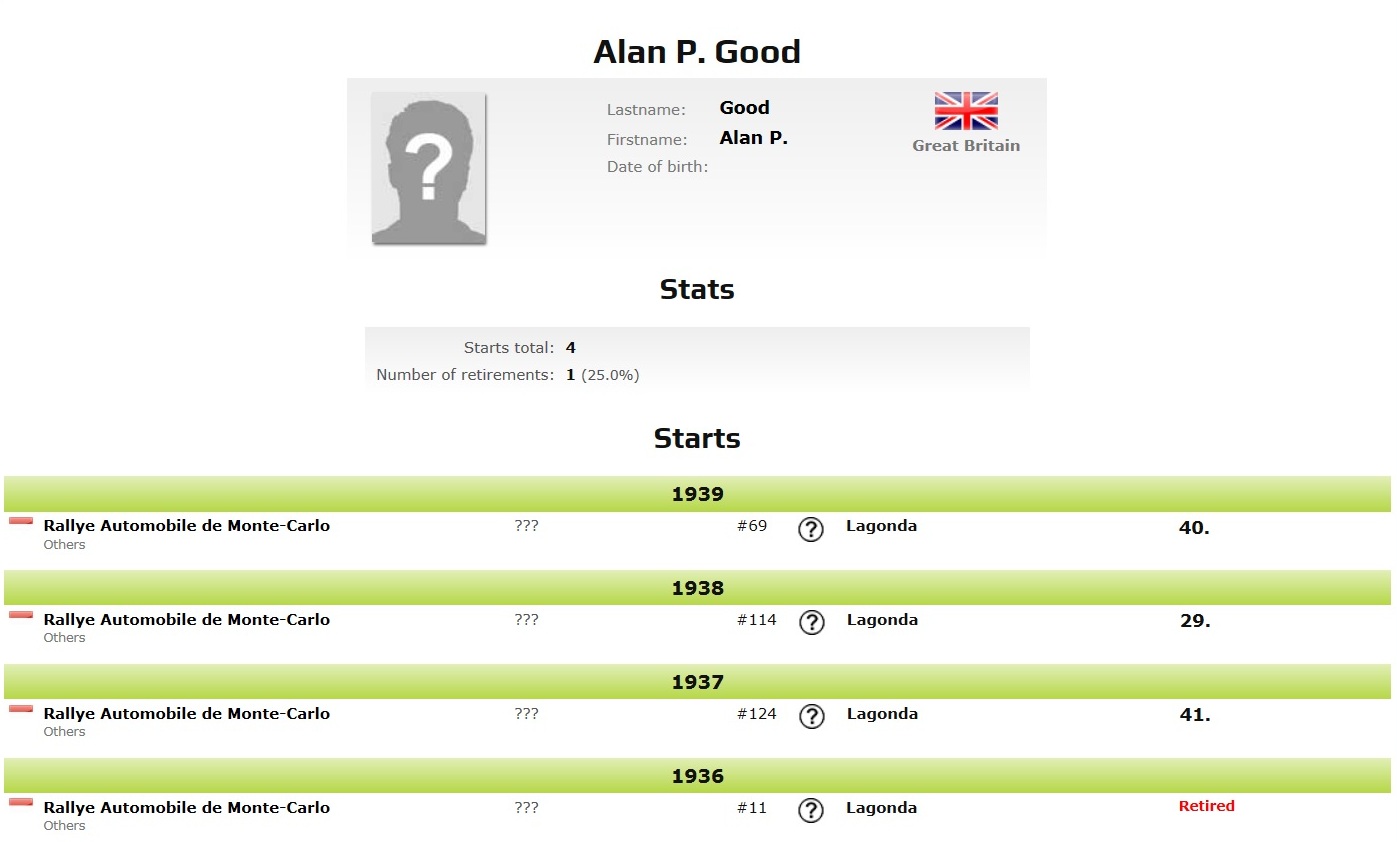 (a very creditable track record for an amateur driver)

The estate referred to in the anecdote about the cream was Glympton Park in Woodstock. It clearly wasn't just an idle trophy acquisition, as he evidently furnished the house with great taste and discretion 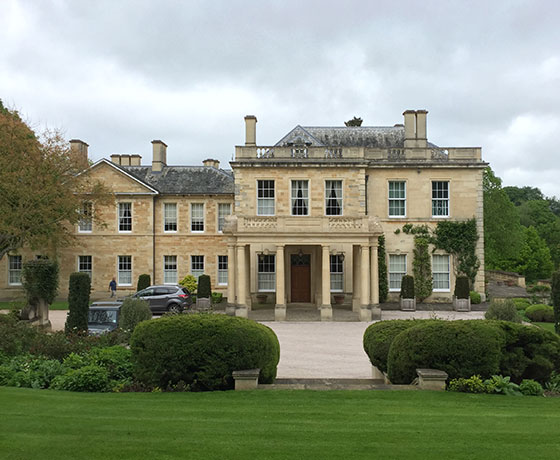 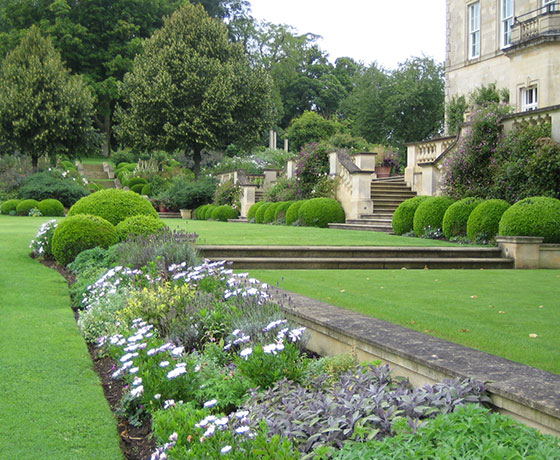 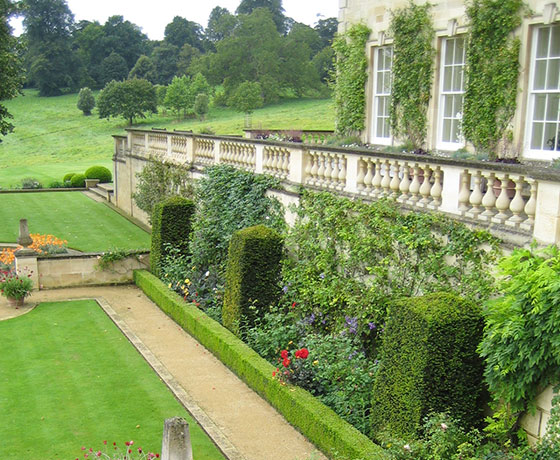 Alan P. Good (1906-1953) was president of the Lagonda automobile company. He bought Glympton Park in 1944 from the Barnett family who had owned the house since 1846, when George Henry Barnett inherited it from his uncle, Sir Jacob Wheate, 5th Baronet. The Wheate family had owned the house since 1633. The contents were dispersed by the Barnett family in a sale at Christie`s London, 6th October 1944. Since 1992, Glympton Park has been the property of Prince Bandar of Saudi Arabi, nephew of the King.

Alan Good was an important collector of French furniture and his collection included pieces by major makers such as Riesener, Weisweiler, Heurtaut and Dubois. A rare Louis XV tortoiseshell and ebony commode, attributed to the Maitre aux Pagodes, formerly in his collection, was sold Christie`s New York, Important French Furniture from the Collection of the late Joanne Toor Cummings, 21st May 1996, lot 238. Another commode, now in the collection of the Metropolitan Museum, New York, (reference: 64.101.111) was also formerly in the Good collection. Good assembled his collection between 1944 and 1953 buying at many important sales such as the Collection of 7th Earl of Wilton, Christie`s London, 2nd July 1950.

His death, just over a year after his brother Bill, must have seemed very spooky to his family and all who knew and admired him – but he had been ill for some time and given his high-pressure lifestyle (not to mention his love of dairy produce) he was probably destined for heart disease of some kind or another. And despite his great wealth, nothing could be done; it's interesting that he died in Stellenberg, not far from the Groote Schuur hospital, subsequently acclaimed for revolutionary heart surgery by the likes of Dr Christiaan Barnard.

Why, you may ask, am I particularly intrigued by APG?

There are three reasons, I suppose