In 1883 he became interested in the work of the China Inland Mission and was the first of the Cambridge Seven to apply to work with this mission.

Though not himself a graduate of the University in question, as the others were, he was a de facto member of the Cambridge Seven, all born-again Christians, and the advance publicity for their departure in 1885 for this idealistic work in China electrified the British and American publics.

The conversion and example of the Seven, was one of the grand gestures of 19th century missions – making them religious celebrities. Their story was published as "The Evangelisation of the World" and was distributed to every YMCA and YWCA throughout the British Empire and the USA. For a month before their departure in 1885, the Seven toured the University campuses of England and Scotland, holding meetings for the students. Queen Victoria was pleased to receive their booklet of personal testimonies.

Their work for the China Inland Mission helped to inspire many recruits for the CIM and other mission societies. In 1885, when the Seven first arrived in China, the CIM had 163 missionaries; this had doubled by 1890 and reached some 800 by 1900 – which represented one-third of the entire worldwide Protestant missionary force. 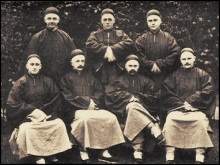 The Cambridge Seven
(DEH is second from LHS Front Row)

In the year following his arrival in China, Hoste was ordained as a pastor. He wore Chinese clothes, ate Chinese food, and gained a lifelong insight into the Chinese mind.

He was General Director of the CIM from 1902 until his retirement in 1935. Interned by the Japanese in 1944/45 (as also were his son Dick, daughter-in-law Norah and grandchildren), he eventually returned to England and died in 1946. Evangelism and missionary work are regarded with the deepest suspicion these days, but one can only admire the dedication and commitment of Hoste, and others like him, who endured such hardships and personal danger in the furtherance of their beliefs.

A modern account of this mission was published in 1955,

and re-issued in 2009 by History Makers (Christian Focus). 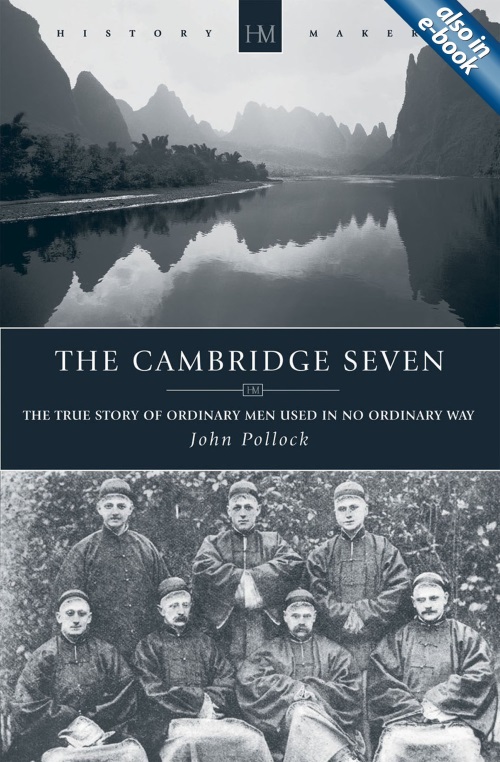 Though historic, of course, this isn't a collectively upbeat portrait – Dixon Hoste himself looks particularly doleful – although maybe he's just cold and uncomfortable in the unaccustomed outer garments.