When in Sudan in 1934 he took leave and travelled from Khartoum to El Fasher in Darfur (W Sudan). From there he proceded by camel, with four Sudanese, 1800 miles to explore the South Libyan Desert between El Fasher and the Tibesti massif (Chad) and discovered hitherto unknown Palaeolithic cave dwellings and paintings in the Ennedi massif. For this he was elected a Fellow of the Royal Geographical Society.

I haven't so far found a reference to the narrative account that he would have submitted to the RGS in order to gain his Fellowship, but the following charts from his diaries give some idea of his achievement. 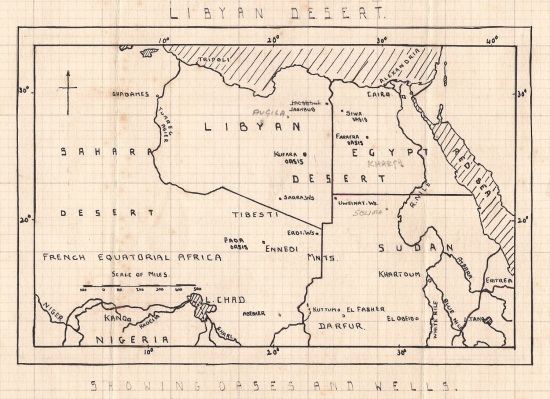 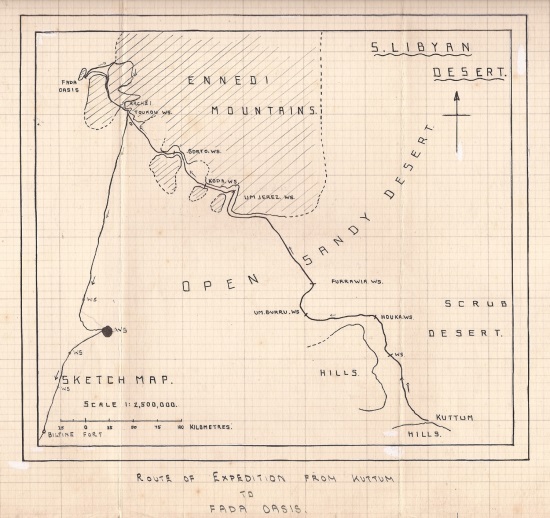 Admittedly his cartographic flair was less sublime than that of brother Ron, but these charts are equally well-based on traditional navigational and surveying skills. There was no aerial reconnaissance, let alone satnav, back in the 1930's. 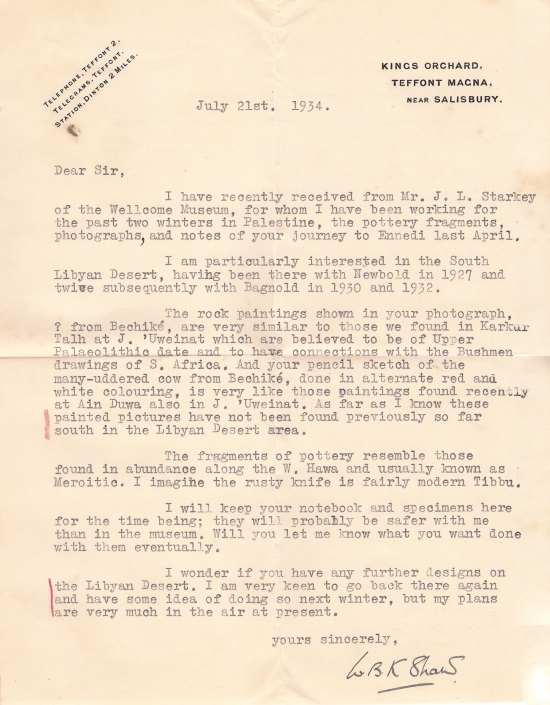 I don't warm to W B K Shaw. His patronising note is reminiscent of the sour responses from the great Gauss to aspiring young mathematicians, telling them he'd done all the same stuff years ago but had simply sat on it.

We can thankfully contrast this with a wonderfully generous tribute from the legendary Wilfred Thesiger1,  2,  3,  4 recollected in tranquillity some decades later in Bill's private diary: 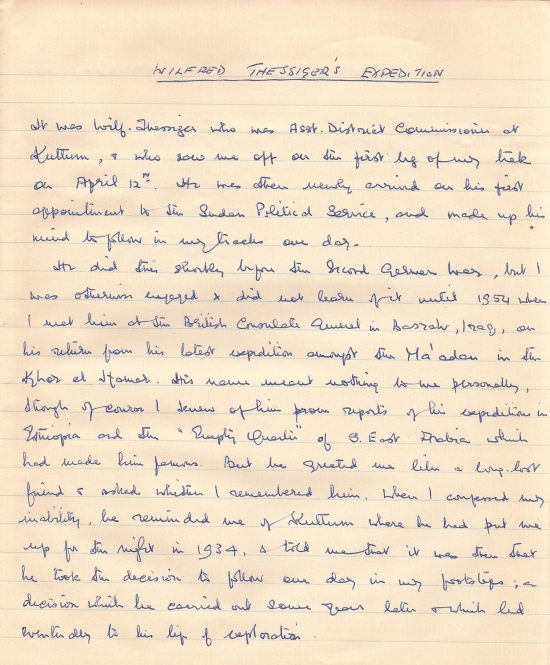 (Click here to see a transcript)
© ornaverum.org All rights reserved