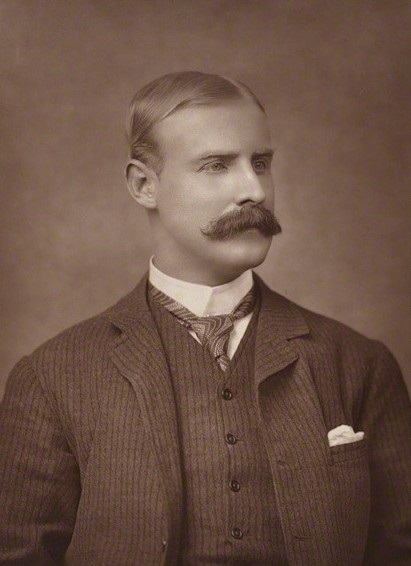 William Grant Stairs was widely admired and deeply reviled in more or less equal measure, especially as a result of his second expedition on behalf of King Leopold II of Belgium, probably the nastiest European monarch since Henry VIII of England.

So I'd like to take time out to read around the subject before saying anything about him. (Except I expect he believed in the White Man's Burden, and the Lesser Breeds Without The Law, always controversial concepts, particularly in these more humane and less culturally arrogant times in which we ourselves live. His Nietzschian moustache is a bit of a give-away.)