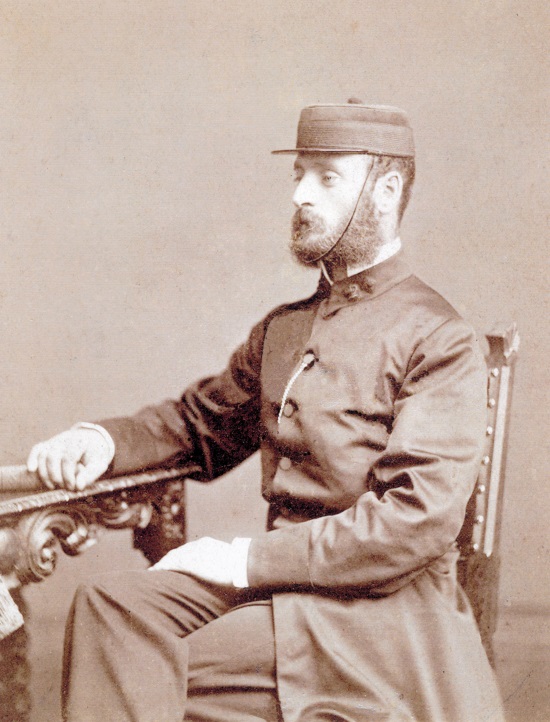 IMHO those luxuriant whiskers were just a bit intrusive and straggly. Some 30 years later, in the scene below, he looks much neater. Obviously a clergyman shouldn't be over-fussy about his appearance and it may well have been his wife who bade him remove most of the facial foliage following their marriage on 16 Jun 1880. 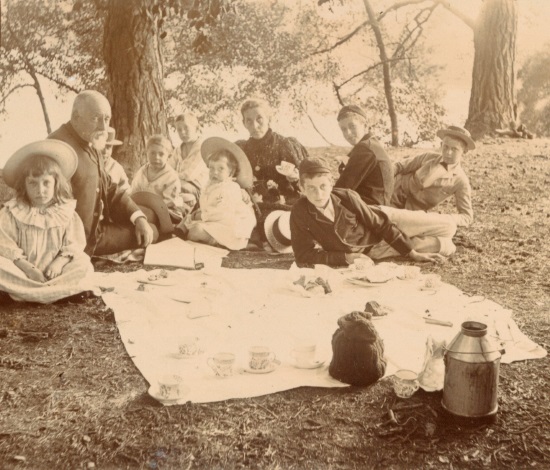 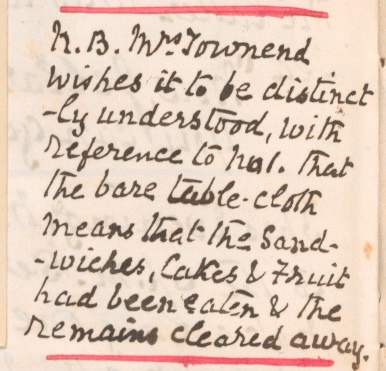 Unfortunately Bout de Ville for that period doesn't identify the various offspring. But I'll itemise them from left to right, and emphasise the ones I can recognise or infer:

Alice (?) taking picture
And their appearances and comparative ages should provide a clue as well:
These figures also establish the date of the scene below as about August 1896 – probably the day of the picnic: 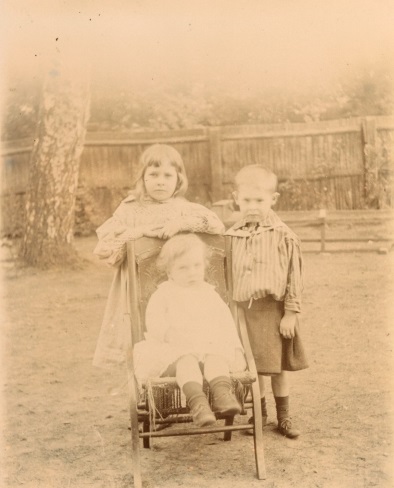 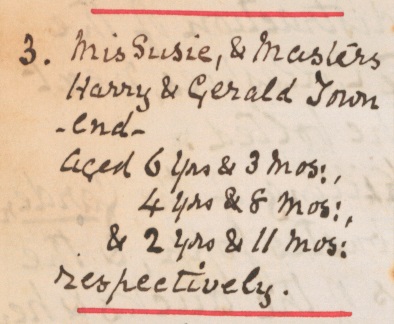 Mrs Townend (née Margaret Stairs) looks very austere in the picnic photograph, and severely attired (though this was de rigeur in those days), so one does wonder how well she clicked with her relaxed and outgoing husband – especially as Grannie Kaulback (née Alice Townend) didn't seem to mention her much. But the gentle reproof that did go on record indicates that she had a nice sense of humour, and her nine children are evidence that all was well maritally.