Born at Whampoa, near Canton, and was so nick-named. His firm were contractors to the Royal Navy and suppliers to merchant shipping visiting the port. One of the few of his countrymen to speak English, used his success to play host and be the centre of social life. His hospitality was generous and he was the most respected and best liked Chinaman in Singapore. He played host to many visiting Naval officers including Admiral Keppel in 1848. He became a member of the Legislative Council, also a true friend and patient of Dr Robert Little, to whom he presented a claret jug (it was willed by Col William Campbell Little to the family of Robert & Ruby McEwen). He died in 1880. 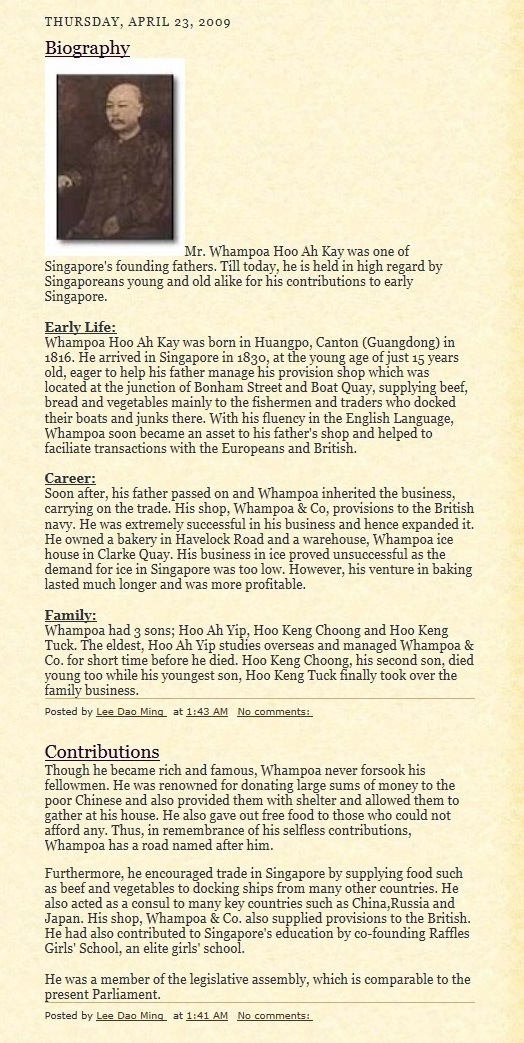