In all probability, George and Laura each possessed their own bound copy of this score, the front of his embossed with GEB (as below) and hers with LAAG, though only his survives. The binding is run-of-the-mill cloth, as published, not a finely-crafted leather version as he would have produced himself. 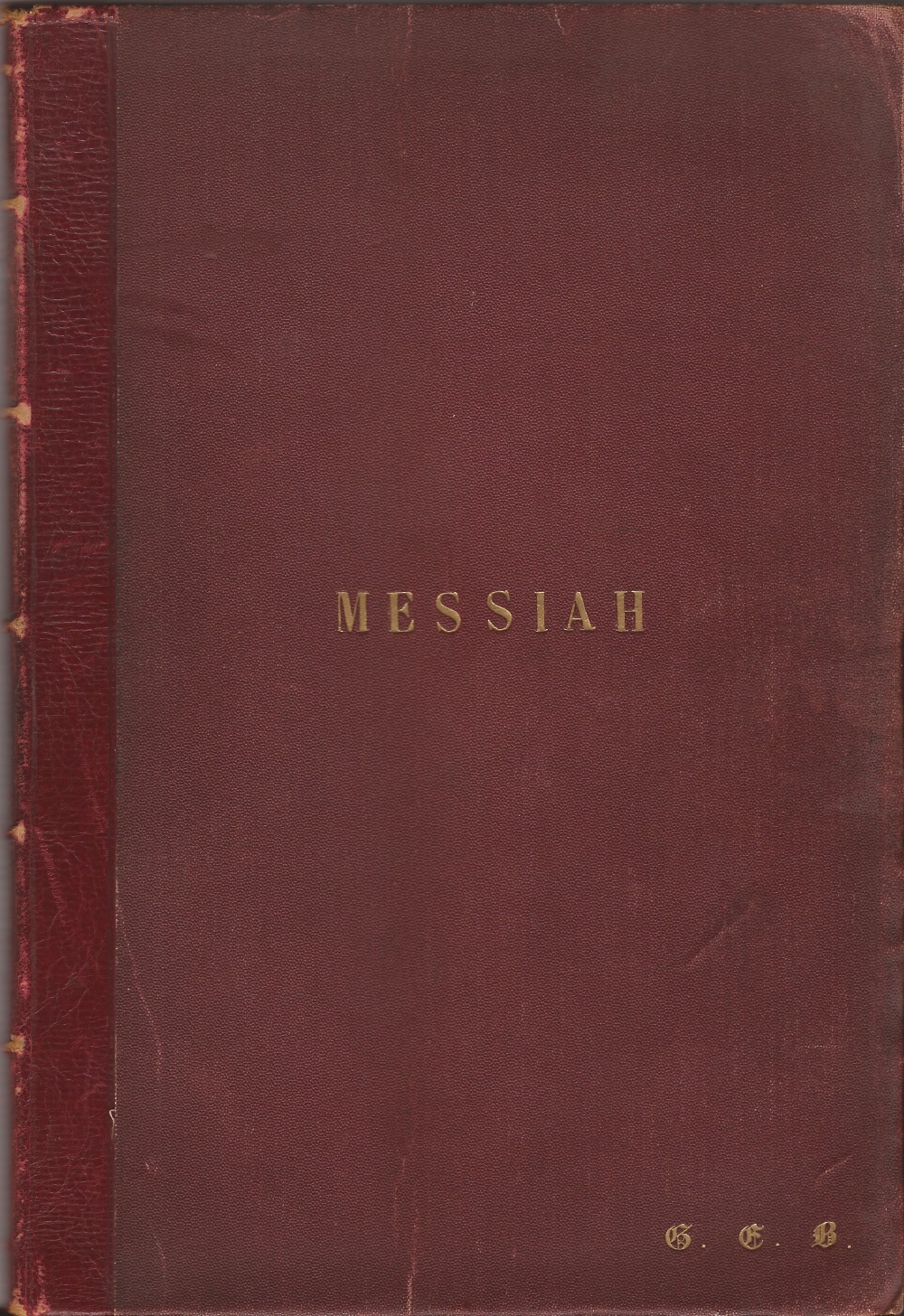 No record exists of the occasion(s) on which they, or their Congregational choir, took part in a public performance of (The) Messiah, though the mind-boggling complexity of the vocal score would surely demand that the performance can't have been simply a purely local one-off. Many months of practice would have to be expended for just a single performance.

Choral practice is an arduous business (as I now realise, as the veriest amateur with only the haziest notion of musical notation), and I can quite believe that George and Laura were drawn ever closer together by the shared adversity of long hours spent in a draughty church, over and over, week in and week out. Deepest respect!

On a slightly different tack, I've always understood that Handel composed Messiah in just six weeks. But when confronted with the full score, instrumental as well as vocal, I can hardly believe that he didn't take ten times longer just to commit it to paper, let alone conceive all the melodies, harmonies, antiphonies and goodness knows what else.