Either he had a photographic (or eidetic, as it now seems to be called) memory, or he kept a very detailed journal from an early age. Either way, his autobiography is an extraordinarily detailed and fascinating document (and it's a shame that he discontinued it in his late-twenties), particularly as he was a most interesting and accomplished individual (despite his erratic spelling, and undisciplined sentence-construction, he was highly educated).

He had a Pepysian gusto for life, and the keenest appreciation of his fellow man, and a considerable talent for organisation and local engineering works. People learned to take on personal responsibility for their lives, and those around them, very early on in those days. They didn't go around bleating about 'safe spaces' and keeping their fragile egos intact.

His autobiographical document presumably survives to this very day [2016], but was published in a quaint-sounding (but still extant and flourishing) learned biennial almost a hundred and fifty years after his death. 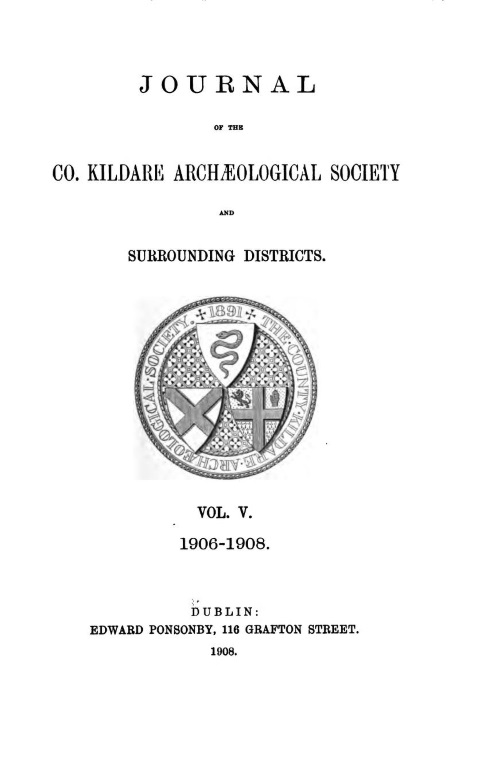 Unfortunately I'm unable to find an e-copy of the genealogical foldouts which accompanied the text, but presumably the Burkes had access to these, and incorporated the information into their narratives.

I myself haven't yet [Apr 2016] had time to comb through the autobiography itself in detail, except to ascertain the very limited duration of his relocation to Bristol. His reconnaissance began in Apr 1733, and the final relocation back to Stradbally was over by Sep 1734, so it was a very brief affair – far shorter than the decade or so he had first envisaged – and there was no mention of any contact with the West Country Cosby's that I thought might have materialised.

But it's odd to see no mention of his son Dudley (later Lord Leix) even in a mention of his family dated 1740, so the latter's DOB was presumably a good deal later than the 1730 generally guesstimated these days. 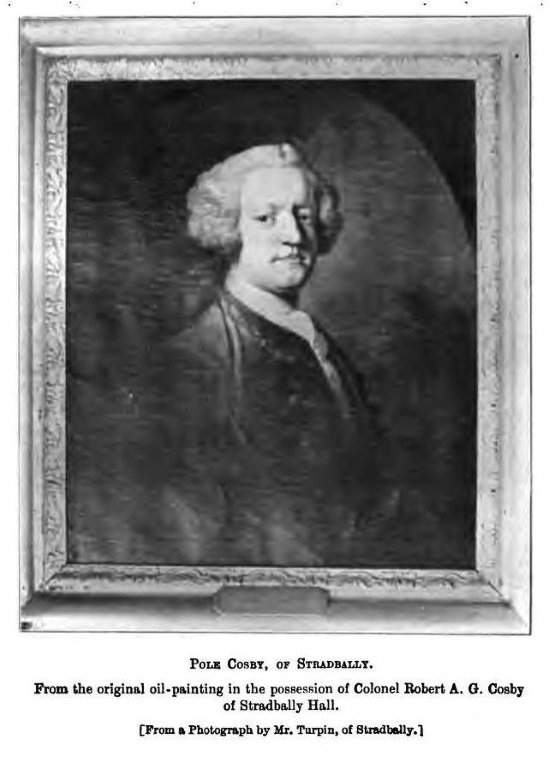 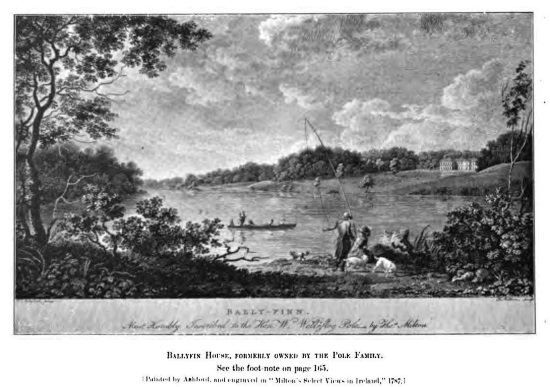 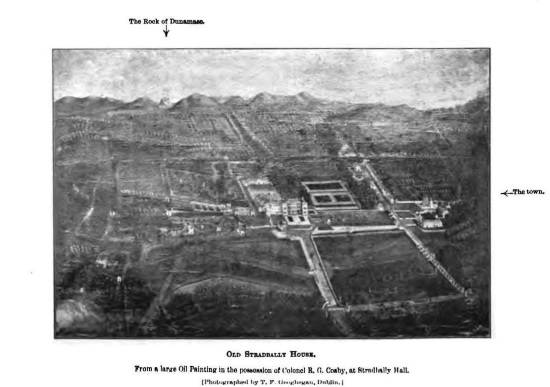 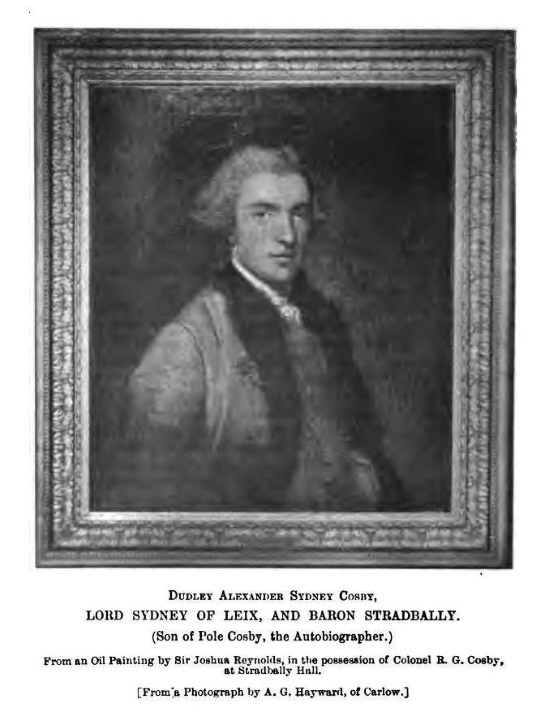 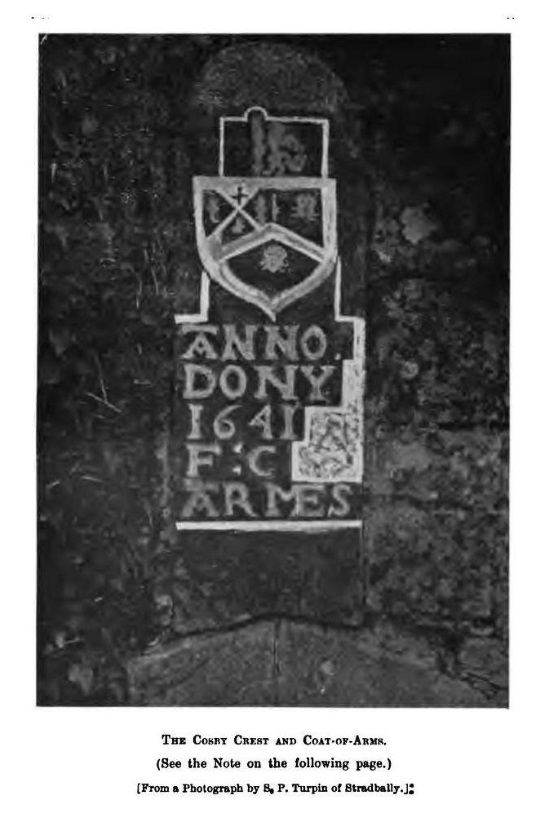 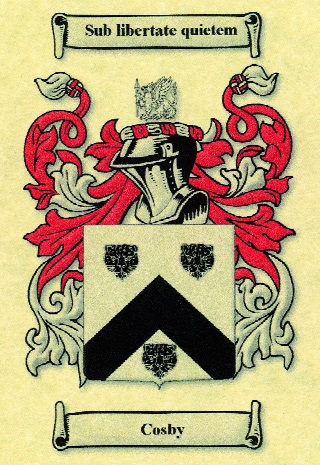 A more colourful modern commercial version – but drastically over-simplified IMHO. The gryphon's spear (or lance) should be broken (to symbolise peace, when swords are beaten into ploughshares and spears into pruning-hooks), and whither the lizard and salmon? I'm not at all sure what the leopards represent.