The narrative that follows is reproduced from Alexander (Sandy) Waddell's uneffusive summary in his biographical document FINDLAY WHO'S WHO.1,  2

The book referred to is available as a paperback, entitled Picnic In A Foreign Land: Eccentric Lives of the Anglo-Irish. And it does look rather entertaining, but there is only a single mention (much briefer than Sandy's) of Stradbally itself and a couple of paragraphs about the undoubted eccentricity of a then recent owner, Ashworth Cosby.

I also remember my father Walter telling me (when I was a bored and uninterested teenager) that the family name in Ireland was Pettie-Cosby, though it doesn't come up on Google, Ancestry or anywhere else I've tried so far.

So was this rather exiguous notion of Annie Cosby's distant origins amongst the Tudor Anglo-Irish gentry simply moonshine? Sandy sometimes got things wrong, admittedly, but not that much wrong. And my father could be guilty of dramatic exaggeration, but he died well before Sandy began his family chronicles, and must have had his own reasons for mentioning it. So we have two bearings but not yet a cocked hat in which to locate Annie's precise origins.

Three questions have to be confronted: Who were these Cosbys anyway? Where did Annie fit in? Was she herself from Ireland? The latter issues will be dealt within her Profile.

This page deals with the first question – who were they? It's convenient to reverse our normal practice by starting with the most distant ancestors, as recorded in the Cosby lineage according to the Rodgers family tree in the ancestry.co.uk website – frustratingly however, this has now seemingly disappeared and so I can only summarise its drift (as per the table below), but can't provide chapter and verse.

In the absence of any documentation we needn't take the generations between Cossa of Cosby and Robert of Herm(e)ston too literally. And in isolated rural communities when the sukebind begins to flower, who knows who's the Daddy. Each generation is a communal enterprise; not for nothing do East Anglian GP's use the discreet abbreviation NFN in a patient's medical notes: Normal for Norfolk.

From their early emergence during Saxon times in what is nowadays called Leicestershire, they progressed via Lincolnshire in the Plantagenet era to relative eminence in Tudor Nottinghamshire. But with Francis Cosby in the reign of Elizabeth the First, whose military prowess in Ireland was rewarded with the grant of Stradbally Abbey in Queen's County (now known as Laois), the Cosbys became movers and shakers.

Francis and his eldest son Alexander both gained unenviable reputations for their savage, almost barbaric, treatment of the existing Irish population, but after their deaths in battle, and that of Alexander's elder son Francis likewise, I get the impression that the family started to mend their ways.

The Cosbys of Stradbally Hall 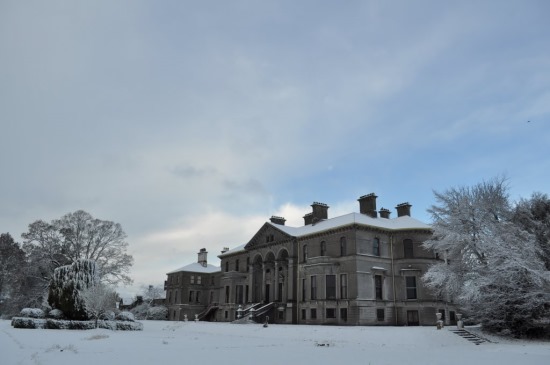 As evident from the list of references, I've been heavily dependent on the Cosby of Stradbally entries in the 1836 and 1912 compendia of the Irish landed gentry as put together by John Burke and Sir Richard Burke respectively. Their format is tortuously discursive, and it's sometimes very difficult to work out precisely which member of the family they're talking about, I'm sure I've made mistakes – as for example the obvious discrepancy where Phillips Cosby (d 1808) was allegedly succeeded by Thomas Cosby (d 1798), and would be very grateful for any helpful advice regarding misinterpretations.

Wherever possible, I've supplemented the Burkes by Wikipedia entries and good old www.thepeerage.com.