The Duke was an army officer by profession and served as Commander-in-Chief of the Forces (military head of the British Army) from 1856 to 1895. He became Duke of Cambridge in 1850 and Field Marshal in 1862. Deeply devoted to the old Army, he worked with the Queen to defeat or minimize every reform proposal, such as setting up a general staff. His Army became a moribund and stagnant institution, lagging far behind France and Germany. Its weaknesses were dramatically revealed by the poor organization at the start of the Second Boer War ...

The Duke is today commemorated by an equestrian statue standing on Whitehall in central London; it is, somewhat ironically, positioned outside the front door of the War Office that he so strongly resisted. 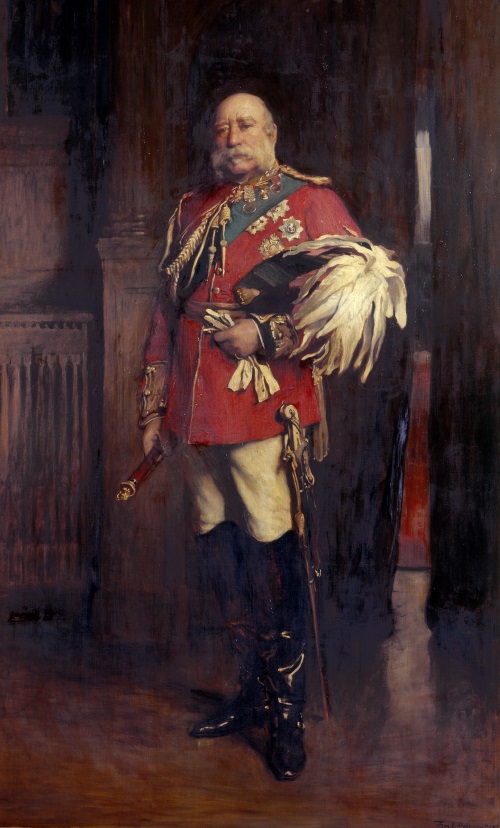 The Last of the Romans, perhaps – it's also ironic that both the Roman and the British Empires met their ultimate nemesis, militarily or economically, at the hands of the Germans. 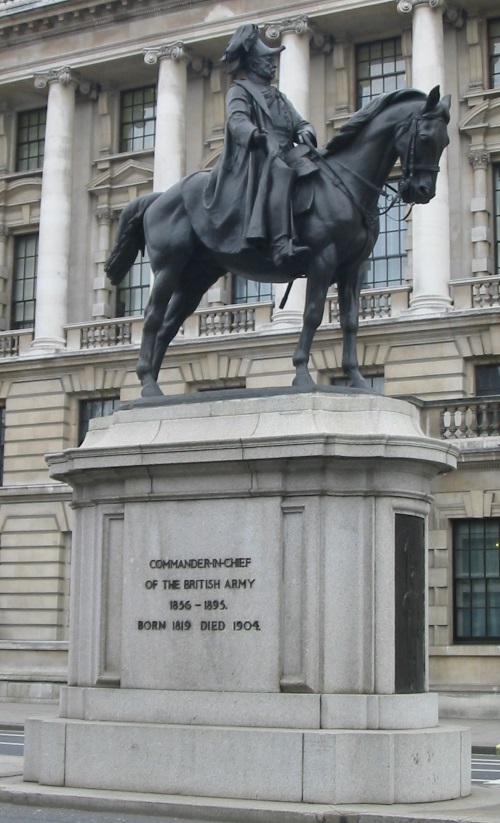 He was a bluff, fresh, hale, country gentleman, with something of the vigorous healthy frankness of the English skipper, and something, too, of the Prussian martinet; industrious, punctual, rising early, seeking rest late, fond of life and its pleasures, of good dinners, good cigars, pleasant women, of the opera, of the play.