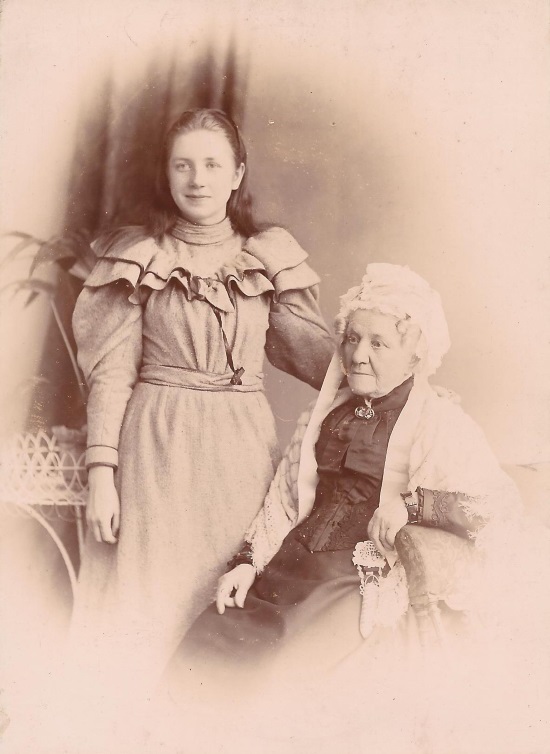 On the reverse side is inscribed (quite possibly 15-20 years later,
in Old Grannie Waddell's vigorous and almost indecipherable script,
or maybe at the time by Jessie Smith Findlay, the spinster guardian of
Hannah junior and her sister Val) 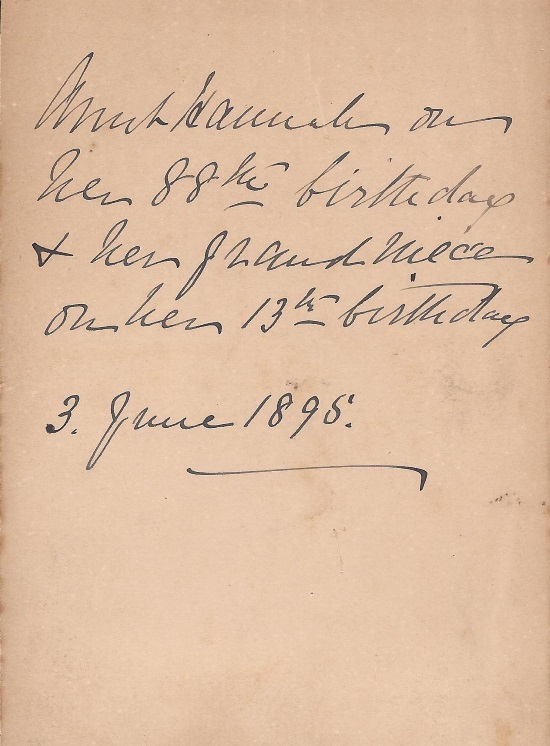 They were both named Hannah Findlay,
they had the same birthday, on the day of the photograph,
(though Hannah junior was now just 13,
and Hannah senior was just 88 – or perhaps 87)
and all three generations lived happily under the same roof.