The former wife of film director Ken Russell has begun a High Court battle for a share of the £2.3 million estate of her mother's lesbian lover. 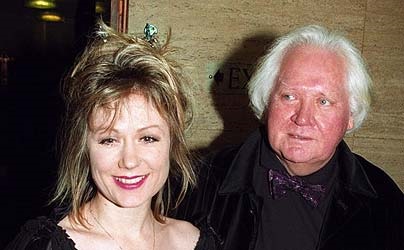 They lived as a couple at Miss Spencer Watson's £2 million family home, Dunshay Manor, a 15-acre estate in Purbeck, Dorset, and the artist treated Miss Baynes as a daughter, the court in London heard.

She supported Miss Baynes financially throughout her lifetime, but left her just £2,500 in her will. Dunshay Manor was left to the Landmark Trust, a building preservation charity.

Miss Baynes, who divorced Women In Love director Mr Russell in 1999, is suing for a share of the estate, claiming to be "in extremely straitened circumstances". She is asking for £570,000 to buy a three-bedroomed home in Clapham, south London, the discharge of her £160,000 debts, a £7,500 car and "a financial cushion to cover her until she has her life on an even keel".

Thomas Dumont, counsel for the actress, said: "In the months before her death, Mary was actively exploring methods of raising substantial capital to discharge Hetty's debts and buy her a house. That is the result that Hetty seeks in her claim. Hetty's case is that her relationship with Mary was a strong and close one, effectively parent-child."

But Jeffrey Terry QC, for the Landmark Trust, accused Miss Baynes of trying to "plunder" the estate and urged the judge, Mr Justice Lewison, to dismiss the claim.

Miss Baynes finds it "quite impossible to live within her means", Mr Terry said.

He told the court: "Her history makes plain that any money conferred on her by means of an award will be squandered. It will only be a matter of time before she is penniless and in debt again. Hetty is quite clearly incapable of managing her finances in anything like a responsible manner."

A codicil to Miss Spencer Watson's will expressly stated that the residue of the estate - investments, business assets and artworks totalling £300,000 - should go to Miss Baynes' mother and four siblings but not to Miss Baynes because she had "already benefitted" from her largesse.

Miss Baynes, who has a 15-year-old son from her marriage to Mr Russell, said in her evidence: "I didn't want to be supported by Miss Spencer Watson. I wanted to be independent again from a solid base, and Mary wanted that too.

"This is about my son and me and getting security. This is not about grabbing money, it's about her wanting to give security to my son and I."

She "loved Miss Spencer Watson deeply", adding that the sculptress had "taken on the family because she wanted to be with Mummy".

Margot Baynes, now aged 90 and suffering from Alzheimer's disease, has launched her own £1.6 million claim through her granddaughter, Melissa, to provide care in her final years.

The court heard that Margot and her husband, Geoffrey, took a lease on Dunshay Manor in 1954. Two years later, Margot began a relationship with Miss Spencer Watson, and the women raised the five Baynes children as a "close family unit with Mary at its heart". Geoffrey remained at the house until 1964 but divorced Margot two years later.

Miss Baynes studied at the Royal Ballet School and has had bit parts in dozens of television series, including Rumpole of the Bailey, Footballers' Wives and My Family.