As First Lord of the Admiralty in an earlier Liberal administration Childers had a reputation for being hardworking, but inept, autocratic and notoriously overbearing in his dealing with colleagues. When the Liberals regained power in Apr 1880, Childers was appointed Secretary of State for War, as which his track record seems to have been indifferent. But it was in this capacity that he appears in the Parliamentary debate concerning the Saner affair. 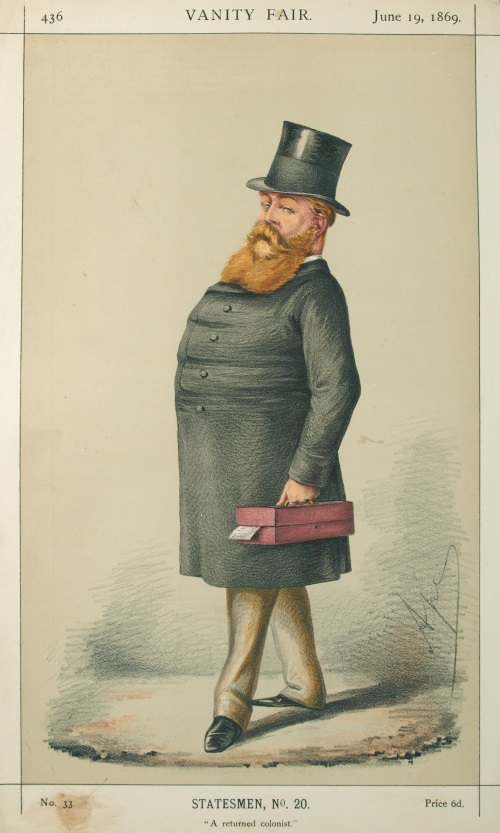 Towards the end of his ministerial career "HCE" Childers was known for his girth, and so acquired the nickname "Here Comes Everybody". 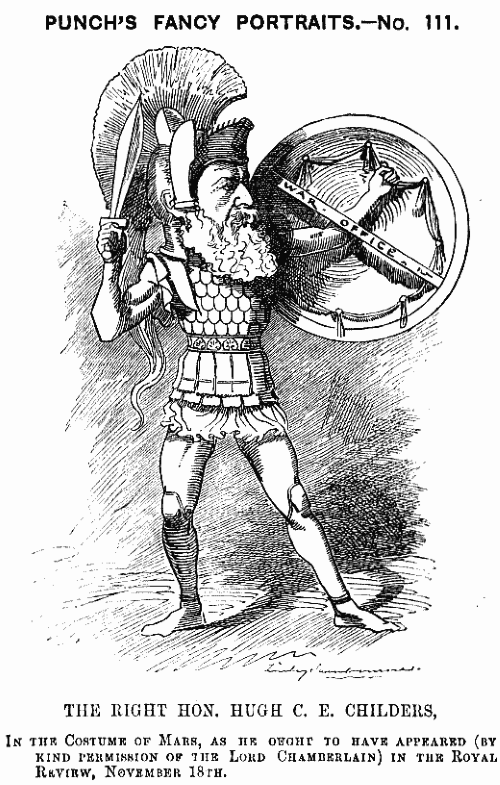 A reformist but incompetent Secretary of State at the Admiralty and the War Office in the late-Victorian Liberal administrations, as seen by Punch in 1882. 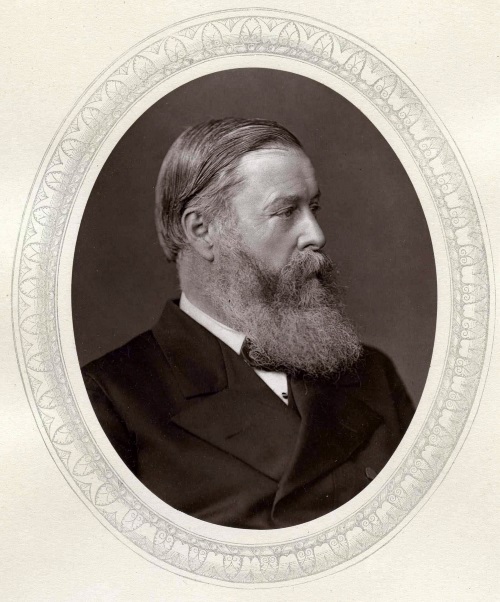 And as he would doubtless prefer to be remembered (1883) 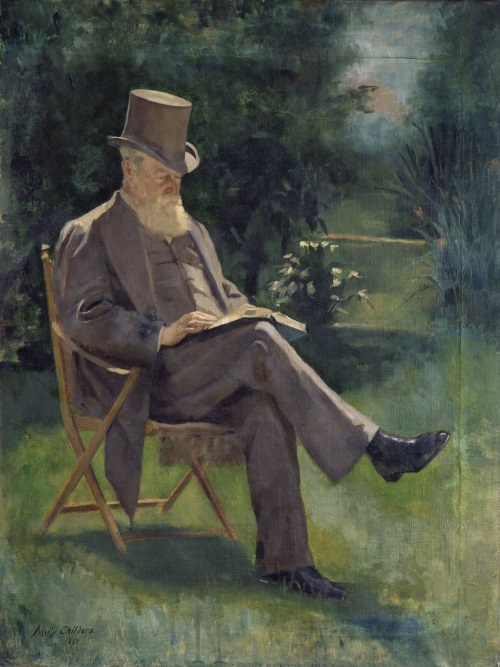 And in a painting (1891)
by his daughter Emily Maria Eardley ('Milly') Childers (d 1922)
© ornaverum.org All rights reserved