Though of course I would welcome any evidence to the contrary, no picture of him survives and we have very little personal detail about him, save for the dates of his birth and baptism, his entry in the 1851 Census, and his Master Mariner's Certificate in 1867. 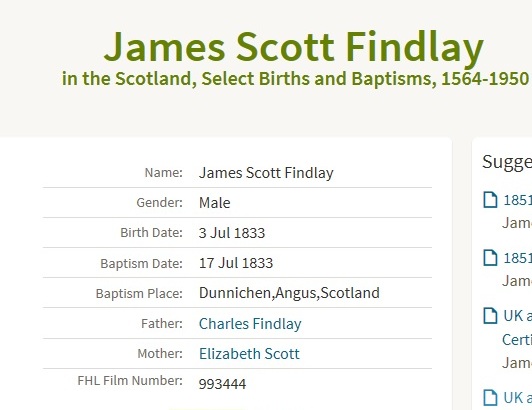 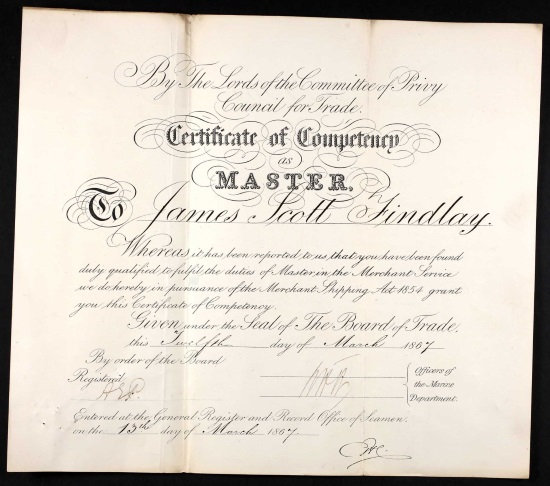 Less than three years later he was swept overboard from "The Star of Dundee" and drowned.

But internet confirmation of the date given by Uncle Sandy for Findlay's tragic death hasn't been easy, though Board of Trade Merchant Marine registers of such mishaps do record details from well before JSF's untimely demise (see below for some degree of progress in that direction).

The following very exciting lead has now (Feb 2017) been generated via the Find My Past website:

It should be possible, to follow-up this 'hit' via such helpful websites as

and to send such encouraging thoughts as may be possible to our ancestor, probably still furious with himself for not clipping his oilskin jacket to the safety line or guard rail as he ventured on deck ...

I will do my best to help all this happen.