The Dukes of Sutherland 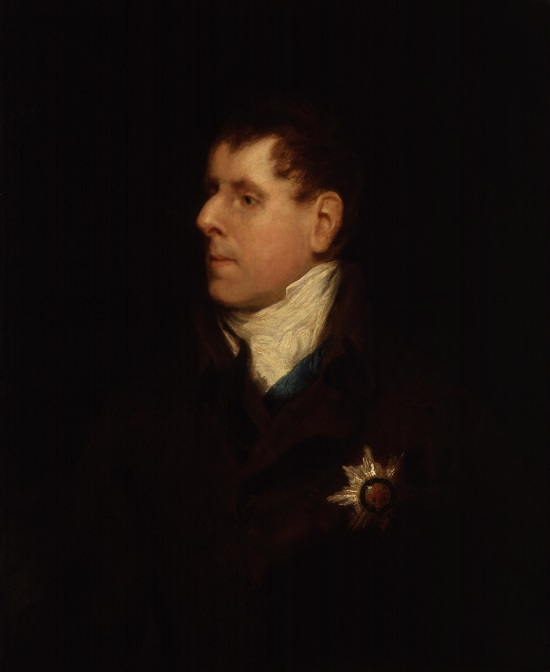 Straight from Central Casting! Have you ever seen such a personification of aristocratic arrogance and supercilious disdain? But reach across and put a thumb over that quasi-Wellingtonian ducal nose, and what remains looks a little bit shy and slightly anxious. Was he really such a monster as Scottish mythology would have it, or was his (equally unpopular) wife the driving force behind their part in the Highland clearances?

The Dukes of Sutherland – like latterday Silicon Valley monopolists of second-rate but paradoxically popular PC operating systems, and Russian kleptocratic oligarchs, or those whom my mother-in-law humorously described as potent Easterntates – possessed wealth utterly unimaginable to the rest of us; the first Duke was described as having been the richest man who ever died (at that time, anyway). How he truly compared with, for example, today's billionaires is hard to say, because, of course, wealth becomes unquantifiable after a certain point – having more money doesn't meaningfully make you richer. Is a trillionnaire richer than a billionaire? What could one buy that the other one couldn't? And of course the goods and services available in different eras are utterly incommensurable anyway – I believe such comparisons are sometimes made, rather implausibly, in terms of loaves of bread (akin to – but much less convincing than – The Economist's Big Mac index of purchasing power for comparing different currencies and costs of living).

Some tera-wealthy individuals such as Bill Gates, like Andrew Carnegie or John D Rockefeller of yesteryear, mitigate(d) their huge fortunes by extensive practical philanthropy, in line with Carnegie's dictum that he who dies rich dies disgraced, and it's certainly straight from the New Testament too – though these days, pace our Exemplar, there's a growing feeling that not all degrees of poverty are harmful and that a touch of hardship in early life provides a stimulus towards hard work and personal achievement – to be born in a stable didn't mean, according to the Duke of Wellington, that one was a horse, and of course in the NT it signified that poverty in itself was no barrier to personal dignity in the eyes of Heaven).

For no reason save that I on the contrary am getting lazier by the day in old age, the following tabulation is just patrilineal – I carry only the eldest son down to the succeeding generation.

You can follow the fortunes of the other offspring in each generation via www.thepeerage.com and of course Wikipedia – if only for the fascinating incidental details of their lives.

These sometimes rivalled or surpassed any episode of EastEnders – as, for example, in the complicated love-life of the deeply unlovely 3rd Duke, whose private doings were doubtless enlivened by haughty equivalents of Woss goin' on?, Leave it aht!, and You're doin' my 'ead in! He was even suspected at having arranged, or connived at, the death of his business manager Arthur Blair, whose wife he was having a doubly adulterous affair with and subsequently married with indecent haste. Additional reason, indeed, for his grand-daughter Rosemary to be deemed an unsuitable choice as future Queen of England several decades later,

On the other hand, as would be expected, there were frequent intermarriages with, for example, the Grosvenor, Howard and Cavendish families.

For a monumental compilation of the Leveson-Gowers (and related families), over four centuries and goodness knows how many individuals (including the Dukes of Sutherland), in 13 instalments, click here, and then follow the internal links.

§ He gained the title of 2nd Marquess of Stafford in 1790, and was created 1st Duke of Sutherland on 28 January 1833, so opprobrium for Highland Closures was directed at "Lord Stafford" and indeed also at "Lady Stafford" (the Marchioness) for her active participation in these measures. 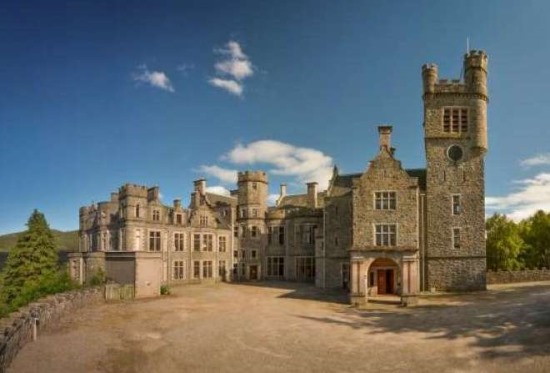 Built by Mary Caroline Blair, second wife of the third Duke of Sutherland, Carbisdale was the last castle to be built in Scotland. It was the site both of Montrose's last battle and of the headquarters of the Norwegian resistance during World War II. Carbisdale also conceals the scandal of the House of Sutherland. This book examines the mystery surrounding the life and death of the third Duke of Sutherland, an unwelcome marriage, a family feud over the will of a wayward son and the alienation of Mary Caroline Blair, banished to build her castle without her dead husband's estate.