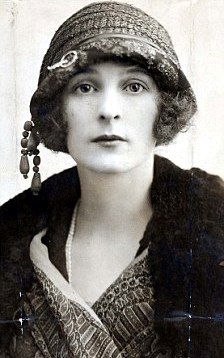 Born plain Winifred (Freda) May Birkin, eldest daughter of Col Charles Wilfred Birkin and his American wife Claire Lloyd Howe, she was married to the well-regarded Liberal MP William Dudley Ward from 1913 until 1931 and the Marqués de Casa Maury from 1937 until 1954, both marriages ending in divorce. During this period she was mistress of Edward (David), Prince of Wales. 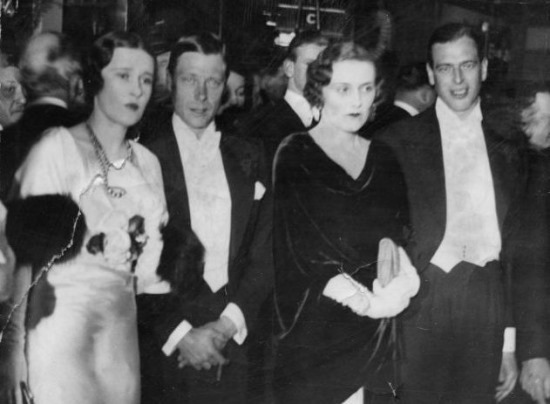 As with all his relationships, the affair was common knowledge, at least among the upper echelons of Government and High Society. And as was invariably the case, his inter-personal behaviour towards Freda was extraordinarily infantile. Maybe that wasn't widely known at the time, but it is nowadays, since his letters have been released into the public domain.1,  2

It is said that the affair, which began towards the end of the First World War, cooled by 1923, but Winston Churchill for one attested that the Prince was still hopelessly besotted with her in 1927, and most likely for a good while thereafter.

But this didn't deflect him from enjoying the close company of other married women such as Thelma, Viscountess Furness ....

Inadvisedly, in Jan 1934 Thelma went off on holiday with her husband, and dropped a note to her good friend, fellow-American Wallis Simpson, to "look after the little man" whilst she was away. Too late she discovered on her return just how well Wallis had been looking after him!

And how devastated Freda was to be told when calling HRH at Fort Belvedere, that she could no longer be put through to him. Those who live by the (pork) sword inevitably die by it.