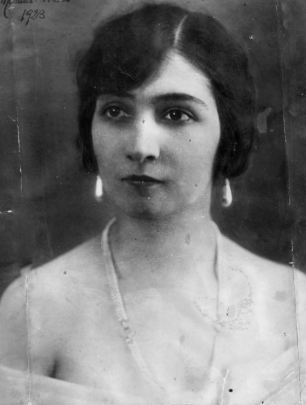 Maggie, of French birth, was nominally Roman Catholic and had been sent to a convent school for discipline and education. She somehow became pregnant, but the child, a daughter, was given up for adoption and she was expelled.

She drifted into prostitution, and became a courtesan in a high-class Paris brothel. Allegedly bisexual, she was in great demand and attracted the attention of a wealthy Monsieur Laurent, whom she married, probably soon after the First World War, but he tired of her bad-tempered and quarrelsome nature and they divorced in 1922.

In May that year she began an affair with a fabulously wealthy young Egyptian, Ali Kemel Fahmy Bey, who awarded himself the honorific of 'Prince' when travelling outside his native Egypt. They married in a Muslim ceremony, and she was thereafter known as Princess Fahmy. The marriage was toxic from the start, and titanic quarrels became frequent, both in private and in public.

Matters came to head whilst they were staying at the Savoy in London, and she shot him dead on 9 Jul 1923 with the pistol she kept as defence against jewel-thieves. On 10 Sep that year she was brought to trial at the High Court on a charge of murder.

The background details of the murder and the trial are recounted in all the internet links cited above. The trial aroused a great deal of interest in England, and the sensational verdict resounded around the world, especially in the Middle East.

How could she possibly have been acquitted?

Edward Prince of Wales had been born in June 1894, and so by the time that England (as the English tended to describe the UK) joined in the Great War in August 1914, he was 19 years old and more than eligible to face the Hun (I'm not sure how that nickname for the Germans originated). To his great credit, he was keen to take part and impatient to see action. He'd joined the Grenadier Guards a couple of months earlier, but Lord Kitchener refused to let him serve on the front lines – though he was allowed to visit now and again.

For much of the time, however, he was at a loose end in Paris, and senior officers (so it's said), possibly acting on hints from the Palace, used those opportunities to initiate him into the adult world, to sow his wild oats – and so they discreetly escorted him to the establishment where Maggie plied her trade, and she at once became his favourite. And soon he started taking her out and about in public, and acquired a brand-new open-top Rolls Royce for her to chauffeur him around Paris. 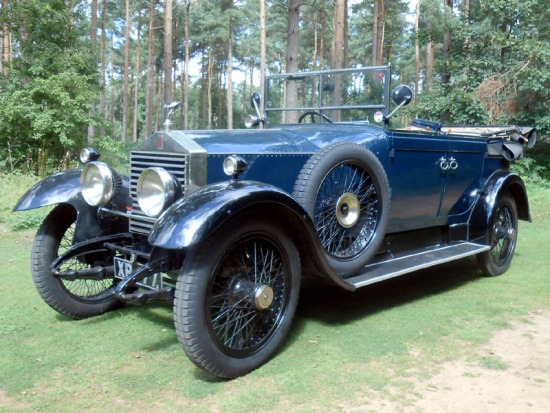 On home leave in England towards the end of the war, however, he met Freda Dudley Ward, and with scant regard for Maggie's feelings, for even a tart has a heart, he dropped her without a word of goodbye. As we may read in the references cited above, he lived to regret his callous discourtesy, and she lived to see it as having indirectly saved her from the English gallows – his wildly indiscreet letters remained in her possession, as he couldn't be bothered to retrieve them from her at that time, or shortly afterwards when she briefly attempted blackmail, and they came to her rescue some five years later.

The judge was put under immense pressure by the Palace to protect Maggie from cross-examination by the prosecution, enabling the defence to present a completely one-sided character-assassination of the Prince. This he did to great effect, and the jury were completely deceived.

It is also said that Maggie had used her considerable wealth to 'sweeten' the British press into projecting her image as a sweet young innocent subjected to intolerable sexual demands by a depraved Oriental. There were allusions that his attentions were not confined to what might be termed the normal procreative conduit. But her largesse may not have been necessary, for as Humbert Wolfe remarked

You cannot hope to bribe or twist,
Thank God, the British journalist.
But seeing what the man will do
Unbribed, there's no occasion to!