It's quite remarkable that an unusually tall lanky sociopathic Old Etonian, with a National Service haircut and Oswald Mosley pencil moustache, who openly remarked that the working classes smelled, who rarely had two bob to rub together, and so on and so on, should have been not only such a babe-magnet (as they say these days, M'lud) but also the most influential and successful author and polemicist since Jonathan Swift. From the left wing and the right wing of political opinion, he and Samuel Johnson have been two of the guiding lodestones of my life. Secular saints, both of them.

How can that be? Who cares anyway? you may justifiably enquire.

Because of course, together with Swift, they were the most eloquent, honest and outspoken opponents of social injustice and oppression in English literature. Unlike Karl Marx, who researched the basics of his creed second-hand from the British Museum Reading Room and the Mancunian Chetham's Library, both Johnson and Orwell had experienced – and suffered – poverty and deprivation at first hand. They knew what they were talking about. Marx's penury was second-hand, and carelessly inflicted on his wife and family.

Despite their privations, both Johnson and Orwell would have agreed with Rhodes' observation that to be born English is to win first prize in the lottery of life (with which I'd entirely agree if "English-speaking" were to be substituted for "English"). And it is no accident that Marx had ultimately sought refuge in England.

The crises in capitalism that Marx confidently predicted have been nothing like as bad or long-lasting as those in socialism or communism. For all its faults, capitalism has brought immensely greater benefits worldwide, whereas its rivals have generally resulted in abject poverty and starvation, or mass murder, or all three.

It's interesting that Johnson was unable to complete his degree at Oxford, for lack of funds, and a university degree was not an option for Orwell. Marx, on the other hand was enabled to proceed to a doctorate on the subject of Greek philosophy. What a pity he didn't make better use of it.

It would be easy to pick holes in these generalisations, but this isn't an academic treatise, rather a synopsis of all that I've observed in my brief 70-odd years of life. You don't have to eat all of the egg to declare it rotten. And you don't have to be a carpenter to detect that a table has been badly made. 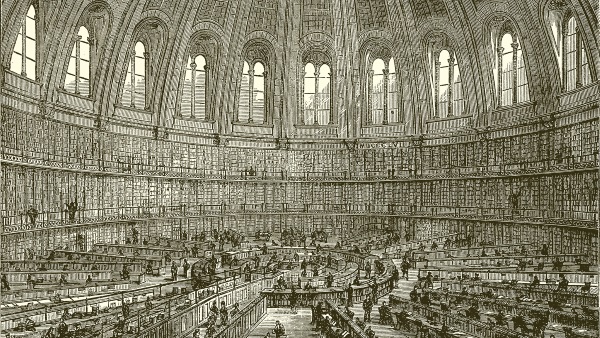 More recently (though it moved home in 1997) 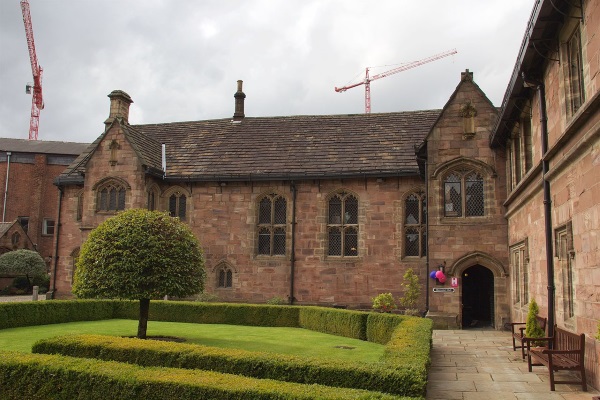 The entry to Chetham's Library (pity about the cranes)

From time to time over the last few year, The Times (and probably The Guardian, though its readership is confined to bien pensants rather than critical thinkers) has published two-page spreads about the latest hot goss regarding Orwell. And so I'd like to bring them to you.

They relate to his early amatory fumblings (don't we all want to forget those) and total commitment to his adoptive son Richard Blair, whom he loved dearly.

Richard Blair it was (inter alia, though not including Larry O'Shaughnessy) who ultimately benefitted from the multi-million pound Orwell publishing legacy. I'm not sure whether Larry was ever fully aware of that cornucopia, but it was the ongoing expectation of such a generous pay-day that prevented him from ever fully engaging in life. Richard Blair on the contrary is clearly happy and well-balanced, appreciative of his good fortune.