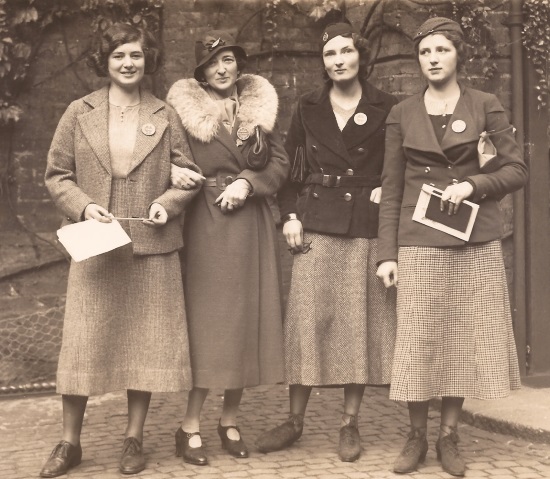 Helen Millicent Howard, second from the left,
with three of her daughters ca 1934

I should very much like to have met Millicent, or Granny Howard as Sonia thought of her of course, as she looks such great fun – as was her sister Xandra whom I did in fact get to know to some extent. But Millicent died in mid 1967, not long after my finals, and there had been no suitable opportunity.

We borrowed my mother's Mini and Sonia drove us at her usual breakneck speed from London to West Dean for the funeral – breakneck that is, until impeded by a large black old-fashioned limousine, which try as she might on that winding Midhurst road, Sonia simply couldn't overtake. So we fretted and fumed behind, as it pottered onwards at 25 mph, until (of course) we realised that it was in fact a hearse, and that in all probability Granny Howard was in it, so to speak. And so it was that we followed in stately procession until, sure enough, it turned off the main road into West Dean. 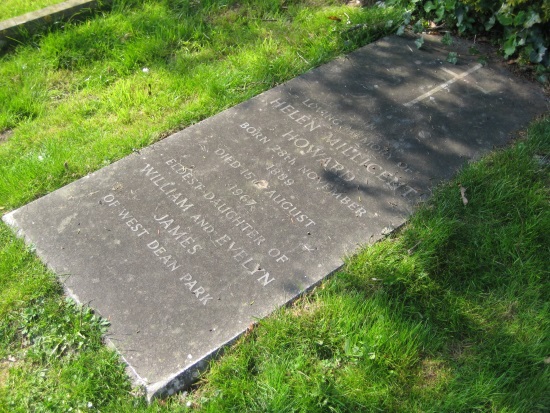 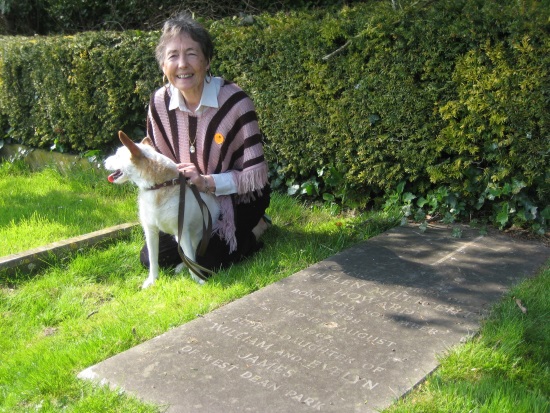 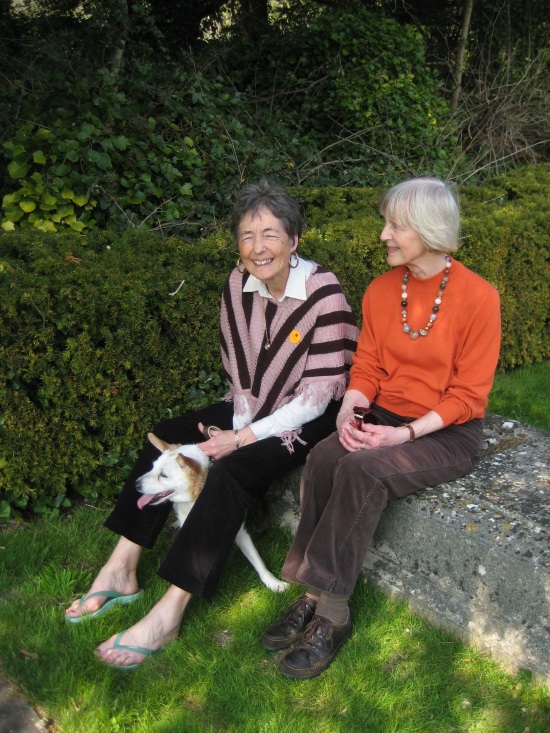 Sonia and my cousin Angela, our guide for the afternoon! 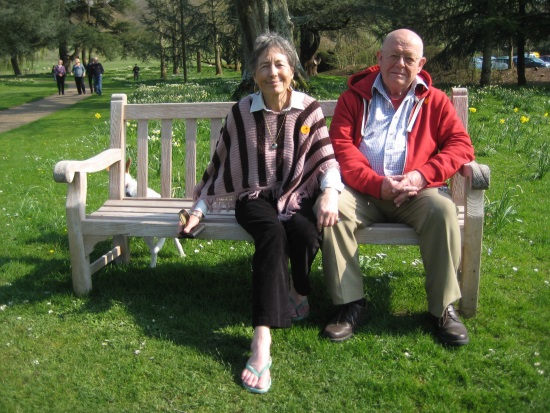 Herself and myself, with cracker-dog Sally trying hard to escape
© ornaverum.org All rights reserved