The most complete historical account is available on Wikipedia, but the following notes from a student at West Dean College are also of great interest.

West Dean is ... essentially a decorative Gothic shell (constructed primarily of local knapped flint) over a timberframe Elizabethan core. The house has existed in some form since as early as 1086, evidenced by its mention in the Domesday Book – the comprehensive survey of England drawn up for Charles I following the Norman Conquest.

The present house was built in 1804 for James Peachey, 1st Baron Selsey (d. 1808), on the site of an Elizabeth house largely rebuilt around 1622 by John Lewkenor. The newest house was designed by James Wyatt (1746-1813), Surveyor General to George III, who also remodelled nearby Goodwood House.

William Dodge James (1854 – 1912) purchased West Dean in 1891, shortly after his marriage to renowned society beauty Evelyn Forbes. The pair quickly commissioned extensive alterations and enlargements to the house from the famous architectural practice of Sir Ernest George (1839 – 1922) and Alfred Bowman Yeates (1867-1944) with the landscape and garden designer Harold Ainsworth Peto (1854-1933). A new and greatly enlarged entrance portico and central tower were constructed, the east wing added, a second storey raised, and the tower increased in height. James's house and garden were intended to suit the requirements of lavish country house parties given by the social group surrounding the Prince of Wales (later Edward VII). Between 1893 and 1902 alterations to the interior were carried out by the London decorators Charles Mellier & Co. of Cavendish Square, one of the foremost furnishing and decorating companies of the period. 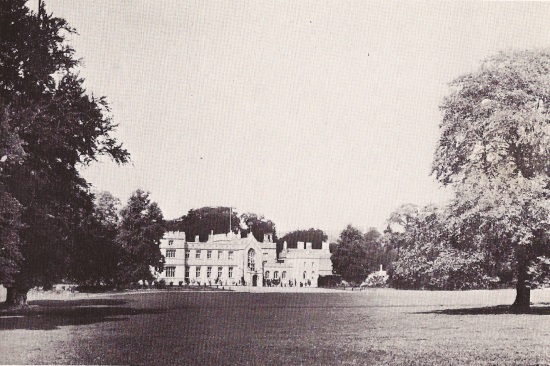 Towards the end of the 19th century 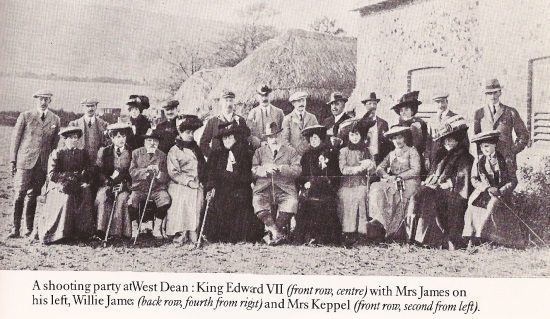 Note that Alice Keppel, the great grandmother of Camilla, Duchess of Cornwall, was the King's last and most constant mistress. Plus ça change ... Note also Willie James' relegation to a position of the utmost insignificance.

In 1929 West Dean Park was inherited by the multi-millionaire Edward James (1907 – 1984), the only son of William and Evelyn James. James decorated the house in the most progressive Modernist style and filled West Dean with his superb collection of Surrealist art, including woven images of his wife's footprints in the carpet, fruitwood overdoors designed by Rex Whistler, and with an extraordinary collection of decorative objects including an enormous Giraffe head and a lobster phone. 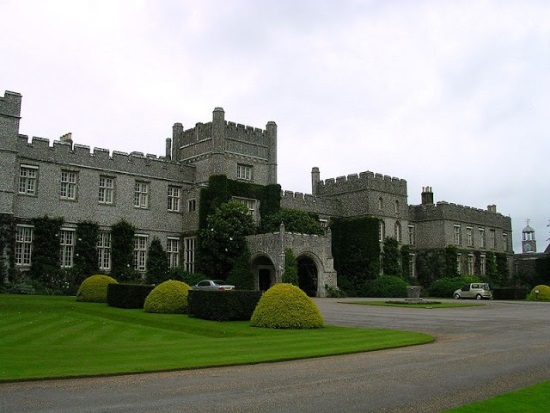 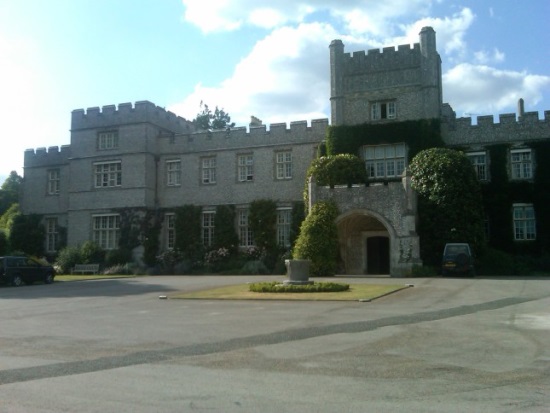 Or from another viewpoint

West Dean's formal gardens cover over 9 acres, with a further 49 acres of arboretum. The earliest plan to survive in the archives dates from 1768 and shows plans for a large kitchen garden, pleasure garden, and an "arranged" landscape in the park. The back of the house boasts a 300-foot long rose pergola built in 1911, and a Gazebo with a floor mosaic made of knapped flint and horse molars 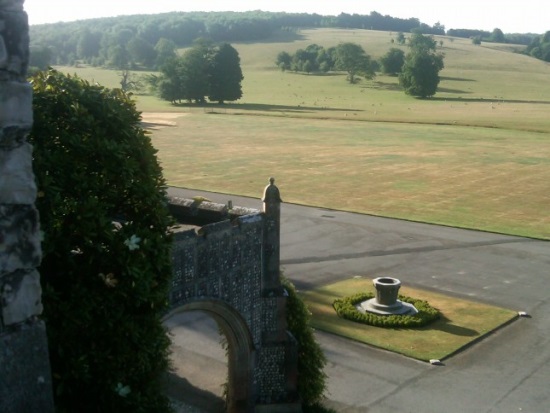 View from the first floor across the estate

On reaching the age of 25 in 1932, Edward inherited the house and estate of West Dean, together with the town house at 35 Wimpole Street in London. Increasingly, however, he found the stifling opulence of the West Dean house to be dated and stuffy, preferring the relative simplicity of Monkton House, a cottage in comparison, located in the grounds. Indeed, designed by the notable Edwin Lutyens, it had been commissioned by his father Willie James for that very purpose, to escape from the grandeur and formality of the great house. 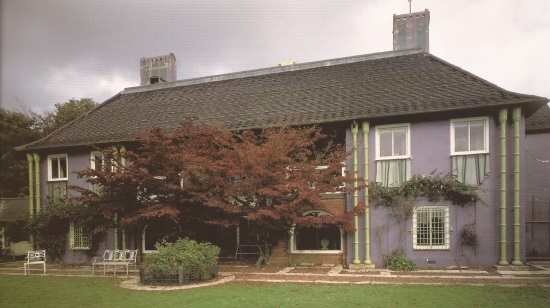 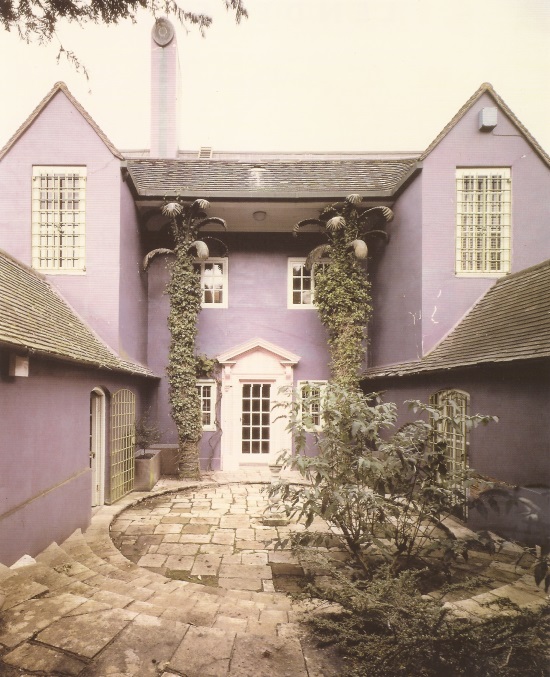