Bill and Fenja Kaulback
(with Ron and Audrey Kaulback) 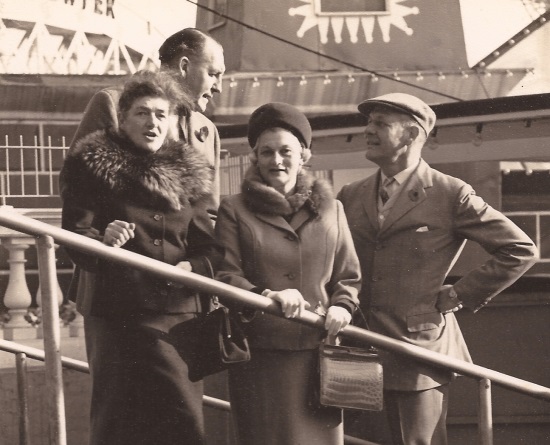 Location (fairground?) and date (November of course, 1960's?) uncertain
Bill (on the right) and Fenja Kaulback 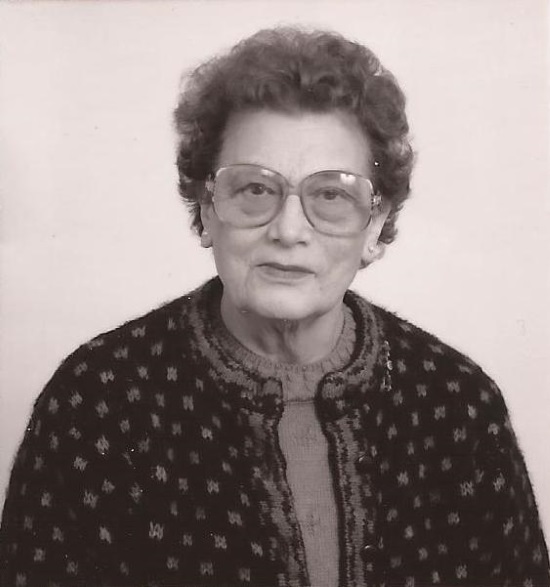 However, Ron similarly maintained that the paternity of his own first-born son Bryan should be attributed to the Bishop of Cork at the time in question, a bit of a slur on his episcopal eminence, it was cautiously agreed.

So let us never, never doubt what nobody is sure about.

I have to concede that her initially dismissive attitude towards me, and the difficulties that her capriciousness sometimes caused me, didn't endear her to me at first. But eventually one came to accept her as a fifth force of nature, better accommodated than defied. And she was – beneath the cosmopolitan veneer – a truly lovely person.

She played Contract Bridge quite outstandingly, well into her late nineties, and (of Russian-speaking Estonian birth) was fluent in at least three languages, though colloquial English always seemed to elude her – perhaps that was a deliberate double-bluff! 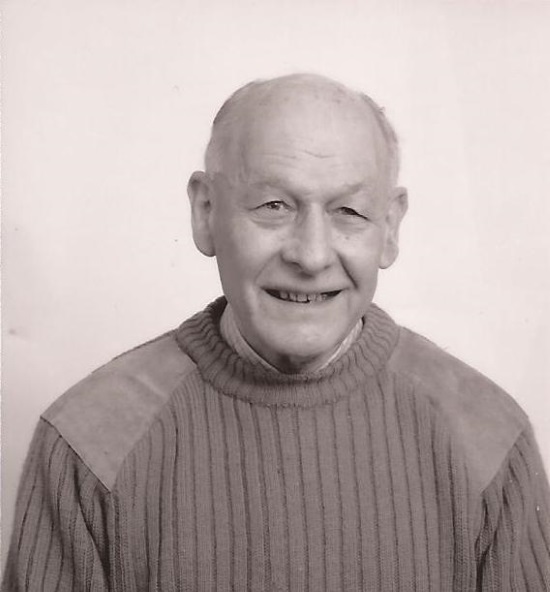 At some point in the late 1940's Bill became Fenja's alpha and omega, her ultimate raison d'être, and so it is unthinkable not to include his picture here, particularly as these were taken at the same visit to the photo-kiosk, for passport purposes.

It's quite hard to reconcile this genially avuncular image with the ferocious wartime infantry officer and, later, terrifying construction project director that he had been in his time, but needs must when the devil drives and IDC he found no further need for those personas. A most erudite and congenial uncle-in-law.

In The Kaulbacks, Bill traces Fenja's lineage back but a single generation, as per the family narrative and tree of descent reproduced below. 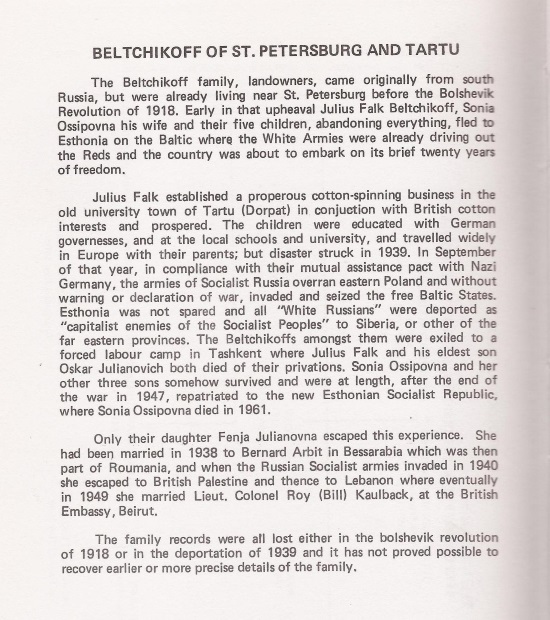 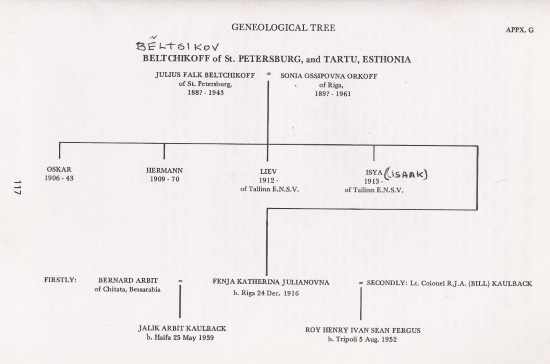 But there is a great deal more to the story, as is now recounted...