Of Commas and Karens

In 1997, the BBC broadcast a TV documentary called Forgotten Allies, as part of their Timewatch series. Surprisingly, Ronald Kaulback wasn't amongst the interviewees, but an account he had written (in Feb 1991) for the author Shelby Tucker was subsequently excerpted by a pro-Karen website together with excerpts from the actual interviews.

Just three years after the program, in May 2000, Shelby Tucker, a truly remarkable Anglo-American lawyer, author and explorer – a politicised version of Ronald Kaulback, in many ways – had included Kaulback's account as an appendix to a sensationally successful travel narrative in which he dramatically highlighted the ongoing plight of the Karens.

A slightly dog-eared copy of Forgotten Allies is still accessible; with contemporary footage from both the Karen/British and the Japanese sides, plus newsreel reports, and detailed witness from Karen veterans and retired British officers. One feels utterly embarrassed and ashamed about what it reveals...

As a consequence of the British general election in Jul 1945, the Labour leader Clement Attlee became Prime Minister of a Labour government, while Winston Churchill retreated to leadership of the Conservative opposition. Attlee had been deputy Prime Minister during the war, with entire responsibility for the home front, and had performed very well indeed, and so the electorate decided they'd like more of that, please.

Churchill had, as any fule kno, been directing the war effort, and indeed had come to symbolise Britain. But the electorate, probably quite rightly, saw him as less reliable as to how to win the peace (as it was phrased) following VE day (Victory in Europe).

The war was still continuing, however – VJ day (Victory over Japan) day was still a month away – and Attlee was now in charge of that as well as the home front. I'm trying very hard to make excuses for our appalling betrayal of the Karens in the months and years that followed ... Was it ignorance rather than perfidy?

Sadly, Ron neither saw the program nor read the book, as he'd died in 1995, but the full text of his Note to Shelby Tucker can now be seen as follows – or click here for the pdf version. 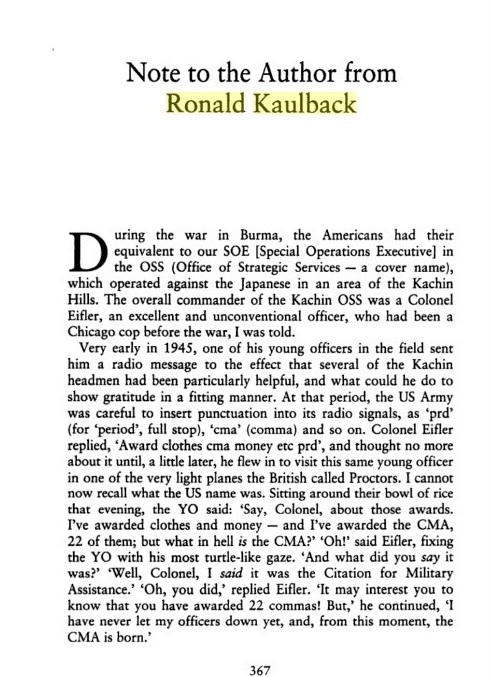 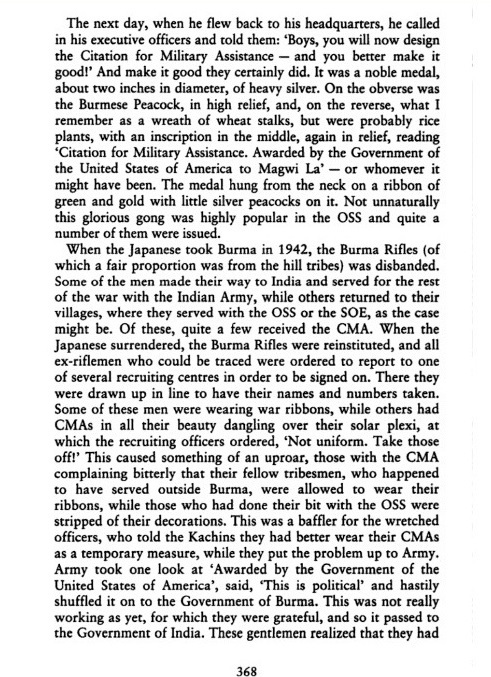 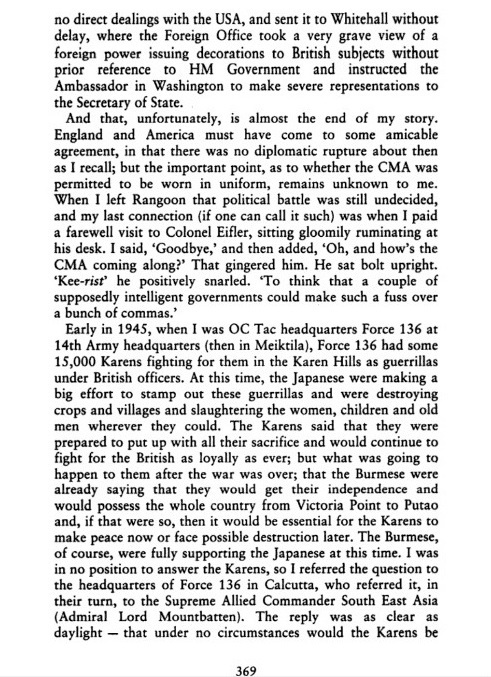 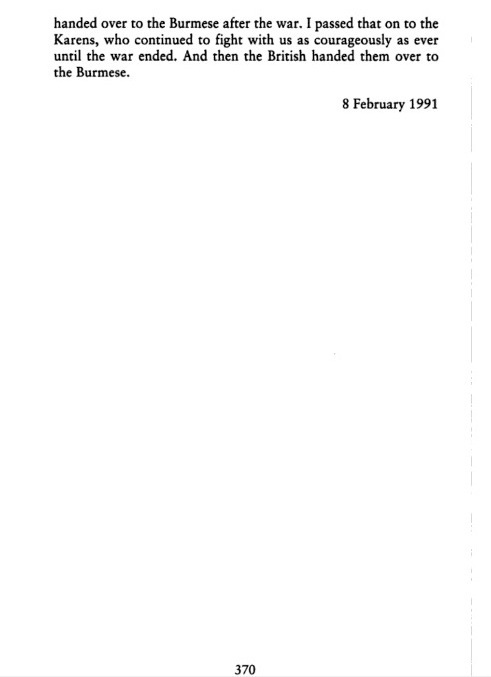