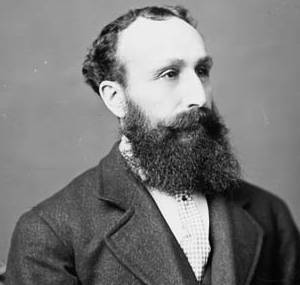 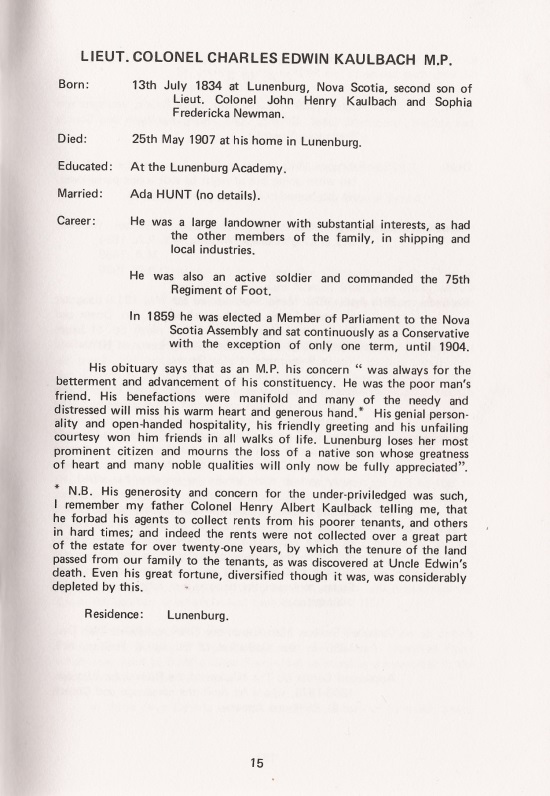 The County of Lunenburg was a federal electoral district of Nova Scotia that was represented in the Canadian House of Commons from 1867 to 1925 and from 1949 to 1953. Charles Edwin Kaulback was elected on the Conservative ticket for a total of 22 years during that first electoral era.

These figures don't tell the whole story by any means ...

In the 1867 election, Henry Adolphus Newman Kaulback had lost heavily to Edmund Mortimer McDonald, who was succeeded by Charles Edward Church in the 1872 and 1874 elections. Charles Edwin Kaulback now sought to avenge his brother in the 1878 election, and the gloves were really and truly off this time, as can be seen from his electoral poster. These bare-knuckle tactics won him the seat with a resounding majority. 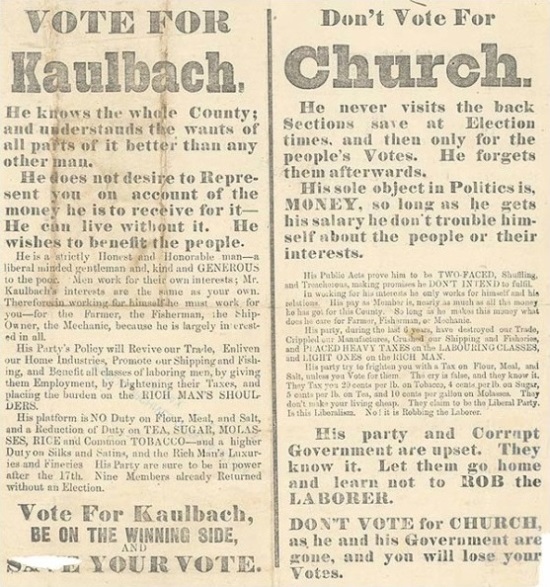 But at the next election in 1882, he lost to Thomas Twining Keefler by a narrow margin – which was subsequently annulled. The rematch in 1883 gave Kaulback the victory but by an almost equally narrow margin. The Liberals bounced back in the 1887 election, won by James D Eisenauer in a close-fought contest, the result of which was reversed in 1891 when Kaulback won narrowly. He won again in 1896 against John Drew Sperry, and again in 1900 against Alexander Kenneth MacLean, his majority increasing each time.

But in 1904, MacLean had his revenge, at which point Kaulback decided to hang up his gloves. MacLean won again in 1908, but resigned in 1909, enabling John Drew Sperry (the Come-back Kid) to win the subsequent by-election, only to lose again in 1911.

After that it got boring.