But, moreover, Sir Richard Vassar-Smith, Bryan and Peter's headmaster at Saint Ronan's, had himself been a pupil there between 1918-1921, before going on to Lancing and thence likewise to Pembroke College, Cambridge, between 1929-1932, where naturally enough he renewed his great friendship with Ron and Bill.

I think Bryan and Peter were at Saint Ronan's from 1956 until 1961. The school was (and of course still is) in Hawkhurst, in Kent, just over 14 miles by road from Mayfield in East Sussex. And so when Sonia and Susie went down from time to time to stay for the weekend with Elsa Douglas in her oast-house just outside Mayfield, they would borrow Elsa's beloved LES (a half-timbered Morris Minor Traveller) and tootle over to visit their young brothers, either to take them out for tea, or to help spectate at an inter-school cricket-match. 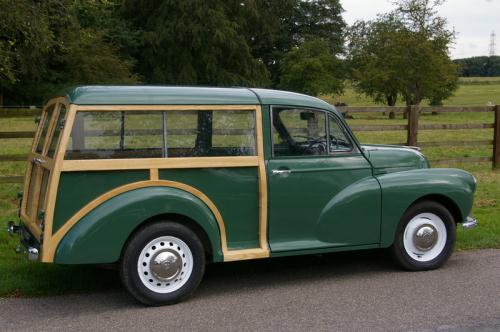 I think it was at this time that Sonia (who was the driver on these occasions) developed her penchant for running out of petrol, and on one occasion having to coast down the final hill on an empty tank, coming to rest whilst still short of the Oasthouse.

Some years later, in the late 1960's, I occasionally had to push our Ford Anglia Estate, with Sonia at the wheel, a good half mile along the Earlham Road in Norwich, fortunately very flat, to get to the petrol station at Fiveways Roundabout on the way to the University of East Anglia where we both worked in those days. That's not too bad, you may say, but she once pulled this trick twice in the same week. We were very impecunious and she felt that this was an excellent form of economy.

Reverting briefly to Saint Ronan's, the family tradition continued with Sir Richard's son John Vassar-Smith, who became headmaster after him, but there were to be no more young Kaulbacks on the school roll ever again.