I'm not yet entirely certain of the chronology, but at some point during late 1954 or early 1955 a young woman newly-widowed, newly-impoverished and with a teenage son at boarding school to provide for, arrived back in England from Baghdad. She had been born and brought up in the Middle East, had spent most of her adult life out there (apart from the war years), and had few if any contacts back in the Home Country – apart from her kindly and supportive mother.

This young woman, Daphne Kendall, and her son Christopher, two of the most remarkable people it has been my own personal good fortune to have encountered in this Vale of Woe, were most extraordinarily interlinked with both my father's family and my future wife's family, and would have the most profoundly benevolent influence on my own haphazard teenage and twenty-something years, and indeed the irrepressible emeritus Professor Kendall into whom Christopher has metamorphosed is still, I am very glad to say, an iconic feature of our personal landscape.

But let's first get the genealogical background established. The tables that follow are based on three quite distinct resources (and some of the dates are still a little bit fuzzy):

And more recently, Himself has set up a tree in Ancestry.com (which is accessible (to Ancestry Worldwide subscribers) via the following link

The frequent recurrences of May Prussia in these interconnected lineages are highlighted in what might well be described as Prussian Blue! 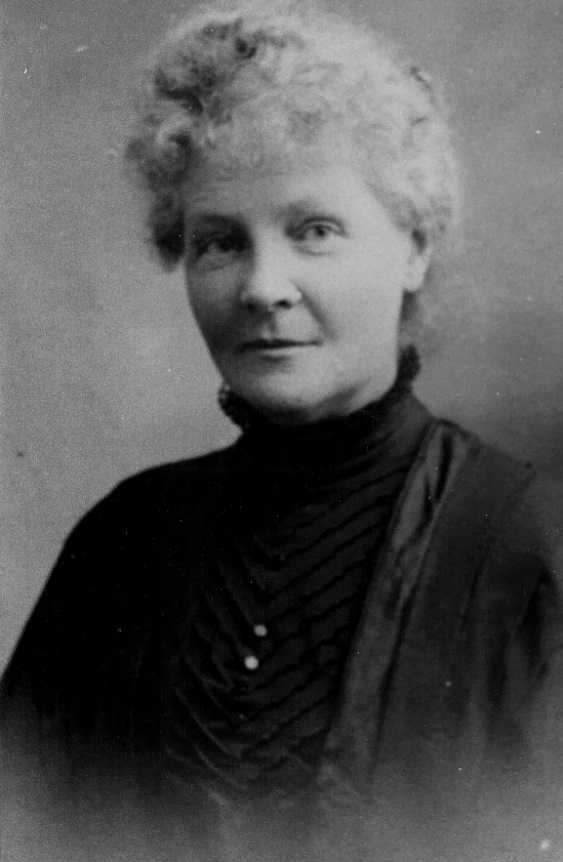 But May Prussia notwithstanding, by far the most interesting and colourful member of the family was her cousin Edward James Corbett, Jim Corbett, the renowned big-game hunter, of tigers and leopards in particular (though he only shot man-eaters). He was quite possibly the prototype of Beachcomber's Big White Carstairs and the solar-topee'd heroes of innumerable jungle adventure stories in Boys Own Paper and the like. But he was also a trail-blazing naturalist, conservationist, ecologist, author and thoroughly nice guy. Do follow the link to his Wikipedia profile. 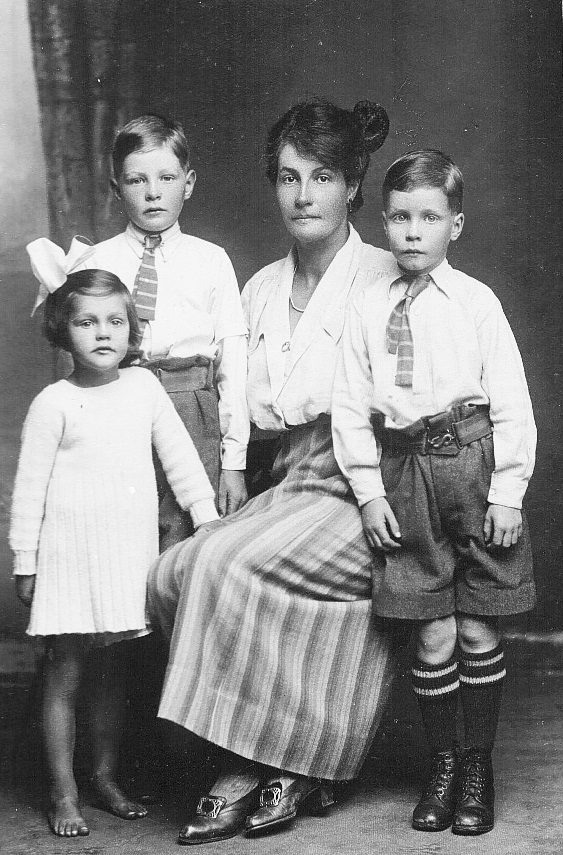 Above: Edith Matthews (née Shields) with her children Daphne, Keith and Dudley 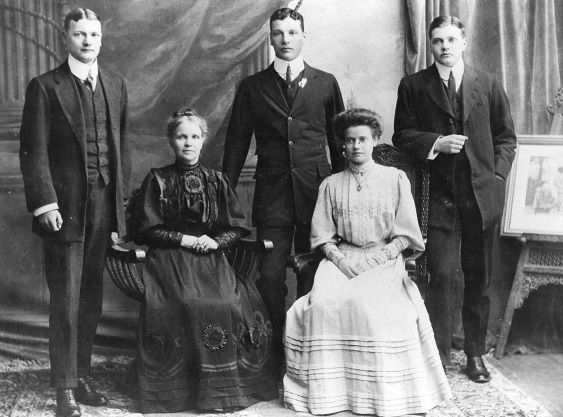 Above: May Matthews with her children Arthur, Frank, Lassie and John 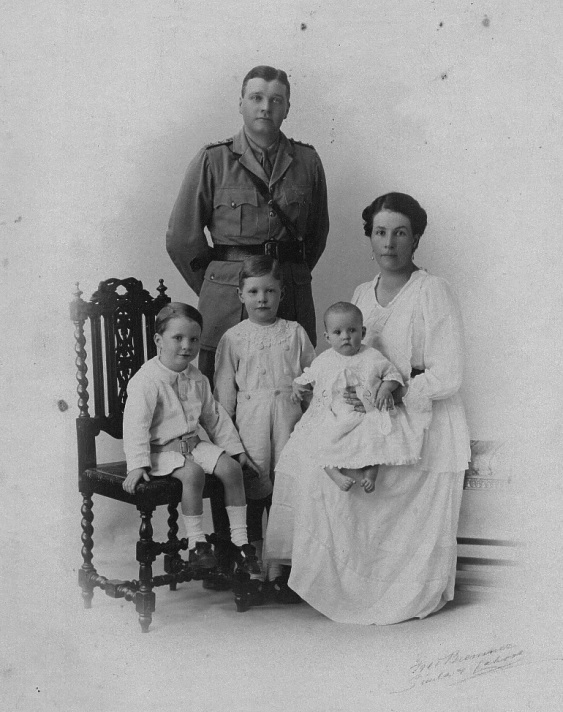 Above: John and Edith Matthews with their children Dudley, Keith and Daphne 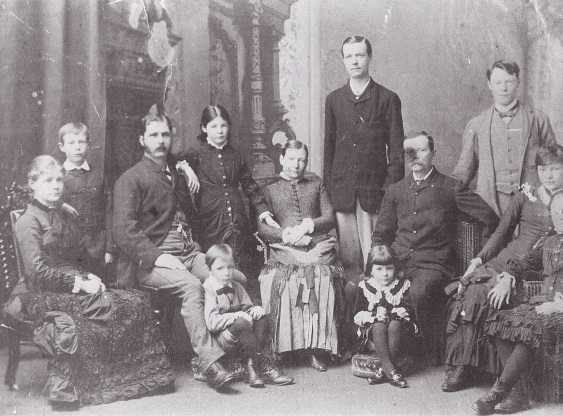 Above: George Duncan Prussia with his wife Emma (née Bates) and their family. May is on the extreme left, and CGStCK identifies the seated figure next to her as Harry Shields – which enables the four sons to be confidently identified by their evident relative ages from L to R: Harry, Hugh, George & Alfred. Not quite so unequivocally, I'd say the four daughters are from L to R: Ethel, Clare, Maud & Daisy.

Please click here for a much better copy, photoshopped by The Prof himself, with identifiers incorporated. These differ in two respects from my earlier attributions, in that both George & Alfred and Maud & Daisy are interchanged (ie Alfred is to the LHS of George, and Daisy is to the LHS of Maud).

These reversals are supported by revised DOB's and the apparel of those involved.

And considerably less than a century later, a very different concept of style 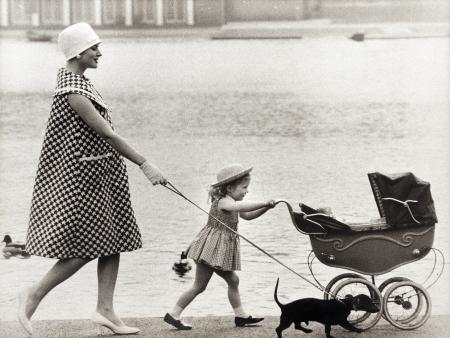 I have understood that it was, to the last, her proudest boast that she never had been on the water in her life except upon a bridge and that over her tea (to which she was extremely partial) she, to the last, expressed her indignation at the impiety of mariners and others who had the presumption to go "meandering" about the world. It was in vain to represent to her that some conveniences, tea perhaps included, resulted from this objectionable practice. She always returned, with greater emphasis and with an instinctive knowledge of the strength of her objection, "Let us have no meandering."

The meanderings of our hero, the distinguished Professor C G St C Kendall, would probably require an entire website to do them justice, so let us simply record what we know of his parents' and grandparents' peregrinations, in an era where one went everywhere by steamship, when lengthy voyages could still take weeks (including stop-overs) rather than a few hours, or a day at most, by the intercontinental jets of the 1960's and 70's onwards.

It's evident that a good many journeys, both eastwards and westwards, are missing from these tables, but it's clear that the John Marcus Matthew and William George St C Kendall family units lived intensely peripatetic lives.

In 1608, in the small colonial settlement of Jamestown, Virginia, which was beset by starvation and disease, struggling for its very survival, one of its most prominent members became the first person in North America to be officially executed (Francis Drake's execution of Thomas Doughty on 2 Jul 1578 was in Patagonia, South America, and was legitimised by Drake's authority as captain of a sea-going vessel), in circumstances which have been disputed ever since.

The Wikipedia article on Kendall is quite bizarrely lacking in any context or explanation for the paranoid accusations that were levelled against him, and we must dig deeper, but it can be said right away that he was quite possibly more sinned against than sinning.

A priori, his true misdemeanours might have been any of the following

The first and second of these propositions are examined in 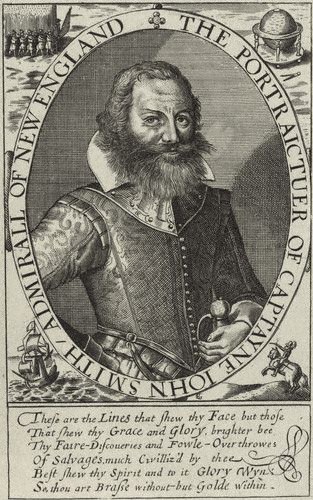 The scorpion in the carpet slipper was undoubtedly John Smith, and his track record prior to the Jamestown imbroglio must first be exposed to the light of day. The congratulatory verse referring to his "fowle-overthrowes of salvages" needs a bit of analysis, for example; to us it might sound rather like fly-tipping, a thoroughly anti-social activity. In Jacobean English the word "salvage" evidently meant "savage" as in native or aboriginal. And to a sailor, the word "fowle" simply meant contrary, or unfavourable, as per a current or wind. So "fowle-overthrowes of salvages" actually meant supplanting the local inhabitants by force majeure, a thoroughly deplorable course of action to modern eyes.

By a quite extraordinary coincidence, on the very day I am writing this, a newspaper report has described gruesome fresh evidence of the plight in which the Jamestown settlers found themselves during the winter of 1608/9 – no longer a problem for the unfortunate George Kendall, though.