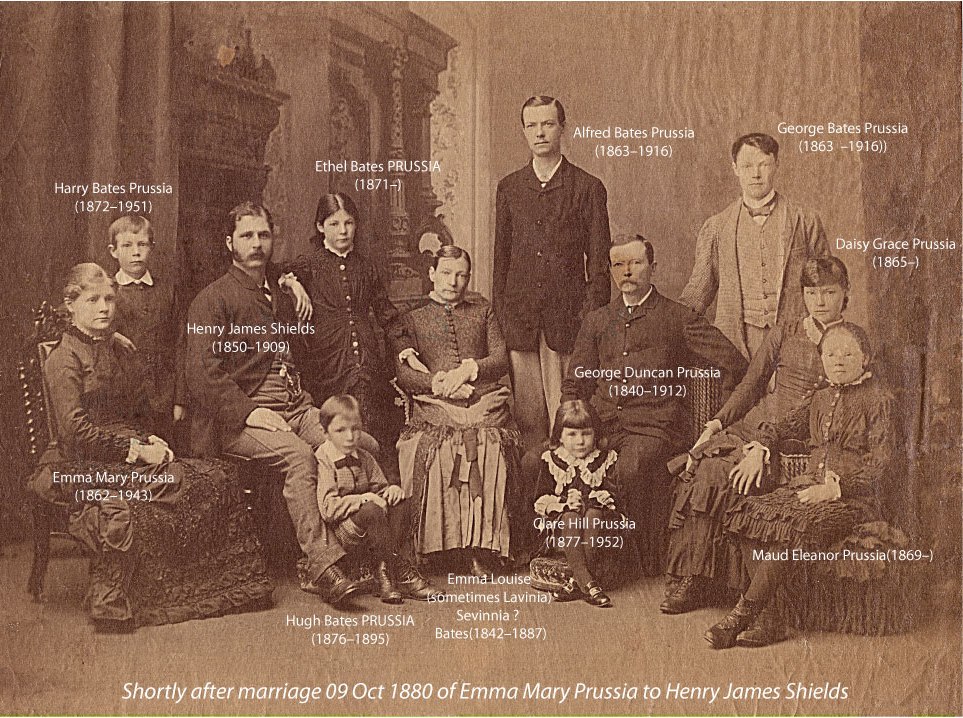 It's a considerable improvement on the earlier version, in both quality and quantity – Daisy and Maud are no longer vertically semi-trimmed on the RHS.

Though poor Emma Louise, aged only 40 but already the mother of 9 children and an infant mortality, reminds me irresistibly of the proverbial population statistic: broken down by age and sex. No wonder she died just 5 years later.