I didn't have any prior intention of investigating the antecedents of Maurice, but of course everyone exists in a reciprocal context of their parents and their offspring, so sometimes the chronicler has to bounce backwards and forwards between each and the others in order to make progress. All we know about his mother is that she had been born in the Westminster area of London, and so perhaps we can edge forward via his father Émile. 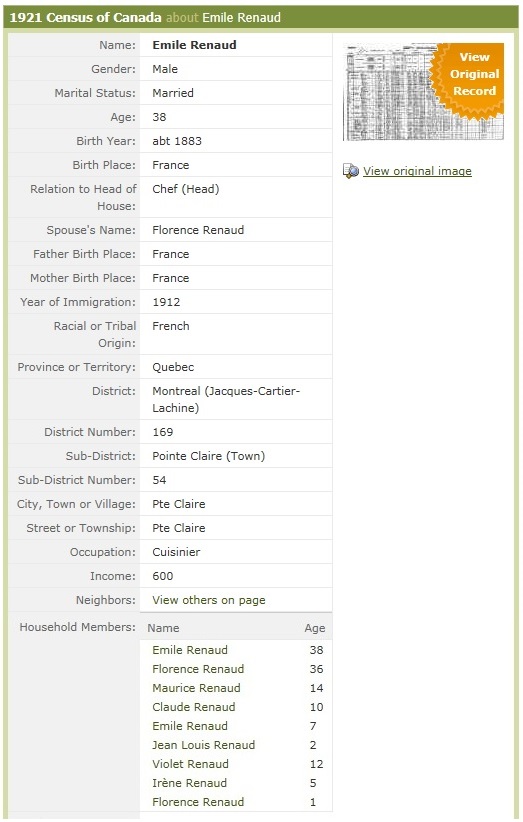 $600 (Canadian) a year sounds pretty good for that time (though I've not done the rate of exchange and depreciation arithmetic). Cuisinier doesn't unequivocally translate as chef, though, and I do get the impression that he hovered uneasily between the one status and the other.

The first clue that I've noticed as to his precise birthplace is in this record of his being a ship's cook in 1937: 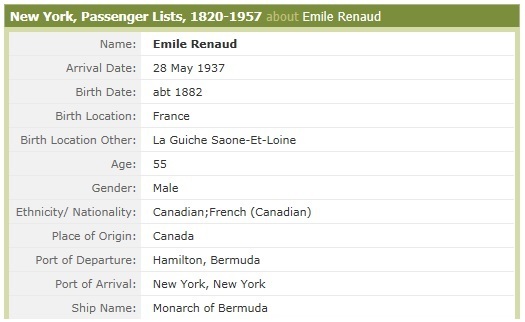 La Guiche Sâone et Loire does sound rather delightful. Wikipedia tells us that it's a Commune in the Bourgogne region of eastern France, as per this mini-map: 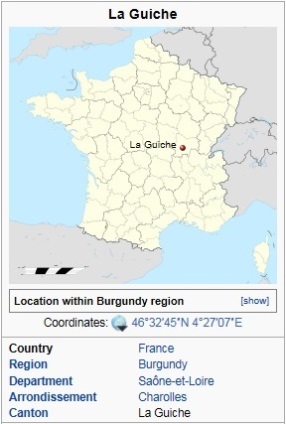 This rather stuffs my working hypothesis that Emile might have been the subject of the following record, discovered via the ever-helpful ancestry.co.uk: 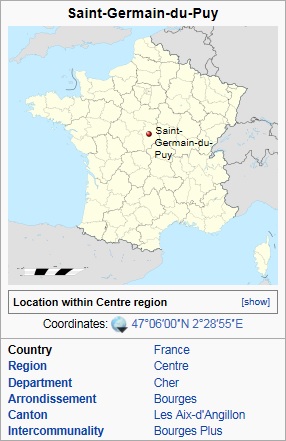 The Passenger List (in which he is revealed as one of the ship's cooks) also tells us that he still lived at the city (as of 2006) of Pointe Claire in Quebec, just as he had in 1921. Perhaps he had reached that saddle-point in life at which by paddling reasonably hard you stay clear of the downstream Niagara but you're never going to make it to the upstream Shangri-La.

So maybe he will remain forever enigmatic. There is, nevertheless, one thing that might bother us. Emile was just 31 at the outbreak of the Great War in 1914. Did he not feel a patriotic urge to return to the defence of France, or indeed Britain as well? This was an agonising issue for Canada as a whole, and Vimy Ridge notwithstanding a lot of Canadians had very mixed feelings about getting involved.

And, furthermore, he was a chef. We all recognise the traditional cartoon silhouette (though these days they are all leaner and meaner). Perhaps he simply failed the physical. Route marches, for instance. How would he have coped? Let us close by reflecting on the wise words of the mysterious Mr Marsh to the scoutmaster in Kipling's story His Gift:

"Route-march!" said Mr Marsh in horror. "Lor! The very worst use you can make of your feet is fer walkin' with 'em. Gives you bunions. Besides, 'e ain't got the figure for marches. 'E's a cook by build as well as instinck. 'Eavy in the run, oily in the skin, broad in the beam, short in the arm, but, mark you, light on the feet. That's the way cooks ought to be issued. I've never 'eard of a really good thin cook yet, did you? No, nor me ..."