AN iconic Lowestoft brand established in the 18th century is to be revitalised under the stewardship of a new business manager. 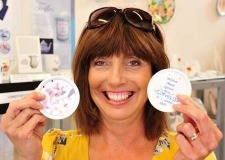 Sally Rivett is taking over Lowestoft Porcelain at Henstead 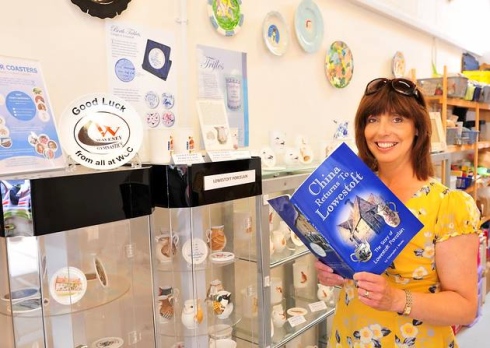 Sally Rivett has taken the reins of Lowestoft Porcelain which faced an uncertain future after Peter Knight – the man who revived the famous marque 12 years ago – died last December.

She will be tasked with developing a repertoire of ceramic products including hand-painted celebration tablets to commemorate special occasions.

Mrs Rivett, who is managing director of Paint and Create and Your Coasters based at Henstead Arts and Crafts Centre, said: "I want local people to know more about the brand as well as pushing it online.

"I am proud to be associated with Lowestoft Porcelain and have learnt so much about running my own business and the company's history in Lowestoft." 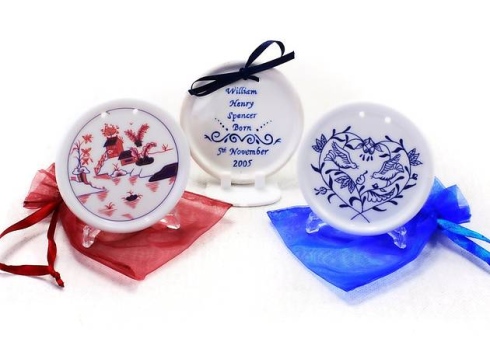 Mrs Rivett said she had used her experience, gained working under Mr Knight at Lowestoft Porcelain, to gain the confidence to start her own enterprises.

In 2007 she started craft-company Paint and Create and followed this last year by launching Your Coasters, which produces signature coasters for a range of clients.

Mrs Rivett said her work had enabled her to realise the popularity of Lowestoft Porcelain celebration tablets, which are sold at Henstead Arts and Craft Centre. Each tablet created by the company is entered in a ledger and logged by Suffolk County archivists.

Speaking about the tablets, she told the Journal: "I want to build up the brand locally, nationally and internationally. Anything with someone's name on it is personal to that individual."

Lowestoft Porcelain was first established in 1757 and produced household pieces such as teapots, tea bowls, cups and saucers and personalised birth tablets at a factory in Crown Street, before closing in 1802.

The brand was revived in 2000 by Mr Knight who researched the original moulds and designs at Norwich Castle Museum in a bid to maintain the company's historical origins.

A new Lowestoft Porcelain factory and showroom was set up in Battery Green Road, moving to new premises at Lowestoft Arts Centre in St Peter's Street about 18 months ago.

Mr Knight's widow, Catherine Bennett, is now the proprietor of Lowestoft Porcelain, with Mrs Rivett taking the role of business manager after working for the company since 2003.

The business will now be run from Henstead Arts and Craft Centre at Toad Row, Henstead, while products will still be sold and displayed at the arts centre and the Ferini Art Gallery in Pakefield.

Meanwhile, older items remain extremely popular with collectors. A unique collection of rare Lowestoft porcelain sold for £75,000 at an auction in London in April 2008.

The 61-lot group of mainly blue and white ware was put together by Cecil Taylor, a solicitor in Lowestoft and an inveterate collector, who died aged 69 in 1944.

• For more information about Lowestoft Porcelain, contact general@lowestoftporcelain.co.uk or call 01502 744244.