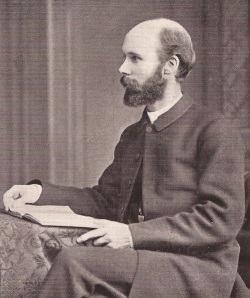 I'd like to start by reproducing a montage from two consecutive pages of the Journal of the Royal Astronomical Society, in the Obituary Section devoted to Fellows of that Society, of which he had been proposed as a Fellow in Dec 1894 and elected a month later as shown below.

This gives us not only an excellent perspective on his life, but also quite a jolt to realise his hitherto unsung interest and attainment in astronomy. Wow. I'd never heard tell of this before; these dusty ancestors do have a trick or two up their sleeves.

And note the recurrent theme of illness asserting itself in middle life. A Minister's life was not particularly privileged – the pay was meagre, the duties were arduous and interminable, meals were sparse and Spartan, the Manse was probably cold, draughty and damp...

His mother Helen Halcro Wardlaw was a scion of the Erskine and Wardlaw dynasties, steeped to their fingertips in the rock-solid beliefs and principles of Scottish Presbyterianism, and universally admired for their personal qualities.

His father was of course more mercurial in his allegiances, and (I have to say) just perhaps a little bit theologically unconvincing sub specie aeternitatis; though renowned for his mesmerising preaching, it was maybe the delivery that packed-in the congregations rather than the content. The medium rather than the message. And with more than a touch of vanity about his personal appearance – we might even suspect a proto-televangelist.

So were these contrasting influences in conflict? For him at least, a creative confluence: he was the only son to study theology and to be ordained (as a standard-issue Presbyterian in the Church of Scotland).

And in 1901 the University conferred the degree of LL D upon him, in recognition of the high merit of his religious writings.

As noted above, he became minister of Whitekirk Church in 1879 and remained there until ill-health forced him to retire in 1904. Along the way, in 1882, he married Elizabeth Watson Laidlay, but there were to be no children.

Selections from the published writings of the Rev. Dr Peter Hately Waddell, with biographical notice and portrait – privately printed, 1892

(This is referred to in the Memoir of the late Rev. Dr Peter Hately Waddell already encountered in the profile of his father.)