A phrase usually reserved for marathons, but on this occasion literally, on a short walk to the bus-stop with my wife Sonia on a Sunday morning.

Following a stumble and a headlong impact with the adjoining brick wall, an ambulance arrived and its admirable staff took charge 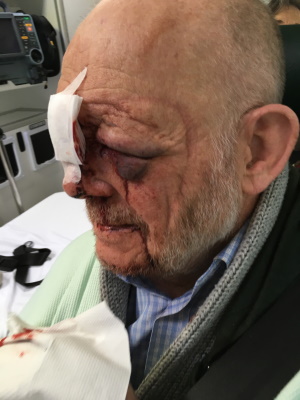 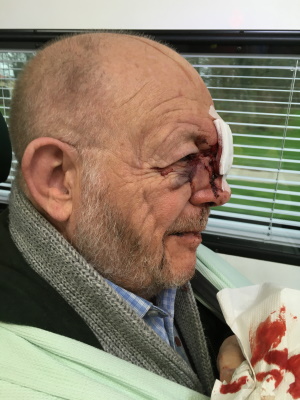 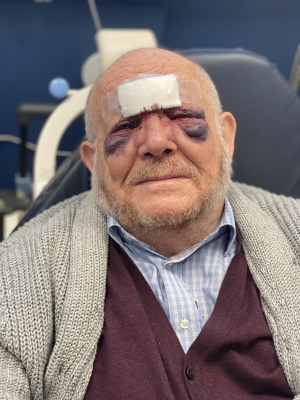 where in due course our son Nick arrived post haste 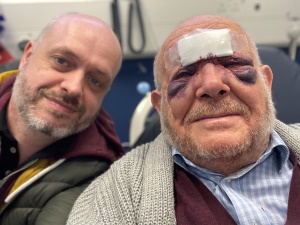 and began to realise the gravity of the situation 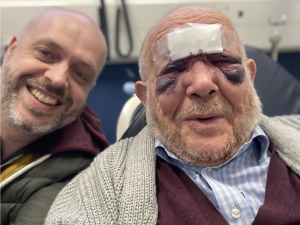 though I'm no longer able to wag a suitably reproving finger at him. 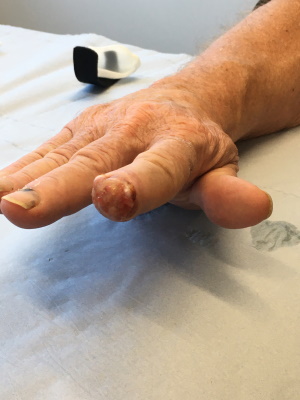 Whilst an experience such as this has to be accepted as part of life's rich tapestry, it's been an undeniable burden on the National Health Service, which at the time was preparing for the Coronavirus challenge. I'm very grateful indeed for their care and attention.

I also have to admit that I've been susceptible to tumbles of this sort ever since the very first occasion in the school playground, after which I had to sit through a double physics lesson with one foot in a bucket of cold water.

And in my later running career I turned one ankle or another from time to time, so often that I began to run deliberately splay-footed. Not a pretty sight.

So one wonders why it happens. It's obviously not just anno domini, I'm simply asinus domino, an ass that easily falls over.