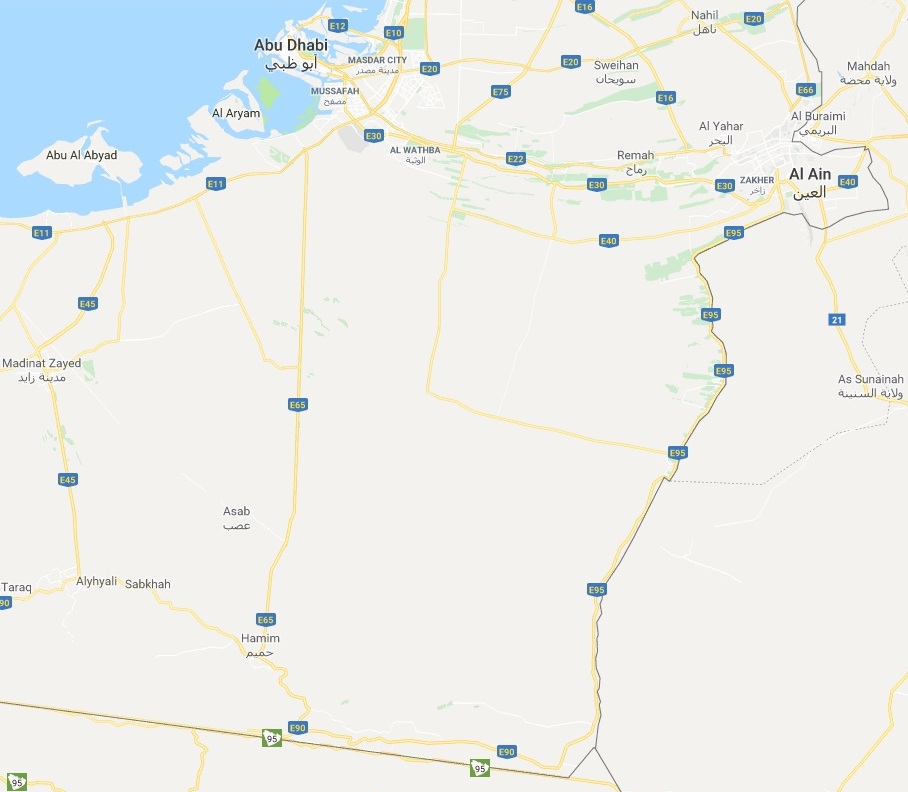 The Liwa Oasis area is towards the lower end of Abu Dhabi, south of Taraq. Its traditional livelihoods were date-farming and pearl-diving (on the seaward side of the Khor Al Bazam, it should be emphasised). Further south lies Saudi Arabia and to the east is Oman. 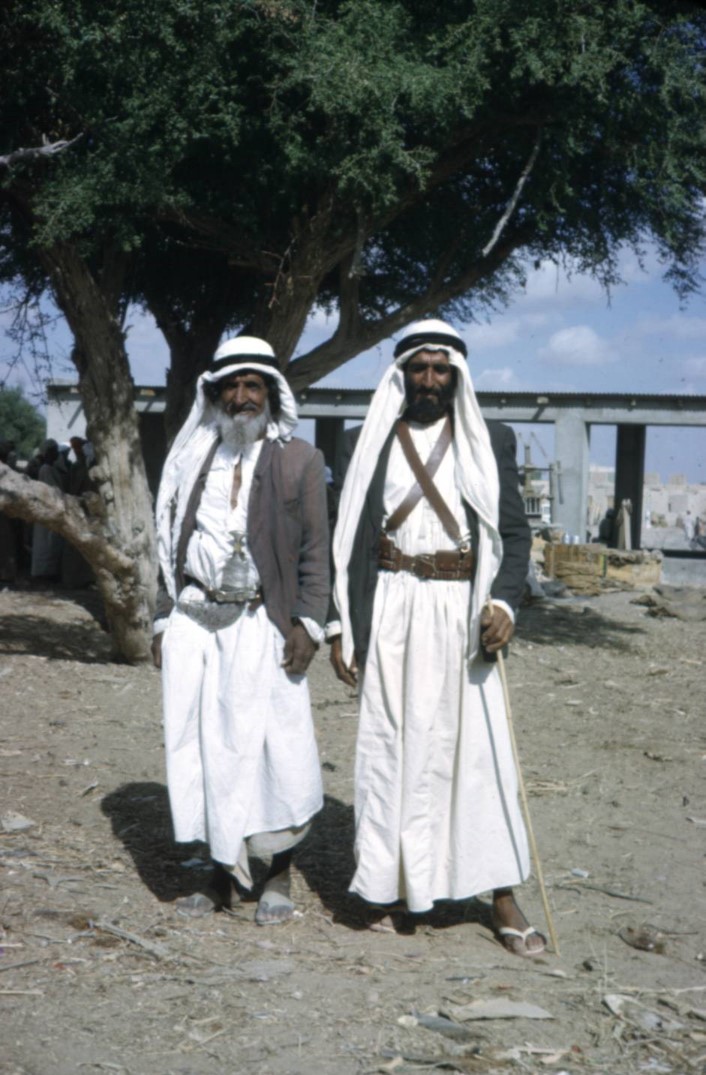 Al Buraimi is an oasis town in northwestern Oman, on the border with easternmost Abu Dhabi. An important city of Abu Dhabi on that border is Al Ain, which nowadays eclipses Buraimi economically. But in the 1950's Buraimi was the focal point of a confrontation between Saudi Arabia and the Trucial States (backed by Britain, who threw out invading Saudi forces by force of arms – real Boys Own Paper stuff).

The Buraimi Dispute arose from Saudi Arabia's claim, first made in 1949, of sovereignty over a large part of Abu Dhabi territory where oil was suspected to be present and an area in a 20-mile circle around the centre of the Buraimi Oasis. The claim arose after a geological party from the Arabian American Oil Company (Aramco) crossed the 'Riyadh line'. This was a border line negotiated in 1935 by Great Britain on behalf of Oman and Abu Dhabi with Saudi Arabia, which the latter had rejected. The Aramco party was accompanied by Saudi guards and was met by Patrick Stobart, then political officer for the Trucial States. Stobart was briefly detained by the Saudis, who disarmed his guards. The incident led the British to formally protest to the king of Saudi Arabia, King Abdul Aziz Al Saud. The Saudis responded by extending their territorial claim to include the right to negotiate with the sheikhs of the entire Buraimi/Al Ain Oasis and areas of the southern and western part of Abu Dhabi.

The Saudis relied on historical precedent (the oasis was under Wahhabi influence in the period between 1800-1870) for their claims, which were countered by arguments from Abu Dhabi and Muscat based on more recent events. The argument led to the 1950 'London Agreement' whereby all exploration and troop movements would take place in the area until the issue of sovereignty was resolved. Despite ongoing negotiations, the Saudis attempted to take back the oasis. In 1952 a group of some 80 Saudi Arabian guards, 40 of whom were armed, led by the Saudi Emir of Ras Tanura, Turki Abdullah al Otaishan, crossed Abu Dhabi territory and occupied Hamasa, one of three Omani villages in the Oasis, claiming it as part of the eastern Province of Saudi Arabia. The Sultan of Muscat and Imam of Oman gathered their forces to expel the Saudis but were persuaded by the British Government to exercise restraint pending attempts to settle the dispute by arbitration. A British military build-up took place, with 100 Trucial Oman Levies (later known as the Trucial Oman Scouts), a British-backed force based in Sharjah, 300 Aden Protectorate Levies, 7 armoured cars and 14 Land Rovers supported by 4 Lancaster bombers (2 based at the British airbase in Sharjah and 2 at Habbaniyh), 3 Ansons in Bahrain and a section of Meteor fighters based in Sharjah. These were supported by two frigates. These forces were used to blockade the Saudi contingent, with attempts to reinforce them seeing truck convoys and camel trains from Saudi Arabia being turned back.

A standstill agreement was implemented and, on 30 July 1954, it was agreed to refer the dispute to an international arbitration tribunal. Meanwhile, Saudi Arabia embarked on a campaign of bribery to obtain declarations of tribal loyalty on which its case was based. This campaign even extended to Shaikh Zayed bin Sultan al Nahayan, brother of Sheikh Shakhbout, Ruler of Abu Dhabi whom he would later overthrow in 1966. Zayed reportedly turned down an offer of $20,000,000. In 1955 arbitration proceedings began in Geneva only to collapse when the British arbitrator, Sir Reader Bullard, objected to Saudi Arabian attempts to influence the tribunal and withdrew. A few weeks later, the Saudi party was forcibly ejected from Hamasa by the Trucial Oman Levies. Together with a few refugee sheikhs and their families, the Saudis were taken to Sharjah and dispatched to Saudi Arabia by sea. The dispute continued to rumble on for many years to come until settled in 1974 by an agreement, known as the Treaty of Jeddah, between Sheikh Zayed (then President of the UAE) and King Faisal of Saudi Arabia.