When history held its breath

This has to be the most surprising discovery since I first began to record my family background and personal history. The events in question had taken place over a quarter of a century before I and my fellow residents unrolled our carpets there, and in any case, although the weathercock of history had wavered very slightly, the gathering storm had not been averted.

There's an interview with Peter Ustinov on YouTube ... [deleted] where he mentions von Schweppenburg being involved in a 1938 attempt to prevent the outbreak of war. Ustinov's father was a Press Attaché attached to the German Embassy in London earlier, having left in 1935 and become a British subject, and in 1938 he received a telephone call from von Schweppenburg (who was the German Military Attaché at the time) in which he asked Ustinov's father to try and get the British Government to make a firm stand against Hitler at Munich, because von Schweppenburg said, it was the last chance they (ie the German General Staff), had of stopping Hitler. Ustinov's father was revealed in 1999 to have been working for British Intelligence at the time. A secret meeting was held between members of the German and British [Imperial] General Staff at Ustinov's home, on the fourth floor of 34 Redcliffe Gardens, London. The British however, decided, (presumably regarding the proposals put forward by the Germans at the meeting) that 'they couldn't risk it as it might be a trap'.

What a tragically missed opportunity. And what a strangely incongruous setting – by the mid-1960s the decor was faded, the kitchen and bathroom facilities very outmoded, and roof-top balustrades obscured the daylight from two of what were now bedrooms, but even in the late 1930s the top-floor flat could not possibly have been terribly impressive.

But the central figure in the negotiations was entirely worthy of the occasion – his cosmopolitan pedigree was ideally suited to the role of moderator between two such different national cultures. And, paradoxically, in the First World War he had fought on the German side, whilst now he was a British citizen hosting an attempt to prevent a Second World War.

Who indeed was he?

(It's rather ironic that he should have shared his unusual first name with one of my flat-mates – they might even have used the same bedroom!)

Jona Baron von Ustinov (aka Klop Ustinov (Клоп Устинов)) (Russian: Иона барон фон Устинов; 2 December 1892 – 1 December 1962) was a German journalist and diplomat who worked for MI5 during the time of the Nazi regime. He was the son of Baron Plato von Ustinov and father of the actor Sir Peter Ustinov.

Ustinov was born Jonah Freiherr von Ustinow in Jaffa, Palestine, then part of the Ottoman Empire, the son of Plato von Ustinov, a former Russian officer and naturalised citizen of the Kingdom of Württemberg, who had married Magdalena Hall, then living in Jaffa, the daughter of the Ethiopian court-lady Katharina Hall, also known as Welette-Iyesus and her husband Moritz Hall, a Jewish-born convert to Protestantism, cannon-caster of Tewodros II of Ethiopia and missionary of St. Chrischona Pilgrim Mission (de) in Ethiopia, and later in Jaffa. Magdalena and Plato von Ustinov had five children, Jonah being the eldest. Jonah von Ustinov disliked his first name and chose the nickname "Klop" ("Bedbug" in Russian), by which he was known to his friends and relatives for the rest of his life.

Ustinov went to school in Jaffa, where – until 1900 – his father hosted the school of the Protestant Immanuel congregation in his Hôtel du Parc, later in Düsseldorf, and Yverdon. He studied at Grenoble University in France and worked at University of Berlin before moving to London. This peripatetic life engendered in Ustinov a cosmopolitan attitude that made him averse to any kind of nationalism.

In World War I he was conscripted into the German Army and served in the Army Air Service unit Flieger-Abteilung (Artillerie) 250. He was awarded the Württembergian Military Merit Order for his services. His brother Peter von Ustinow joined the same unit and was killed in action on 13 July 1917. After the war Ustinov worked for Wolffs Telegraphisches Bureau, the first German news agency, in Amsterdam.

On 17 July 1920 he married the painter Nadia Benois (1896-1975), daughter of Leon Benois. The Ustinovs returned to London where Klop became a press officer for the German Embassy. Their son Peter was born on 16 April 1921. 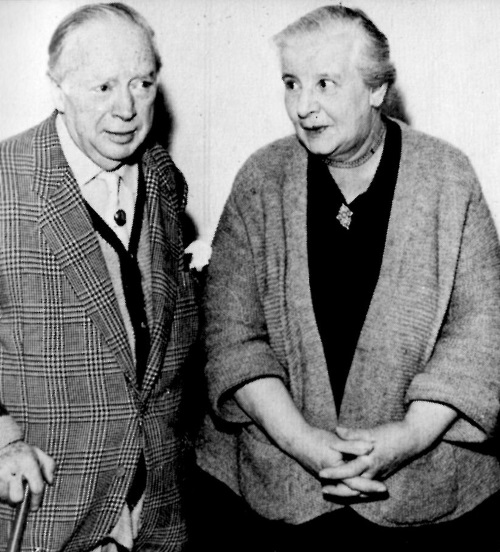 Due to his political opinions Ustinov got into problems with the new Nazi government almost immediately. In 1935 the conflict culminated when Ustinov refused to prove that he was not of Jewish descent ("Ariernachweis"). As a result, he lost his job and chose to become a British citizen, thus avoiding internment or deportation later during the war.

Meanwhile, he had begun working for the British intelligence service MI5 and hosted secret meetings of senior British and German officials at his London home. Notable among these guests were the diplomat Robert Vansittart and Winston Churchill (then out of power). Another was Wolfgang zu Putlitz, a First Secretary of the German Embassy in London who provided detailed information about German rearmament. It was, alleged Peter Wright, "priceless intelligence, possibly the most important human-source intelligence Britain received in the prewar period".

He also tried to convince the British government of a more robust attitude towards Nazi Germany. Seven months before the occupation of Czechoslovakia in 1939, he was able to acquire the German plans. He later regretted that Prime Minister Neville Chamberlain could not bring himself to take any action.