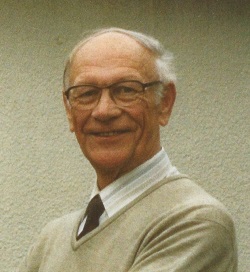 The narrative that follows is reproduced from Alexander (Sandy) Waddell's invaluable summary in his biographical document WADDELL LINE WHO'S WHO. 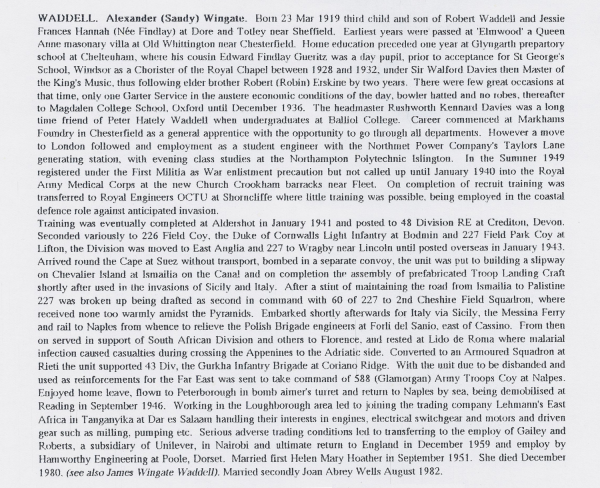 The three youngest children – Sandy, Frances and Jane – were quite close in age, and so to start with, according to Jane, they were taught by a governess Miss Bielby, who did her job very well. Whether she was living-in as would a true governess or simply visited every day to tutor the children, is not recorded. They were then sent to a local private school, where, it was hoped, "they would not pick up a Derbyshire accent"! This school was far less effectual than Miss Bielby had been, and so when Jane was seven and Frances eight the two girls were transferred to the Junior section of Chesterfield High School for Girls (despite the risk of acquiring a Derbyshire accent!). Sandy had by this time moved on to Glyngarth preparatory school in Cheltenham, prior to following his elder brother Robin to St George's School, Windsor1,  2 where both were choirboys at St George's Chapel1,  2 in Windsor Castle.

As you can seem from the link above, I can find virtually no information about Glyngarth for the (brief) period that Sandy would have been there. But the connection with Geoffrey Willans strongly suggests that St Custard's was a thinly-disguised parody of Glyngarth, which tells us all we need to know. 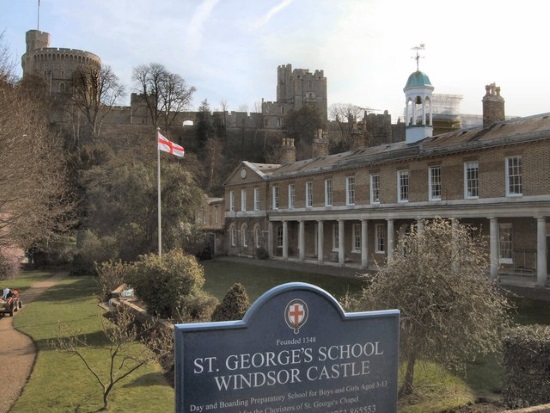 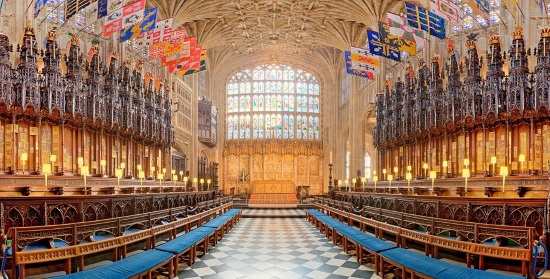 Uncle Sandy had the deepest, yet most melodious, voice of anybody I have ever known or heard. Even when his shoulders shook with laughter, as they often did, its pitch and timbre never varied.

But, astonishingly, he had once, as a boy, possessed the purest of trebles, so that he followed his elder brother Robin as a chorister in St George's Chapel Windsor, the innermost heart of that mystical entwinement of the monarchy and the Church of England. And on one occasion, as recounted below, had sung solo in a recital for King George V (though his performance on that occasion was not entirely flawless, fortunately unnoticed by HM!).

Not very long before she herself died, his widow Joan sent me a copy of the 2002 Chronicle of the St George's School Windsor Castle Association, which reprinted a copy of his son James' address at his funeral. It reveals Sandy to have been – in addition to his many other qualities – an archetypal Waddell, immensely humorous and good-natured (though with a stubborn streak), complicated and reserved about emotional matters, resourceful, and having a certain genius for organisational matters.

One matter which Cousin James touches on below is his father's skill at target shooting, and I believe that Sandy was called upon for many years to take part in the annual national contests at Bisley. This is of course creditable in itself, but few if any people realised that one of his eyes was nonfunctional – it was congenitally lazy, and his father, the rather unlovely Robert Waddell, had characteristically not authorised any remedial treatment. Sandy himself had taken charge of the issue on demobilisation in 1945, and used (part of) his gratuity to have an operation on the eye, though perhaps it couldn't be entirely corrected. 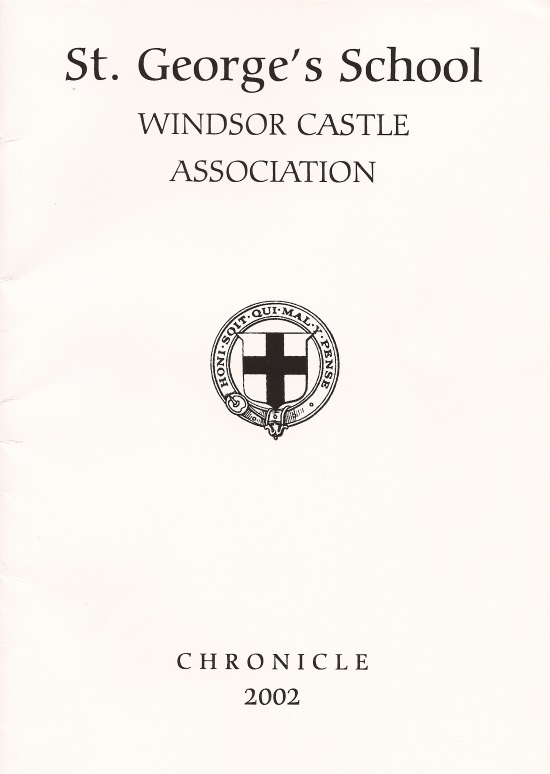 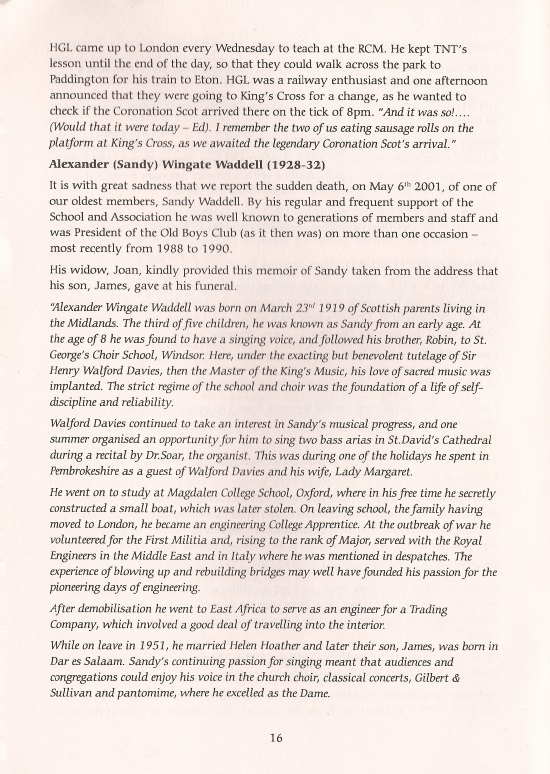 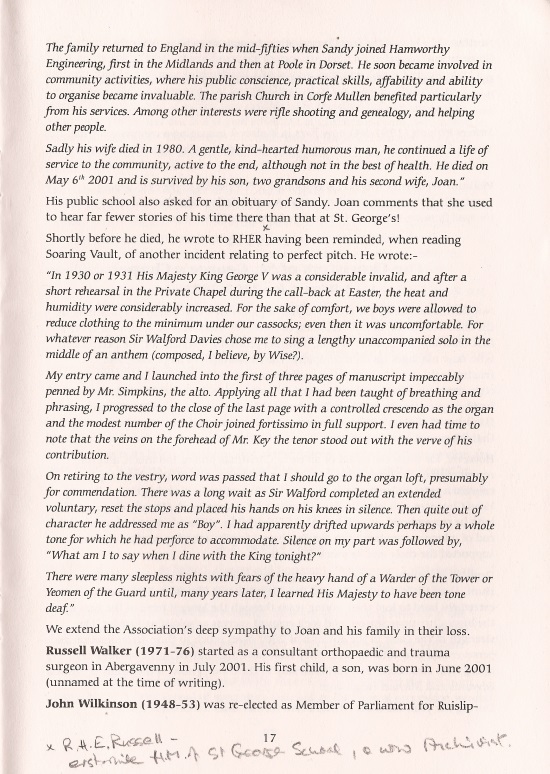 If you'd like to delve into the annals of the school, where better to start than the Soaring Vault (and companion volumes) mentioned above, by its erstwhile headmaster and subsequent archivist.

Richard Russell has spent the whole of his working life in Berkshire. He went straight from Cambridge to teach at Cheam School, near Newbury. He then moved to Windsor, where he ultimately became Headmaster of St George's Choir School, Windsor Castle, and followed that with twelve years as Head of English at Elstree School, Woolhampton.

Among his interests he includes music (he claims to play the gramophone very well), travel, sport, photography, philately, local history, the Romantic Movement in English Literature and genealogy. He is a direct descendant of Leigh Hunt, the essayist and poet, about whom he has written small booklets. He also enjoys composing poetry, and has written several plays for schools.