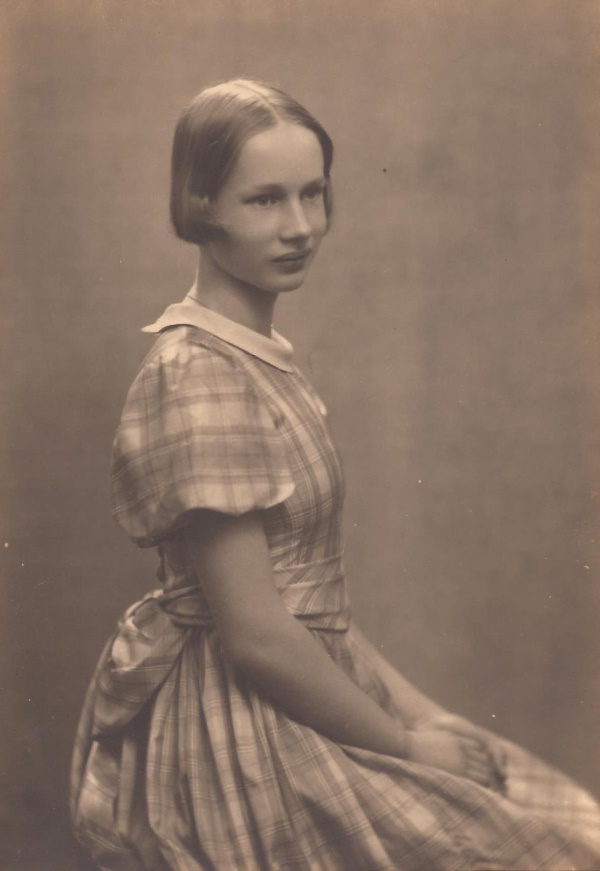 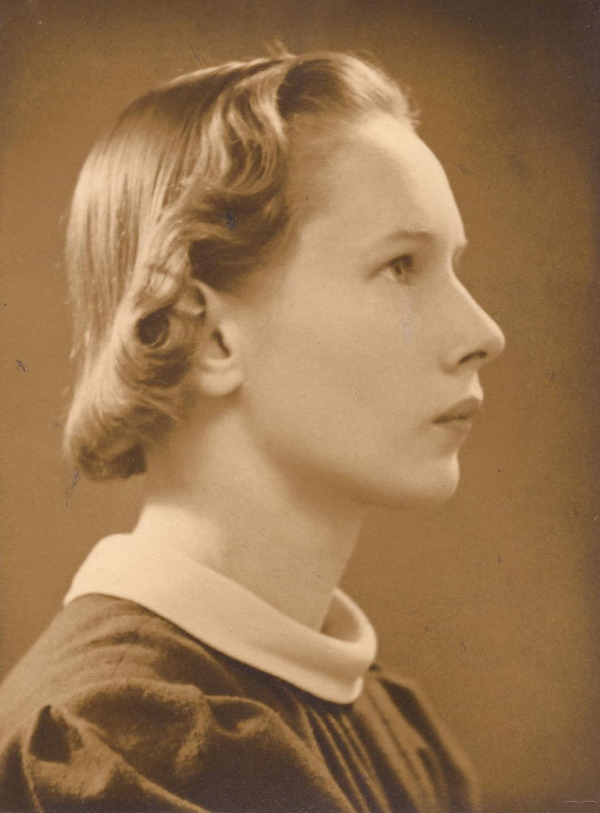 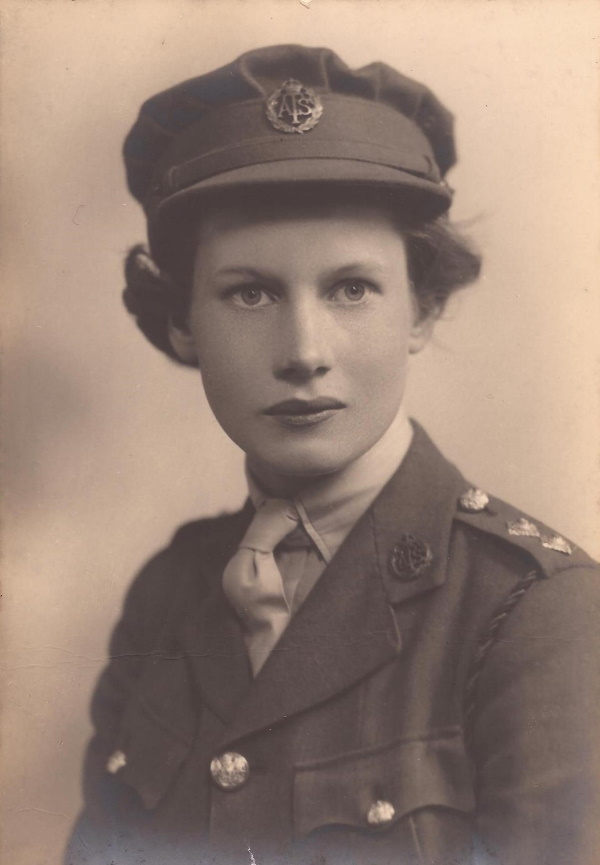 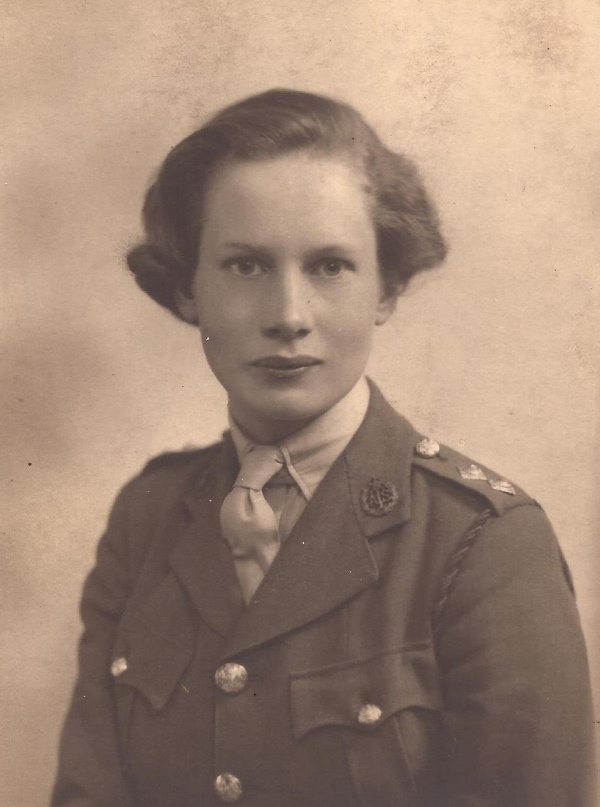 (If it isn't a bit un-PC to say this about an Aunt,
I think she was an absolute corker!) 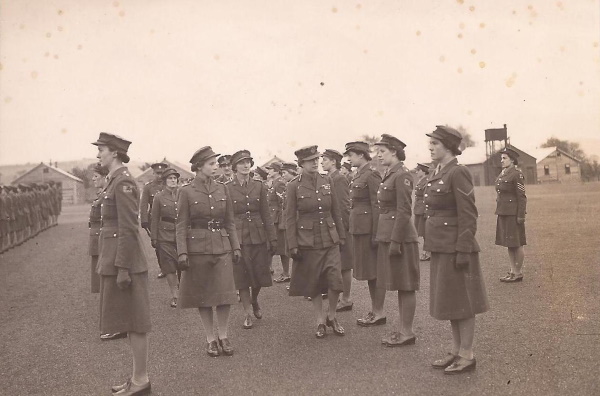 My notes for this say WRAC (Women's Royal Army Corps) rather than ATS.

My father, always happy to lower any high moral tone, used to allege that whilst still an NCO, Frances once marched her entire platoon into a brick wall.

And that whilst in command of a fatigue march to impress new recruits that they hadn't been put into this world to enjoy themselves, her feminine platoon encountered a similar masculine contingent marching towards them. Need I say more? Both platoons instantly decided that this was an unmissable opportunity, paired up, and disappeared into the nearby woods for 20 minutes or so, leaving Frances and her opposite number speechless with embarrassment. 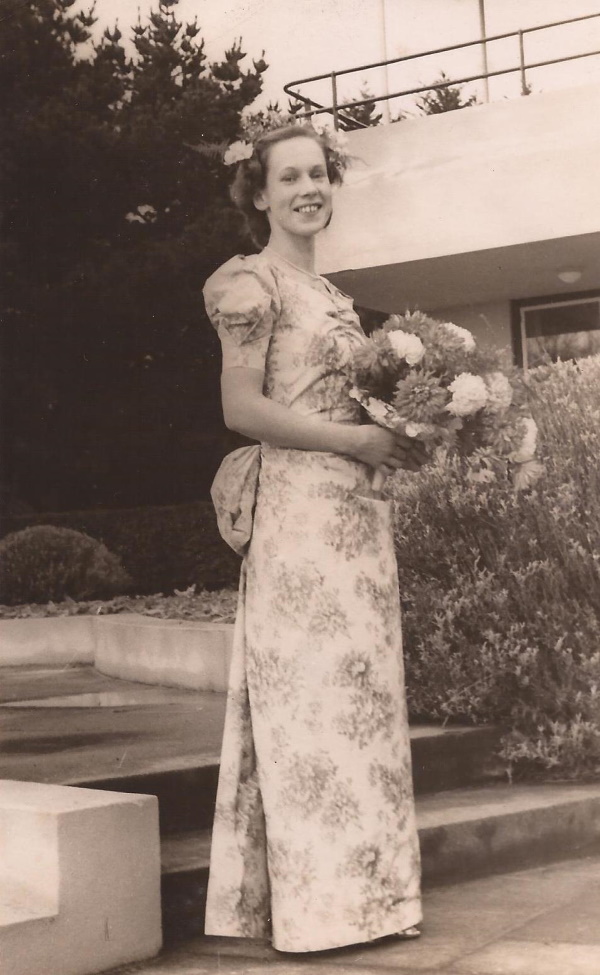 As a bridesmaid (immediately post-war?) 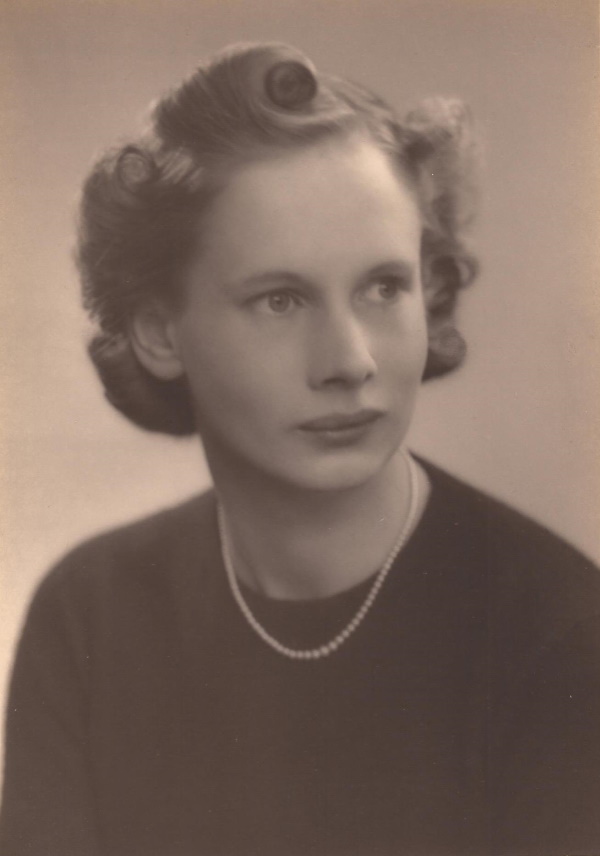