As per the accompanying biographical notes, presented to my uncle Alexander (Sandy) Waddell by his distant cousin Lexie Sumner in 1988, the surname of Wishart is of great antiquity and distinction in Scotland.

For present purposes, we focus on Matilda (née Wishart) Campbell, the mother of Mary Elizabeth Campbell, who became the second wife of Dr Robert Little, of Bonnygrass, Singapore in about 1870, as per the bottom RH corner of the Wishart family tree up to the time of that marriage. 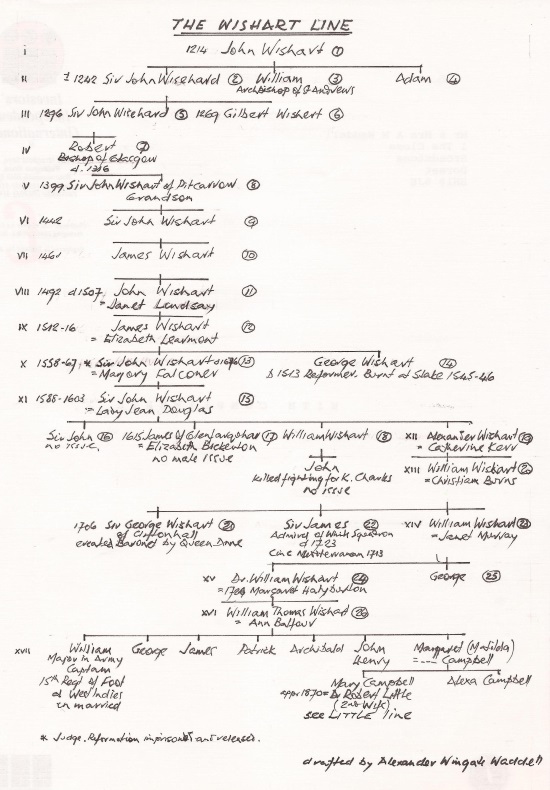 However, that section of the tree is structurally incorrect, and deficient in content, through no fault of Sandy (or Lexie Sumner for that matter). The tabulation below is in accord with the far more convincing Wishart family tree displayed on the website

The Wishart lineage brought forth numerous distinguished figures, amongst whom were

George Wishart (ca 1513 – 1 March 1546),
Religious reformer and Protestant martyr,
burned at the stake for his beliefs. 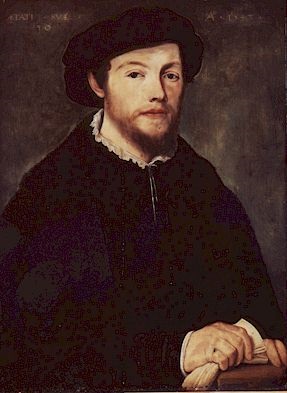 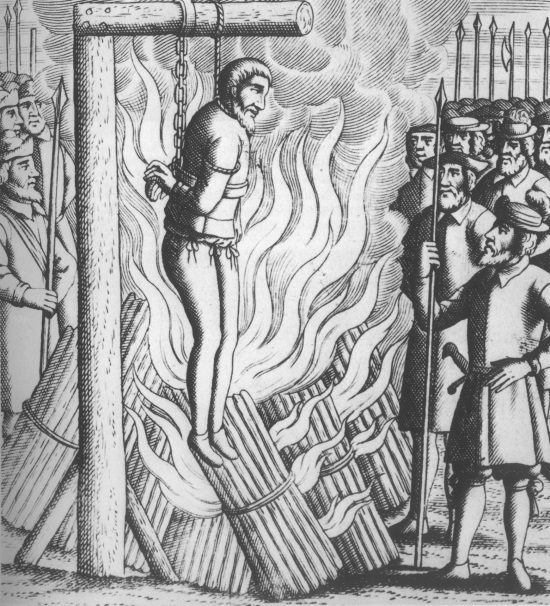 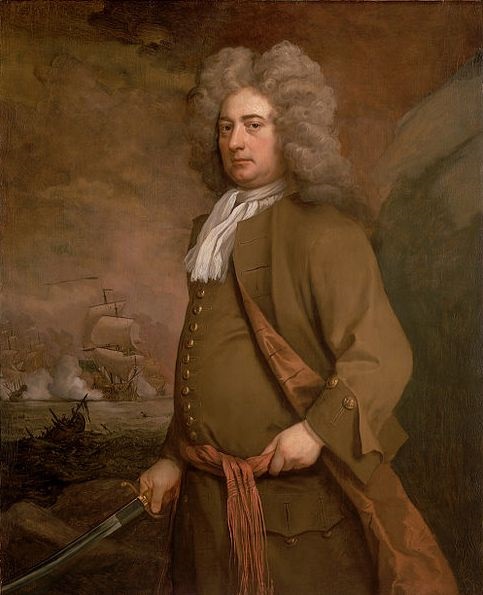 According to Sandy's lively correspondent Mary (Mollie) (née Little) Wilson, younger daughter of Uncle Matt Little, Lord Mountbatten once scathingly dismissed the more recent admiral in the Wishart family as "an extremely stupid man". Though HRH Charles Windsor, for whom I have considerable respect, held his great-uncle Louis Mountbatten (murdered by the IRA in 1968) in great esteem, the same cannot be said of my father-in-law Ronald Kaulback, who regarded Mountbatten as a skunk for his (Mountbatten's) betrayal of the Karens after the Second War. Can one respect a mere skunk's judgements?

So one pays one's penny and takes one's choice. There certainly don't seem to be any black marks on Wishart's distinguished naval record. 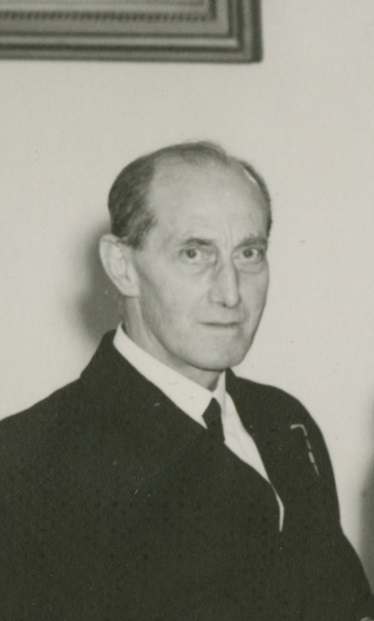 John Webster Wishart was born in Cowra, NSW on 15 September 1892 and later lived in Western Australia, South Australia, Fiji and New Zealand as his parents moved frequently for work. He completed his primary schooling in Suva, Fiji; and then undertook secondary education at St Johns Collegiate School in Auckland, New Zealand. Upon returning to Australia, Wishart entered the South Australian School of Mines and completed a Diploma in Mechanical and Electrical Engineering.

He joined the Royal Australian Navy (RAN) on 23 June 1915 as a probationary engineer Sub-Lieutenant and completed his initial training at HMAS Cerberus (Williamstown Naval Depot) in November of that year. Wishart departed Australia soon after and sailed to the West Indies where, in January 1916, he joined the light cruiser HMAS Sydney then conducting patrol duties in the Caribbean. Sydney, and sister ship Melbourne, departed the West Indies in August 1916 arriving in England in mid-September before joining the 2nd Light Cruiser Squadron and operating in the North Sea for the remainder of the war. In May 1917 Sydney was bombed by the German Zeppelin L43 but both parted company without damage to each other. The remainder of Sydney's work in the North Sea was arduous patrol and convoy escort work in often atrocious weather conditions.

Wishart was promoted to Engineer Lieutenant in June 1917. In October 1918 he was appointed as engineer of the destroyer HMAS Torrens, then serving in the Mediterranean. Following the end of the war Torrens, along with other Australian destroyers, steamed through the Dardanelles and operated in the Black Sea before undertaking a refit in England. The Australian Destroyer Flotilla then returned to Australia in mid-1919 and Wishart remained in Torrens until posting to HMAS Franklin (tender to the RAN College at Jervis Bay) in October 1920. John Wishart married Jessie Helena Couston, in Adelaide, on 20 June 1919 and they later had two children. Jessie had served as a Staff Nurse in the Australian Army Nursing Service, in Australia, during 1918-19.

Engineer Lieutenant John Wishart joined the destroyer HMAS Swordsman, recently gifted to the RAN by the Royal Navy, in January 1921 and served as her engineer until September 1922 when Swordsman was decommissioned. He then transferred to her sister ship HMAS Tasmania serving in her until January 1923. During this period the destroyers operated in eastern Australian waters. Wishart commenced his first shore posting, in early 1923, as assistant to the engineering manager at Garden Island Dockyard and was promoted to Lieutenant Commander in June of that year.

John Wishart returned to sea service in January 1924 as the deputy engineer of the light cruiser HMAS Melbourne and in September of that year, when Melbourne commenced a major refit, he transferred to Sydney. During his service in Melbourne the cruiser operated in Australian and New Zealand waters. His service in Sydney was more interesting as in early 1925 the cruiser steamed to Singapore to enable the 1st Naval Member (Rear Admiral Percival Hall Thompson, CB, CMG, RN) and his staff to attend the Pacific and Far East Conference where strategic defence matters were discussed. The cruiser spent 16 days in Singapore with substantial leave granted to the ships company.

In 1925-26 Sydney operated in Australian and New Zealand waters undertaking showing the flag cruises as well as exercising with the ships of the Royal Navy Squadron based at Auckland. In May 1926 Sydney conducted a showing the flag cruise to the New Hebrides and visited the port of Vila. In January 1927, Wishart was appointed to Garden Island Dockyard as first assistant to the engineer manager of the dockyard. His duties included managing the maintenance program for the fleet, the upkeep of ships in reserve and the maintenance of small craft and machinery at the Rushcutters Bay Naval Reserve Depot. He also oversaw the construction of the new seaplane tender HMAS Albatross. Wishart was promoted to Engineer Commander in December 1927.

His service at the dockyard was lengthy and his next appointment was not until January 1931 when he joined the heavy cruiser HMAS Australia as her engineer officer. He served in her for the next two years which included exercises in Australian waters and showing the flag cruises to New Zealand and various islands in the South West Pacific region.

Upon leaving Australia, Engineer Commander Wishart sailed to England in late 1933 for duties with the Admiralty and also to undertake the senior officers engineering course. On completion of this he toured a number of British engineering companies and dockyards involved in the construction of Grimsby class sloops; the RAN had decided to build two of these vessels at Cockatoo Island Dockyard. Wishart was then directed, in August 1934, to report to the Swan, Hunter and Wigham Richardson Ltd. Shipyard at Wallsend on Tyne to oversee the completion of the cruiser that was to become HMAS Sydney (II).

Sydney (II) commissioned on 24 September 1935 with Commander Wishart as her engineer officer and, following her work up, the cruiser served in the Mediterranean due to the concerns regarding the recent Italian invasion of Ethiopia. In April 1936 Sydney anchored off the Gallipoli Peninsula which allowed her crew to visit the battlefields where many of their relatives had fought and died. As a result of his duties in England, Engineer Commander Wishart was awarded the King George V Silver Jubilee Medal in 1935 for his services to the RAN.

In August 1936, Sydney arrived in Australian waters where she operated for the remainder of the year. In February 1937 the cruiser conducted the normal visit to Hobart for the annual regatta and exercises in Norfolk Bay. Later that year as part of the Spring cruise she conducted a circumnavigation of Australia. Wishart was also awarded the King George VI Coronation Medal in 1937.

John Wishart was appointed, in January 1938 to Navy Office in Melbourne, as the Deputy Director Engineering (Naval) and as assistant to the Engineer Captain. In December 1939 he was promoted to Acting Engineer Captain. His work in Navy Office now focused on the major ship-building program being implemented by Rear Admiral Percival McNeil which included Tribal class destroyers, Grimsby class sloops, Bathurst class corvettes, River and Bay class frigates and the conversion of several merchant ships into auxiliary cruisers, patrol vessels and minesweepers. In recognition of his hard work and devotion to duty he was appointed as an Officer of the Order of the British Empire (OBE) in July 1941 for 'Distinguished service as Deputy Director Engineering'.

On 26 August 1942 he was confirmed in the rank of Engineer Captain and in 1943 was appointed as the Director of Engineering (Naval). In February 1945 he proceeded overseas for tours of United States naval dockyards. Upon his return to Australia in late 1945 he was appointed to HMAS Kuttabul as the Engineer Manager of Garden Island Dockyard. Promoted to Engineer Rear Admiral on 14 September 1947 Wishart continued to serve as the Engineer Manager at Garden Island as he waited for Rear Admiral Alec Doyle to complete his tenure as 3rd Naval Member (responsible for all naval engineering).

On 22 September 1948, Wishart was appointed as 3rd Naval Member and Chief of Construction, returning to Melbourne to serve in Navy Office. In June 1950 he was made a Commander of the Order of the British Empire (CBE) for services to the RAN. His period as 3rd Naval Member saw the disposal of many wartime vessels, the introduction of the RAN's first aircraft carrier and a commitment of naval forces to the Korean War. After a career spanning nearly four decades Rear Admiral John Wishart transferred to the RAN retired list on 15 September 1953. For his long and distinguished service in the RAN he was appointed as a Companion of the Order of the Bath (CB) in the New Year Honours List in 1954.