But as hope had faded of getting images of that familiar frontage that over some thirty or so years had emerged through the prevailing woodland at our every visit to Cosmo and Phillada, I happened upon an eBay item of the external design proposals as first presented to General Haskard – and indeed quite possibly published – back in 1931, by the eminent Frimley architectural partnership of Harold Reginald Poulter and Briant Alfred Poulter (1881-1972) that he had engaged. 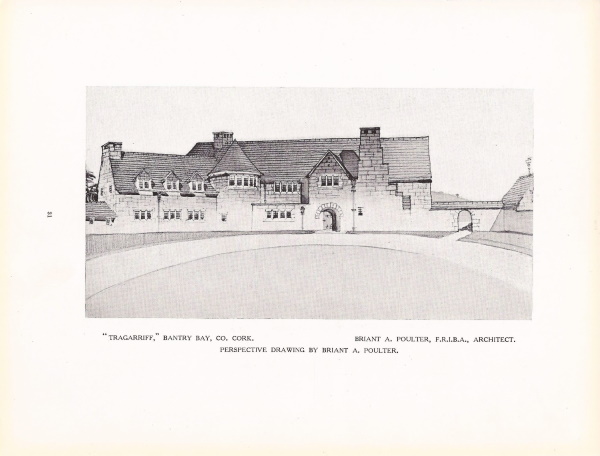 This does indeed look reasonably consistent with my recollections, but I couldn’t possibly vouch for each and every feature and detail (and of course the woodland encroached towards the house far more than is suggested here).

It’s rather like the recognition of an old friend – a back-brain pattern-matching, rather than an analytic forebrain analysis ticking-off each feature in an orderly way.

In A Scandal in Bohemia, Sherlock Holmes instructs Dr Watson [the narrator] on the difference between seeing and observing:

“When I hear you give your reasons,” I remarked, “the thing always appears to me to be so ridiculously simple that I could easily do it myself, though at each successive instance of your reasoning, I am baffled until you explain your process. And yet I believe that my eyes are as good as yours.”

“Quite so,” he answered, lighting a cigarette, and throwing himself down into an armchair. “You see, but you do not observe. The distinction is clear. For example, you have frequently seen the steps which lead up from the hall to this room.”

“Well, some hundreds of times.”

“Then how many are there?”

“Quite so! You have not observed. And yet you have seen. That is just my point. Now, I know that there are seventeen steps, because I have both seen and observed.” 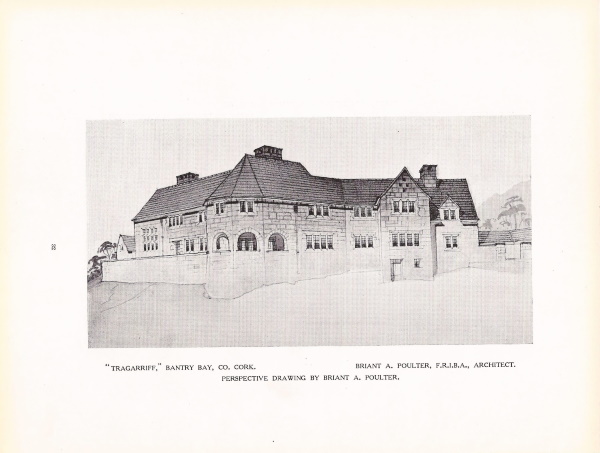 This view takes some getting used to, as few if any visitors would have seen the house from such a perspective. What does baffle both ends of the brain is the sheer height above ground level! The retaining wall was subsequently omitted, and the ground-level was built gradually up from the rocky foreshore to provide the lawn which can be seen in the photographs.