Built by Cosmo's father General Haskard in the 1930's, probably as an unwitting re-creation of his own imposing but cold and draughty Victorian prep school, set amongst close-pressing woodland, it has to be admitted that Tragariff presented a slightly bleak first impression. Unfortunately, for various reasons, I don't have a photograph of the frontage, but to the rear, a gentler architecture and a beautiful lawn that swept down to the rocky foreshore of Bantry Bay (with Ardnagashel not too far away around the corner) were indeed totally beguiling.

As indeed were Cosmo and Phillada themselves. And although the interior of the house was architecturally just as spartan as the façade, it was suffused by the warmth of their personalities and the memorabilia of their careers as ideal representatives of the colonial model that (at its very best) the British Empire aspired to.

Phillada herself was English through and through, and slightly formidable until one got to know her better. But Cosmo of course was Anglo-Irish, with a self-deprecating modesty of manner, and an entirely unaffected old-fashioned patrician accent that you could have bottled and sold to American tourists. They were both lovely people, the like of whom one will not see again. 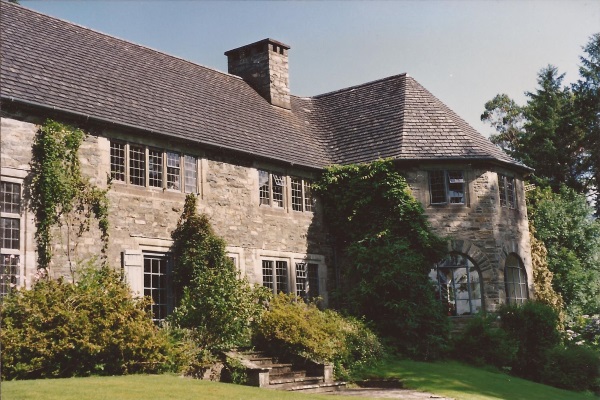 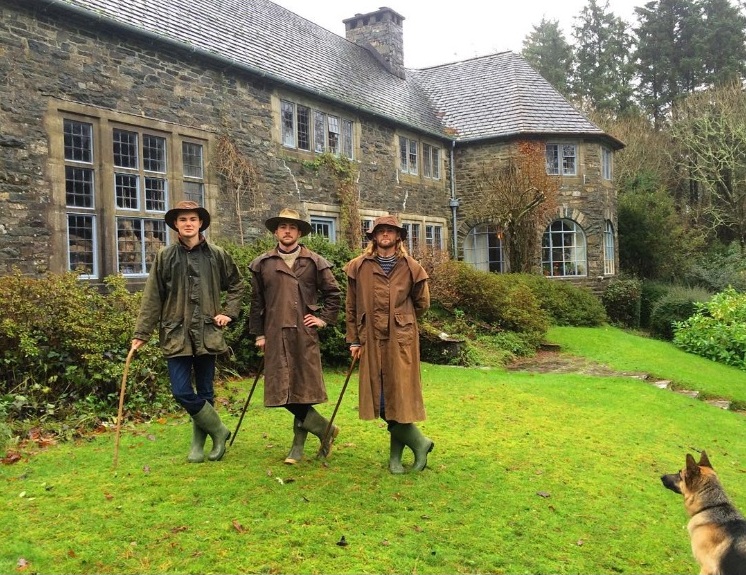 Plus grandson Piers, et al,
and one of the resident Alsatians
(which typically only responded to commands in Swahili)

Tea on the terrace