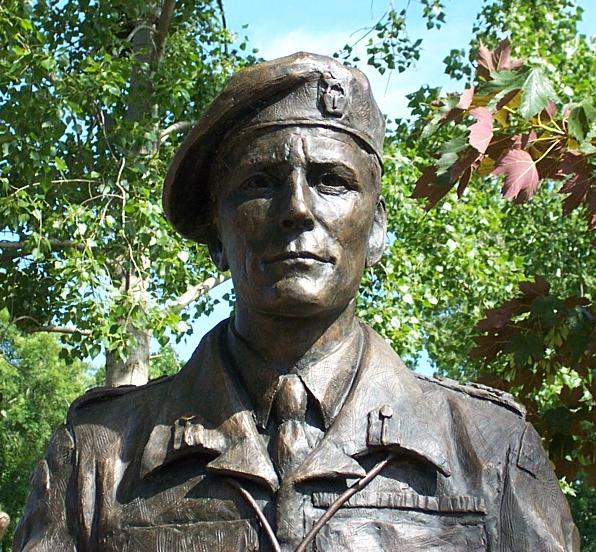 One of D-Day's most celebrated leaders had a life-size statue of himself unveiled by The Prince of Wales.

Brigadier James Hill, 93, was present with his wife Joan at the unveiling of the bronze statue at Le Mesnil where 60 years ago, on the 6th June 1944, he rallied his troops in the vital first hours of D-Day.

The senior officer now joins some illustrious company as his statue is one of only two commemorating British officers in France. The other belongs to Field Marshal Bernard Montgomery – the commander of Allied forces in Normandy.

Brigadier Hill commanded the 3rd Parachute Brigade on June 6, 1944 when 2,500 men jumped into enemy territory in Normandy with the vital task of holding the eastern flank of the Allied forces against the German counter-attack while the troops on the beaches secured a foothold in Europe.

Brigadier Hill was wounded early on in the fighting, but continued in command to make sure his troops were successful in repelling the German attacks. 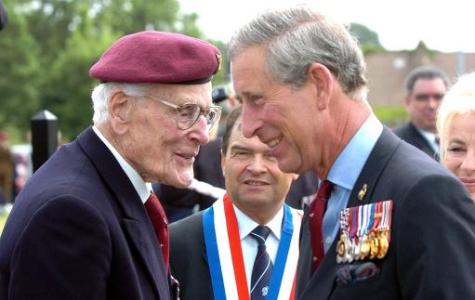 Dressed in his red beret and trademark stick which he carried with him 60 years ago, Brigadier Hill was warmly welcomed by the Prince, who then pulled back a Union Jack to unveil the statue. 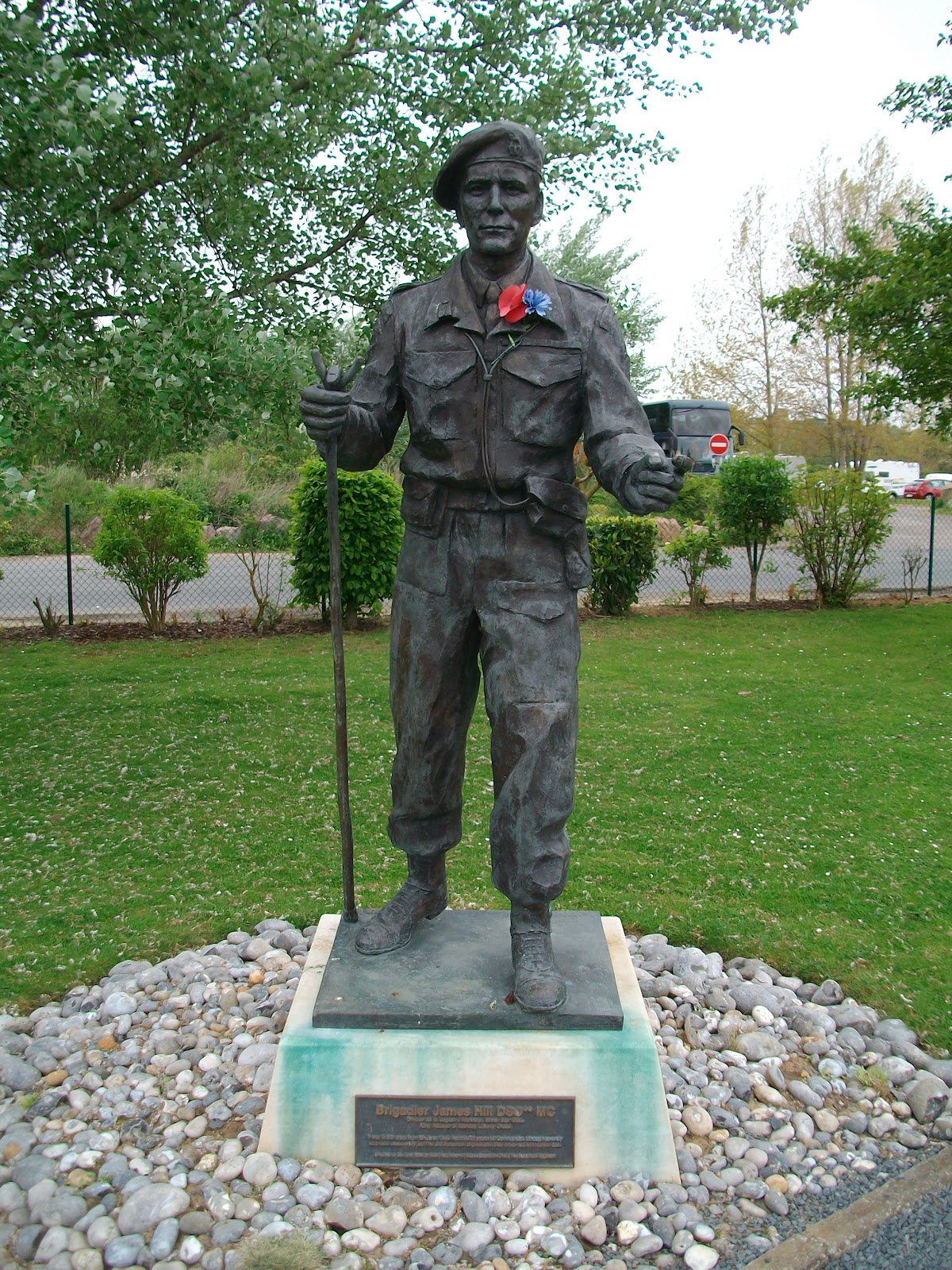 The statue is in a wooded area close to the crossroads and the service was attended by more than 300 of the Brigadier's loyal troops from that day in 1944.

The Prince said: "I feel the most enormous pride in being here today to join you all, but in particular to be in the company of such wonderful airborne forces characters. "I have been Colonel in Chief of the Parachute Regiment for nearly 30 years and I know something of that extraordinary spirit.

"But I feel even greater pride in being here today to honour Brigadier James Hill, who is one of the great characters in the airborne forces. I have known a few in my time, and it is sad to see so many of these great characters disappearing, but they leave behind them a wonderful and splendid legacy.

"The occasion gives us a particular time to remember a great deal about their courage and, above all, their sacrifice made for all of us, and for my generation, which was born after the war and who lived on war stories.

"Though it may be somewhat embarrassing for Brigadier Hill that he has a statue in his memory, it is there to commemorate those men who died and served with him.

"Many of them, I realise, are the same ages as both my sons are and that made me think a great deal." 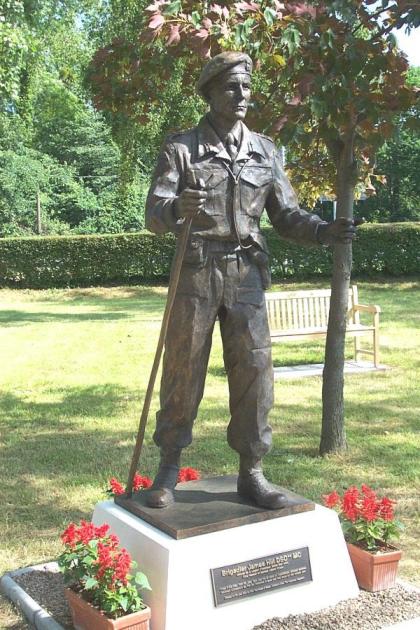 The chief of the general staff, General Sir Mike Jackson, who was born on D-Day in 1944, added his tribute to Brigadier Hill, who was awarded a Distinguished Service Order and Military Cross with bar.

"He is one of the most decorated leaders in the war," he said.

"His leadership, courage and humanity remain a source of inspiration for serving soldiers here today. James, you are a living legend, sir."

The description was wholeheartedly endorsed by veterans who served under the Brigadier. William Green, 81, who is originally from West Bromwich, West Midlands, but now lives in Toronto, Canada, said: "He was an inspirational leader and very well liked. I was very pleased with the service and this is a fitting tribute to both the Brigadier and our fallen comrades."

Albert Watts, 82, from Chesterfield, Derbyshire, said: "Brigadier Hill is a great character and he always treated the men as humans and was very well thought of. "I have been ill, but I was determined to come here today to see the statue and pay my respects to those who did not come back." 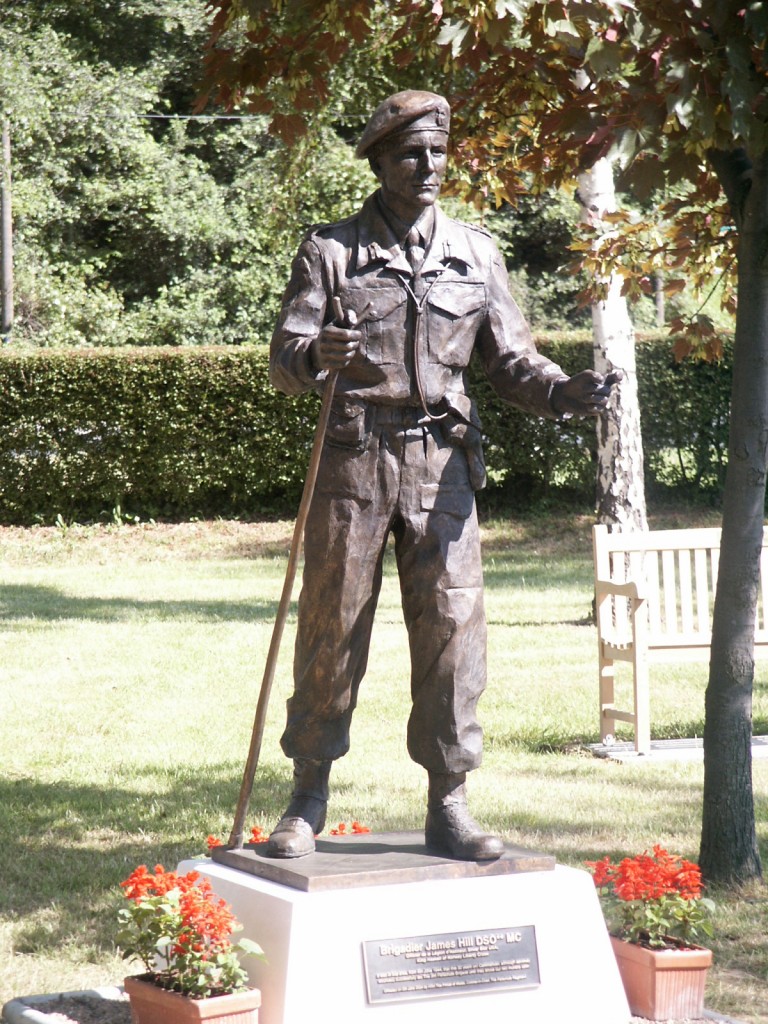 Earlier, at the ceremony in Le Mesnil, the Prince took the salute as 300 veterans, many in the famous red beret, marched past to applause from the 1,000-strong crowd of English, Canadian and French people who came to pay their respects in this quiet part of Normandy.

Many of the veterans, now in their 80s, used walking sticks but still marched smartly in time in their blazers, with medals proudly displayed.

There was a ripple of laughter at one point when one veteran, breaking his smart march, waved at the Prince as he went past.

The march past was headed by the band of the Parachute Regiment. French schoolchildren waving British, Canadian and French flags also marched past the Prince.

The national anthems of both France and Britain were played. At a memorial to those who died near the newly unveiled statue, Brigadier Hill and local French dignitaries laid wreaths. 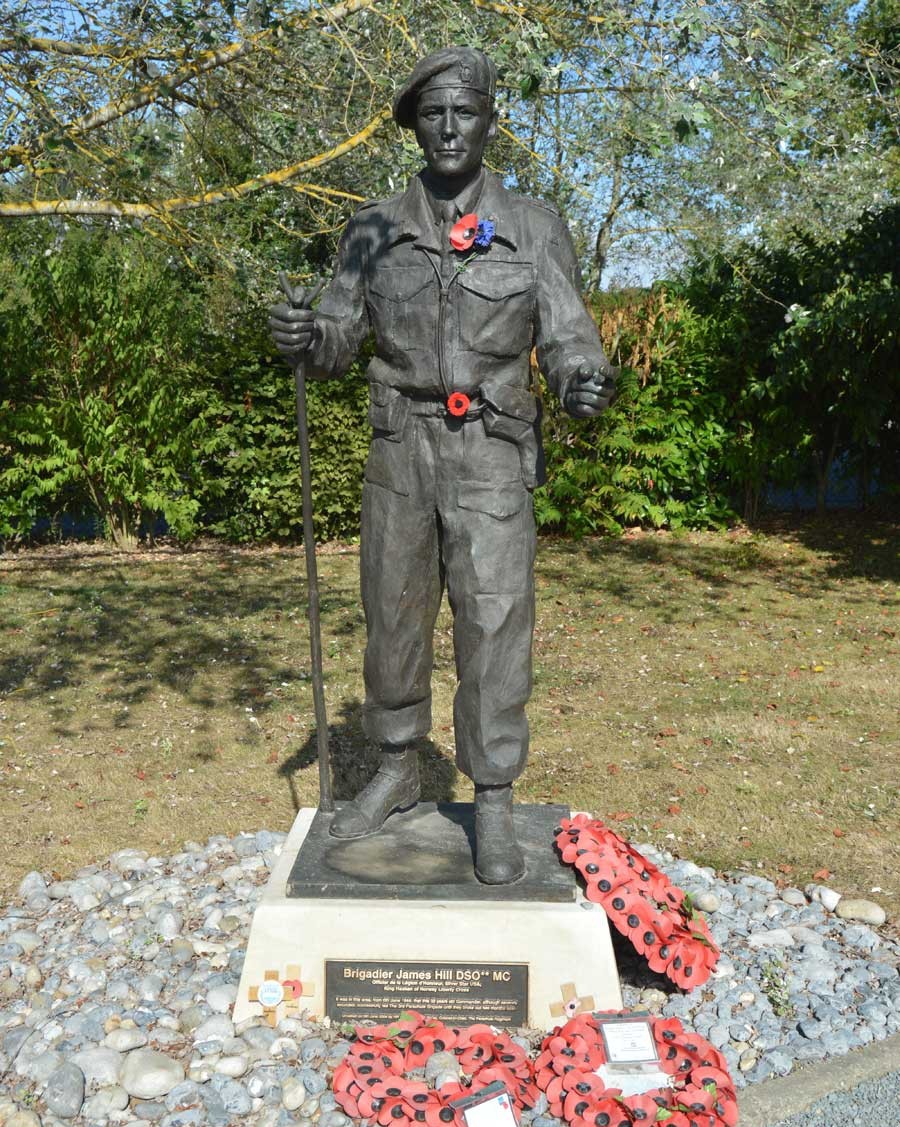 A drumhead service also took place for the veterans, who sang the hymn The Lord Is My Shepherd. 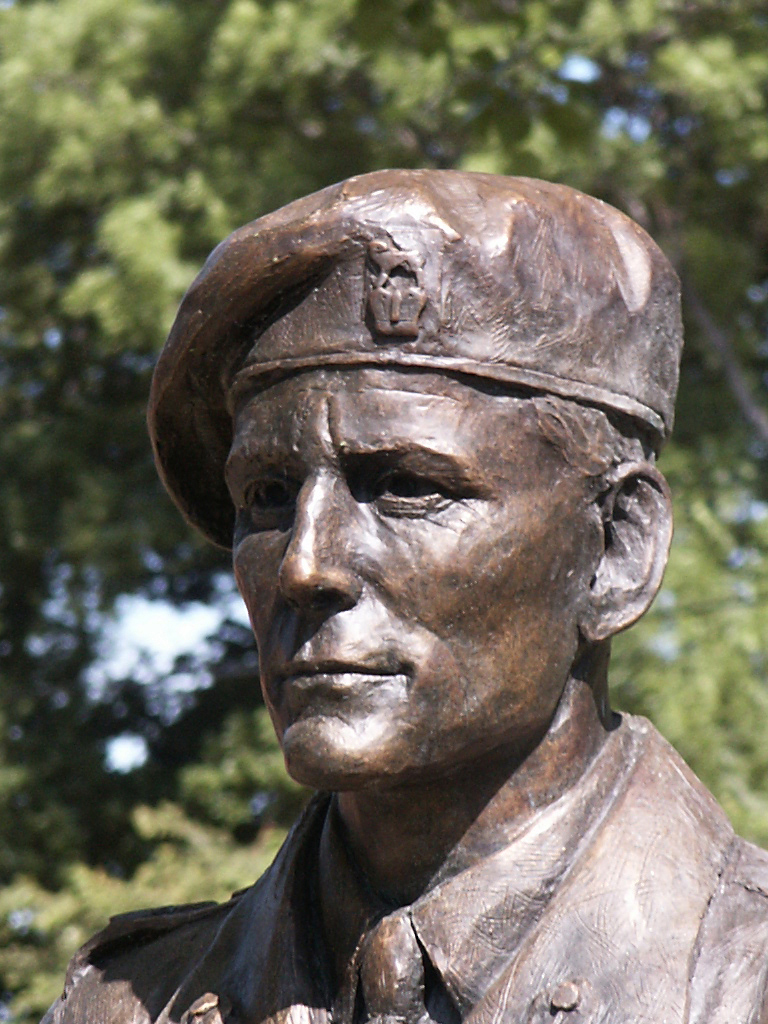