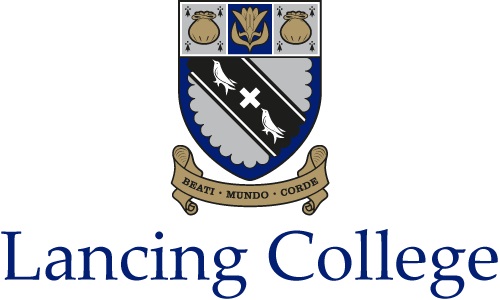 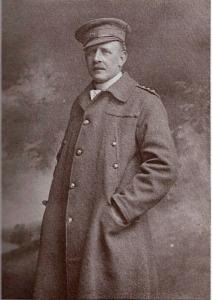 Buried at St John the Baptist Churchyard at Frome

Hugh Cyril Arthur Brooking was born at Bovingdon in Hertfordshire on the 15th of September 1870 the eldest son of the Reverend Arthur Conolly Brooking, Vicar of Bovingdon, and Marian Frances Georgiana (nee Ryder) Brooking later of Purfleet. He was christened at Bovingdon on the 23rd of October 1870.

He was educated at Lancing College where he was in Fields House from January 1884 to July 1888.

He went to South Africa in 1890 where he became Manager of the Filibussi Gold Mine.

He was commissioned as a 2nd Lieutenant in the North Somerset Yeomanry on the 9th of October 1895 and was promoted to Lieutenant on the 8th of August 1903. He attended a musketry course at Hythe in 1903.

He was promoted to Captain on the 5th of November 1904, rejoined to his regiment on the 12th of May 1906 and resigned his commission on the 17th of April 1907. In 1911 his address was given as North Parade, Frome in Somerset.

Following the outbreak of war he was reappointed to his old regiment with the rank of Temporary Captain on the 8th of August 1914 and embarked for France with his regiment from Southampton on board the SS "Rosetti" on the 2nd of November 1914. They disembarked at Le Havre at 6pm the following day. His regiment was attached to the 6th Cavalry Brigade on the 13th of November and joined them in the field at Ypres two days later. In July 1915 he was sent back to the UK on the orders of the General Officer Commanding the British Expeditionary Force as he was "prematurely worn out".

He did not report sick on his return. Instead he reported to Tidworth Barracks where he took command of the 3/1st North Somerset Yeomanry, 11th Reserve Cavalry and returned to France in December 1916 in command of horses for a brigade of the Royal Field Artillery. He returned in the middle of June 1917 when he was seconded to 377th Labour Company, Labour Corps, based at Peckham and was confirmed in the rank of Captain on the 31st of July 1917. He eventually reported sick and was diagnosed with chronic rheumatism.

He attended a Medical Board Purfleet Military Hospital in Essex on the 15th of March 1918, which noted:- "He still has much stiffness in morning and a dull ache at night prevents him sleeping." It concluded that the condition dated back to his service in South Africa.

On the 1st of May 1918 a further Medical Board sat at Purfleet:- "Has suffered from rheumatism and malaria in the past. Infection from graze on finger of right hand while on duty at camp. Making fair progress. Should be fit for discharge in a month."

He died of blood poisoning at Purfleet Military Hospital a month later.

He is commemorated on the war memorial at Bovingdon.