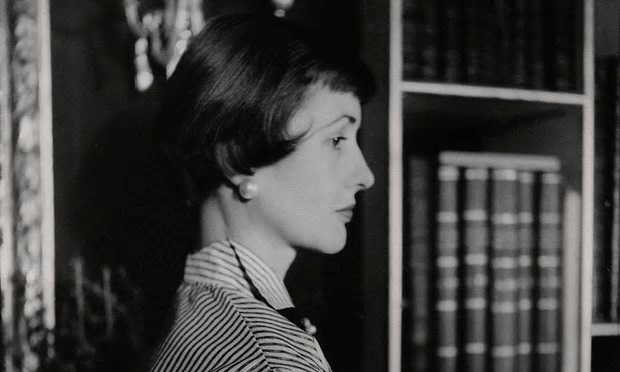 Virginia Surtees photographed by Cecil Beaton, 1953. At the time, she was at the heart of diplomatic life in Rome, as wife of the British ambassador, Sir Ashley Clarke. Photograph: National Portrait Gallery London

Virginia Surtees, who has died aged 100, was an art historian whose two-volume catalogue of the complete works of Dante Gabriel Rossetti, published in 1971, initiated the revival of interest in the then-neglected artist. The book's closely researched catalogue entries broke new ground, setting a standard of scholarship for the study of pre-Raphaelite painting to which a generation of art historians aspired.

Two years later she was responsible for the first modern retrospective of Rossetti's paintings, drawings and watercolours at the Royal Academy of Arts in London, introducing his artistic achievement to a public who had thought of him primarily as a poet with an exceptionally lurid private life. In the decades to follow she published more than a dozen books – many centred on lively, independent and sometimes difficult women.

Assiduous in her archival research and unrelenting in pursuit both of elusive documents and descendants who owned or knew the whereabouts of family papers, Surtees based all her books on primary sources. When editing an unpublished diary or cache of letters, she refrained from commentary or interpretation, the better to allow her subjects to speak for themselves.

Among those subjects were the outspoken Jane Welsh Carlyle (1986) and the radical socialist (and tiresomely teetotal) Rosalind Howard (in The Artist and the Autocrat, 1988). At some level these choices may have reflected facets of Surtees' own life and personality. Certainly she sympathised with women who broke free from the rigid constraints and conventions of polite society – women such as Susan Hamilton, whose flight and subsequent divorce from her brutal husband Lord Lincoln created a particularly noisy Victorian scandal (chronicled in A Beckford Inheritance: The Lady Lincoln Scandal, 1977).

Other books written or edited by Surtees celebrate the amenities of brave decisions and generous friendships: Charlotte Canning (1975) was about the lady in waiting to Queen Victoria who was married to the governor-general of India at the time of the Mutiny; Sublime and Instructive (1972) collected the correspondence of Canning's sister Louisa Waterford, an accomplished artist and correspondent of John Ruskin's; and Surtees selected letters of the high-spirited Harriet Granville, wife of the British ambassador to Paris during the first half of the 19th century, in A Second Self (1990).

Surtees also wrote in 1993 about the artist and entrepreneur Coutts Lindsay, founder of the greenery-yallery Grosvenor Gallery. Her scrupulously edited editions of the diaries of the painters George Price Boyce (1980) and Ford Madox Brown (1981) are essential sources for anyone interested in the pre-Raphaelite Brotherhood and their associates.

She was born Virginia Bell, in London. Her father, Edward Bell, was an American diplomat; her mother, Bertha, whom Virginia would come to detest, was a descendant of the 19th-century antiquarian Robert Surtees, of Mainsforth Hall, County Durham, an imposing country house Virginia knew from childhood and would one day inherit. Together with her beloved older sister Evangeline (later to marry David Bruce, US ambassador to first Paris and then London), Virginia spent her early childhood in Beijing. After their father's sudden death in 1924 and their mother's subsequent marriage to the British diplomat James Leishman Dodds, the children followed their stepfather's postings around the world.

Finding herself in Tokyo in 1937, the 20-year-old Virginia escaped from her mother – but not from ambassadorial life – by marrying a rising British diplomat, Ashley Clarke. After postings in Lisbon and Paris, Clarke was knighted in 1952. The following year he was appointed British ambassador in Rome. Although scrupulous in the performance of her duties as the wife of an ambassador, Virginia disliked diplomatic life intensely.

Tall, slim and strikingly beautiful, she was a popular figure in Rome, photographed by Cecil Beaton and on friendly terms with Percy Lubbock, Osbert Sitwell and Max Beerbohm. Friendships with visiting artists, actors and writers enlivened the tedium of diplomatic dinners and receptions, while the companionship of her much-loved bulldogs helped mitigate any loneliness she may have felt in these years.

In 1956, as one of the tasks expected of an ambassador's wife, she visited a severely injured British national in hospital. David Craig's story was tragic. As general manager in Italy for the BEA airline, he had been driving from Rome to Venice on business when his car crashed, killing his wife and leaving him with appalling injuries. Their ensuing affair ended her 23-year marriage to Clarke. After their divorce in 1960 Virginia was ostracised by Clarke's family and shunned in diplomatic circles, except for loyal friends such as Cynthia Gladwyn, and Alan and Margaret Campbell. Though she would never have shown it, the price she paid for her freedom must have been enormous.

Her marriage to Craig lasted only two years. Living on her own in London and free to pursue her own interests, she became her own woman. To inherit the Mainsforth estate she changed her surname to that of her grandfather, whose wife (Virginia's grandmother) was the daughter of Rossetti's model Ruth Herbert, a popular Victorian actress whom the artist described as his "first stunner". This family connection is what first sparked Surtees' curiosity about Rossetti and inspired her to form her important collection of his paintings, drawings and watercolours. Encouraged by the retired director of the Fitzwilliam Museum, Sydney Cockerell (who in his youth had been secretary to William Morris), she embarked on the compilation of a complete catalogue of the artist's work. The project entailed 10 years of research and writing, during which she acquired a wide circle of friends – museum directors and curators, art dealers, descendants of artists, scholars, students, and biographers. Among them were Rossetti's biographer Rosalie Mander, Edward Burne-Jones's great-granddaughter Mary Ryde (later Oliphant) and the writer Diana Holman-Hunt. Inevitably these bluestockings became known as the "pre-Raphaelite Sisterhood".

Until she entered a nursing home in 2014, Surtees lived in an elegant London flat overlooking Onslow Square, in South Kensington. The walls of the magnificent drawing room, painted in Chinese yellow, were densely hung with drawings and paintings of the highest quality, among them Rossetti's triple portrait of May Morris, his Ruth and Boas (in the original frame reputedly designed by William Burges), and his portrait in pencil of Georgiana Burne-Jones, as refined and as sensitive as a drawing by Ingres.

The most important of these works were sold at Christie's in 2014; others she bequeathed to the Victoria and Albert, Ashmolean and Fitzwilliam Museums. A floor-to-ceiling bookcase filled one wall, and stacked neatly on every flat surface were recent publications or books on loan from the London Library. Over the fireplace hung a three-quarter-length portrait of Ruth Herbert by James Rannie Swinton, and by one of the huge windows stood a chair of vaguely gothic design by the architect John Seddon. Here Surtees gave lively dinners for friends who loved her as much for her idiosyncrasies as for her gifts as a writer and scholar.

Chief among them was her utter devotion to her slobbering bulldogs Fortinbras and Bolingbroke, and the wit with which she inveighed against any infringement of her firmly held ideas as to correct usage or behaviour. To call her Virginia without knowing her well did not lead to closer acquaintance. New friends quickly learned on no account to attempt a social kiss, to bring her flowers (which she disliked almost as much as music) or to telephone on a Sunday.

A first encounter with her formidable personality could be intimidating, but her essential kindness and generosity quickly became apparent. I should know. In October 1994 an exhibition of the art of James McNeill Whistler on which I had been working for several years was about to open at the Tate Gallery. That morning I received in the post a padded envelope instantly identifiable as from Virginia by the oversized scrawl of her handwriting. On opening it, I was astonished to find an exceedingly rare pen-and-ink sketch by Whistler. The card that accompanied it was typically off-hand, but inscriptions on the back revealed its extraordinary provenance: first presented by the artist to his sister-in-law, it had never been sold, but passed as a gift from friend to friend for almost a century. From that day to this it has been my single most cherished possession.

Her sister Evangeline died in 1995. She is survived by a nephew, Nicholas.