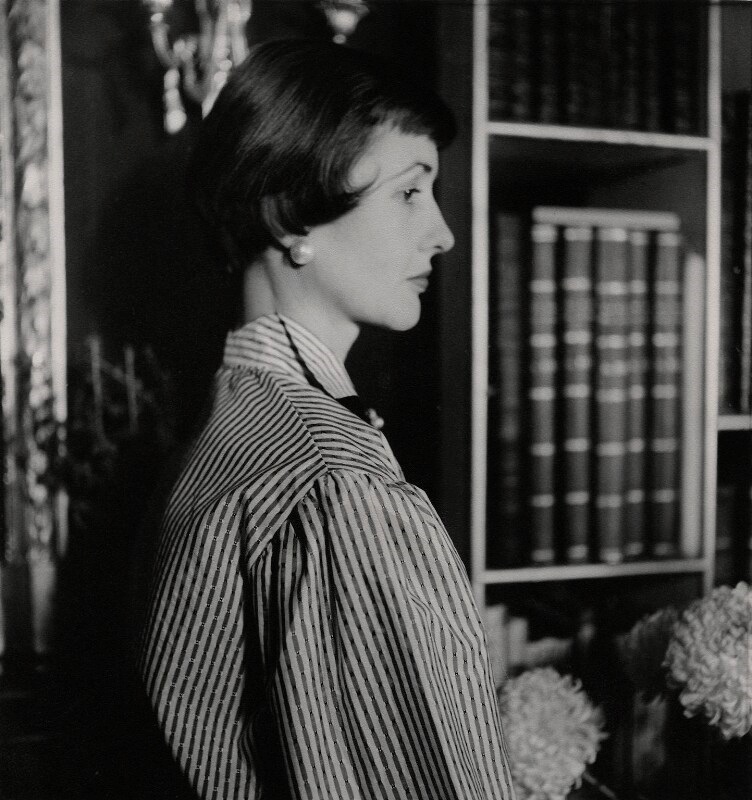 Virginia Surtees (9th January 1917 – 22nd September 2017) was an English art historian and author. Surtees lived to the fine old age of one hundred and is best remembered as an 'Art historian who broke new ground in the study of Dante Gabriel Rossetti and Pre-Raphaelite painting'.[1]

In 1971, Surtees published a catalogue raisonné of Rossetti's works, and thereby triggered a flourish of academic attention upon the then-neglected, and perhaps even then-derided, artist.

Surtees background was one of wealth and privilege. She was born in London; her father was Edward Bell, an American diplomat and her mother, Bertha who was known as Etelka, was a descendant of the nineteenth century antiquarian Robert Surtees, of Mainsforth Hall, County Durham.[2] 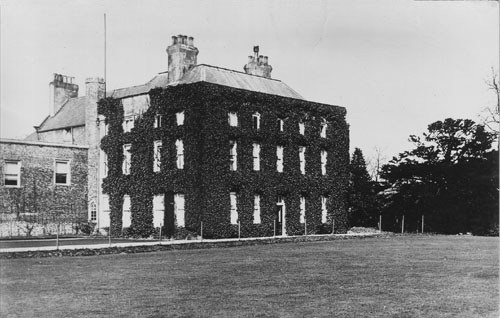 Mainsforth Hall, a property she eventually inherited, was an imposing country house which was a central location for her family throughout her childhood. Along with her older sister, Evangeline, Surtees also spent much of her early youth in Beijing (or Peking as it was then called). After their father's sudden death in 1924 and their mother's subsequent marriage to the British diplomat James Leishman Dodds, the children were moved around the world at the behest of Dodds' various postings which included Tehran, Cuba, Peru, Stockholm and Tokyo. Surtees' relationship with her mother gradually became fraught and dysfunctional, and she grew to detest her.

In Tokyo in 1937 when Surtees was just 20, she met and subsequently married Henry Ashley Clarke in Japan. He was a diplomat and so, once again Surtees found herself moving as Clarke was posted, first to Lisbon then Paris then Rome. Clarke was knighted in 1952. Surtees reportedly disliked the diplomatic life, or certainly came to loathe it on later being ostracised from it, even though she met and entertained many famous people: from Sir John Gielgud to E.M. Forster, Field Marshal Montgomery, L.S. Lowry, and Dame Margot Fonteyn.

As an ambassador's wife, Surtees had certain public-facing tasks. In 1956, when undertaking just such a role, she visited a severely injured British national in hospital. The patient was called David Craig who was an airline manager in Rome. When driving to Venice on business he had a car crash which killed his wife and left him severely injured. Surtees and Craig had an affair which resulted in her twenty three year marriage ending. Divorcing Clarke in 1960, Surtees was shunned by his family, friends, and their ambassadorial circle, aside from a few close friends of hers.

The same year, she married Craig but that only lasted two years, and Surtees refused to speak about the relationship thereafter. So as a single woman, living by herself in London she gradually became her own woman, seemingly relieved from the pressures of embassy entertaining. Having inherited Mainsforth estate, she changed her name to Surtees which was her grandfather's name. Her grandmother had been the daughter of Rossetti's model, the actress Ruth Herbert. It is said the word 'Stunner' was first used to describe Ruth. This familial connection with Rossetti and the fact her mother had given her numerous Rossetti sketches when she was just 21, set Surtees on a path of exceptional scholarship and archival research. Having the luxury of money, she began to collect Rossetti's works with the encouragement of Sydney Cockerell (at that time the retired director of the Fitzwilliam Museum which holds a number of Pre-Raphaelite works). Cockerell had his own connections to the Pre-Raphaelites having been secretary to William Morris.

An entire decade was then taken up with Surtees cataloguing, making connections, researching and tracing works of art by Rossetti: from the elusive and now never seen in public Fra Pace to the more well-known drawings of Lizzie Siddal. Surtees ingratiated herself with artists, students, biographers, relatives, descendants, and of course curators. She became friends with Diana Holman Hunt and Edward Burne-Jones's great-granddaughter Mary Ryde (later Oliphant). 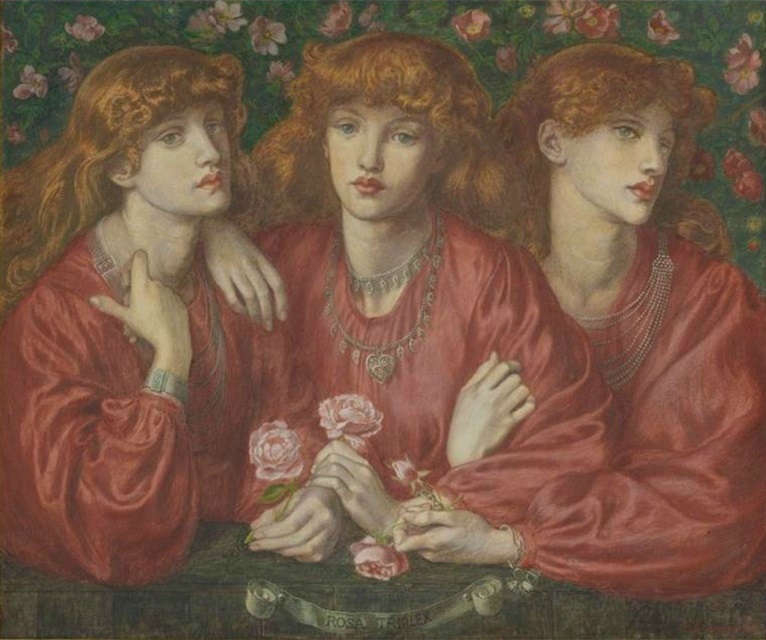 Surtees remained living in South Kensington, in a beautiful flat overlooking Onslow Square where her Chinese yellow drawing room was hung with many Pre-Raphaelite works. In 2014, when Surtees moved into a nursing home she put several works up for sale at Christie's including Rossetti's Rosa Triplex or The Triple Rose (1874) which she had bought in 1951 for £285 and was sold for £902,500 (it had been estimated to sell between £700k – £1,000,000).[3]

Other works were bequeathed to the Victoria and Albert Museum, the Ashmolean Museum and of course, the Fitzwilliam Museum. The flat must have been quite something with her wonderful collection, including a three-quarter-length portrait of Ruth Herbert by James Rannie Swinton, which was hung over the fireplace. 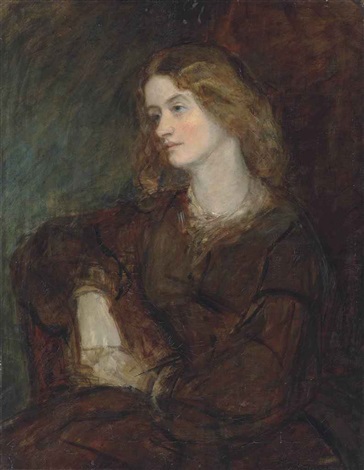 Surtees was to some extent a loner in her later life; she never had children and avoided the pomp and circumstance of artistocratic and ambassadorial life. She appears to have been a frosty woman, refusing kisses, hating flowers and music, and being opposed to taking phone calls on a Sunday. But those that knew her well suggest she was generous in spirit even if that was occasioned with a brusque manner (she is known to have given drawings away for example, e.g. she even sent a Whistler sketch to a journalist). She was elegant and sophisticated and the photographs Cecil Beaton took of her, show her to have been a lithe beauty. It is said they argued about what she wore in his portraits of her, so clear was her idea of what she wanted her image to be. Surtees could be said to have held salons rather than had close intimate relationships, and appears to have found her greatest comfort and affection in her two bull-dogs, Fortinbras and Bolingbroke. 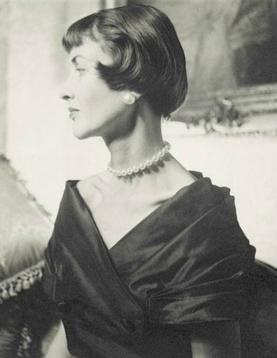 Her determined and perhaps aloof character gave her the drive to recover and catalogue Rossetti's work, and it is a testament to her skill and scholarship that her work is still the go-to authority (although word is that the catalogue raisonné is going to be revised). 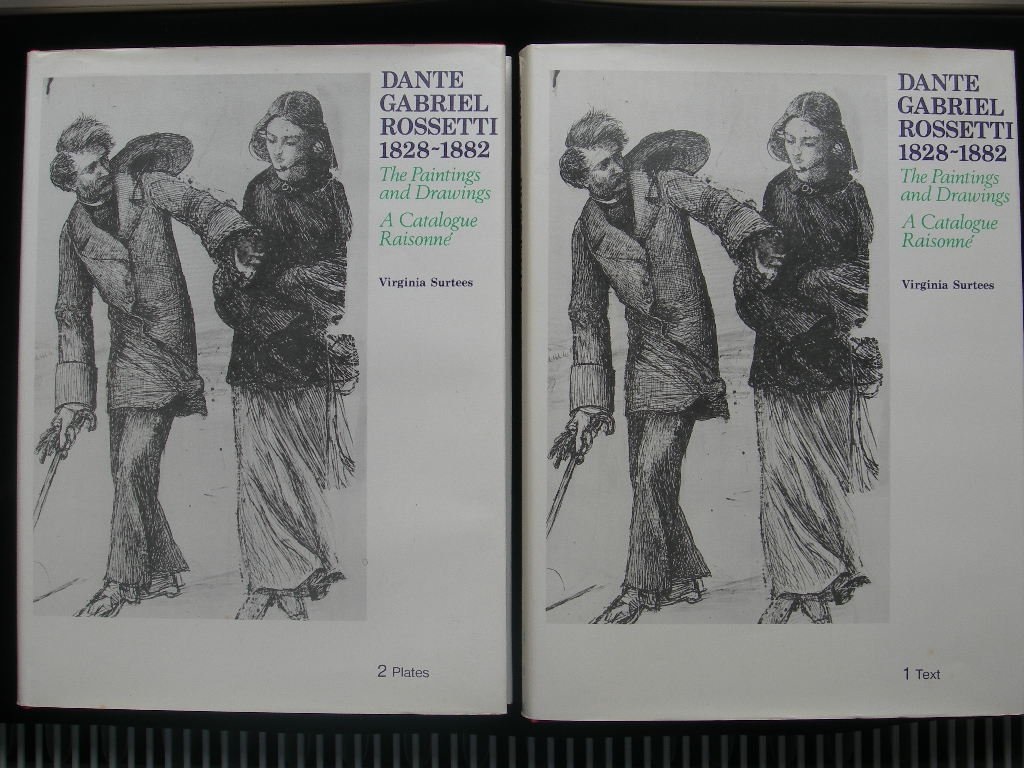 In 1973, two years after the Rossetti catalogue raisonné (which was dedicated to Cokerell) Surtees curated the first retrospective of Rossetti's works since his memorial show in 1884, at the R.A., thereby helping his reputation gather new respect and new interest. Pre-Raphaelite scholars are indebted to her determination, not just for her work on Rossetti but for that on Elizabeth Siddal, George Price Boyce (the remaining diaries of whom tell us much about the early days and relationships of the Pre-Raphaelites), and Anna Blunden. 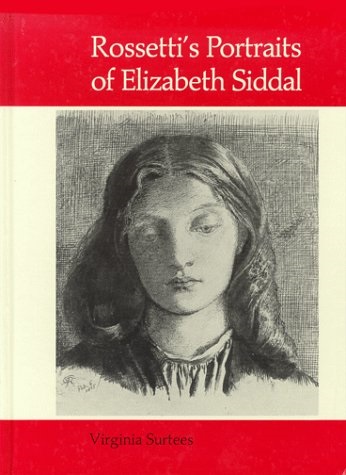 Surtees' Book on Portraits of Siddal

Selected publications by Surtees on the Pre-Raphaelites and their Associates include:

Surtees also wrote various books on women, often so-say difficult or perhaps rather independently minded women. Perhaps Surtees identified with those on the periphery of society, even if they were monied or educated. Either way, she had an eye for detail and a way of bringing the life of artists' into the forefront of modern British consciousness. The National Portrait Gallery has nine portraits of Surtees in their collection and many are by her first husband Clarke. There are also works by her own hand in the NPG's collection, including photographic portraits of Margot Fonteyn and Greta Garbo.[4]