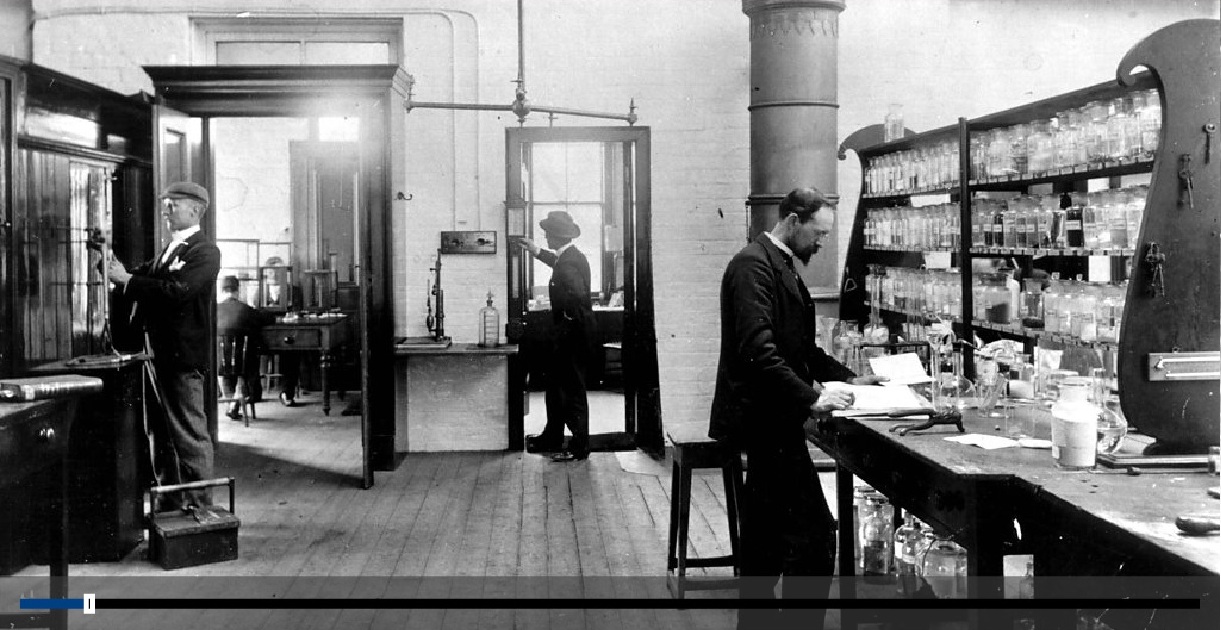 The Ardeer site proved to be ideally suited to the manufacture of high explosives. When Alfred Nobel moved to the area in 1871, he described it vividly in a letter to his brother.

"Picture to yourself everlasting bleak sand dunes with no buildings. Only rabbits find a little nourishment here; they eat a substance which quite unjustifiably goes by the name of grass. It is a sand desert where the wind always blows often howls filling the ears with sand. Between us and America, there is nothing but water a sea whose mighty waves are always raging and foaming. Now you will have some idea of the place where I am living. Without work the place would be intolerable."

The factory made two main product ranges for use in WW1, namely explosives and propellants, which were used to deadly effect on the front line.

There were also tragedies at home. Though there were measures to stop explosions from ripping through the buildings, there were fatal accidents during the war - one of which resulted in the death of Eric's own aunt Maisie.

Please click the link below to hear the clip

[I have to say that I find the sound-track on this recording quite hard to follow, though there was no such difficulty when the superb BBC programme was broadcast in full.]